Can you also buy a ‘dumb’ high-end TV without smart functions?

What is a smart TV?

For those who want to know briefly and simply what a smart TV is, there is an answer. A smart TV is a TV that can be (wirelessly) connected to the internet and other devices, offers access to a range of applications and online services, and can often also be operated with an app for your smartphone or tablet. There are of course many more ‘smart’ functions on smart TVs than are described in this sentence, so read our article about what a smart TV is for all the ins and outs. 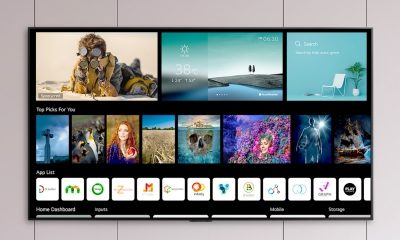 Chances are, however, that you don’t need all those smart things at all, perhaps because you already have a Chromecast HDMI stick, an Apple TV or a digital TV decoder that offers enough smart functions. You could then say that you want a television without all those features and therefore save money and have a TV that is less prone to problems with updates. The problem, however, is that this is easier said than done, especially when you go for the best possible image quality. Almost all major manufacturers only offer TVs that are equipped with (some of these) ‘smart’ functions. All high-end and even mid-range models come with full-fledged smart TV platforms and all the smart functions you could wish for, and of course you pay for that. Why are there no ‘dumb’ premium televisions? Manufacturers make televisions according to the principle of mass production. One piece of equipment that is widely produced and suitable for a large group of consumers. Most consumers require a premium TV to be smart and for those people, the television also has all those smart functions. The number of consumers who do not want smart functions is much smaller and even too small to develop and produce a special model for this. That would cost too much money and ultimately that television may be just as expensive or even more expensive than a smart model. For example, separate firmware would also have to be developed and hardware adapted for this. In addition, manufacturers like to keep the option open to implement updates after sales, and then an internet connection is a requirement. Nevertheless, some parties do try to think along with users who want a dumb TV. For example, Google TV, the latest smart TV platform from Google, comes with a so-called dumb mode. You set this mode when installing the TV and ensure that almost all smart functions are switched off. This way you only have access to external sources and live TV. Another possibility to go for a dumb screen is to buy a monitor, made for a computer. The disadvantages of this are that you are limited in the screen size, that the prices are on average somewhat higher than for televisions and that you have to do without TV-specific functions such as a digital TV decoder or HDMI eARC. Don’t hesitate to buy a smart TV, but you can exercise more and more influence on what is and is not turned on. You can of course turn on the internet connection and, as indicated above, you can even activate a completely dumb mode within Google TV.