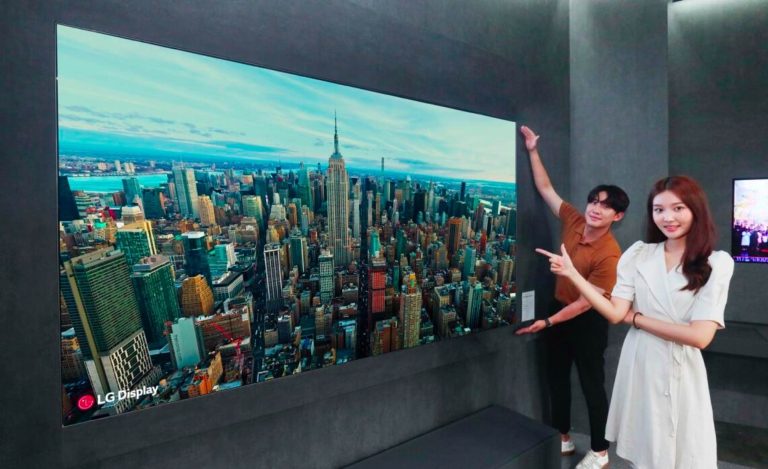 LG’s gigantic screen uses the so-called CSO (Cinematic Sound OLED) technology. CSO consists of a thin film layer placed on the back of the panel that allows the panel to vibrate. This results in audio directly from the OLED screen. So you no longer need extra speakers. According to LG, the technology provides cinematic 5.1-channel cinema sound, although that will mainly be marketing. However, the technology has already proven itself, because Sony has been using its own variant for some years now; Acoustic Surface. This also distributes the audio by vibrating the panel. It is especially interesting for those who do not want to place extra speakers and do not place too high demands on the cinema experience. Furthermore, the 97-inch OLED television from LG is equipped with the OLED.EX technology. This increases the brightness slightly compared to a normal OLED panel. The television should appear on the market later this year for a price of no less than 25,000 dollars.