The biggest surprise in ‘The house of the dragon’ is in the song of ice and fire: what does the prophecy mean? 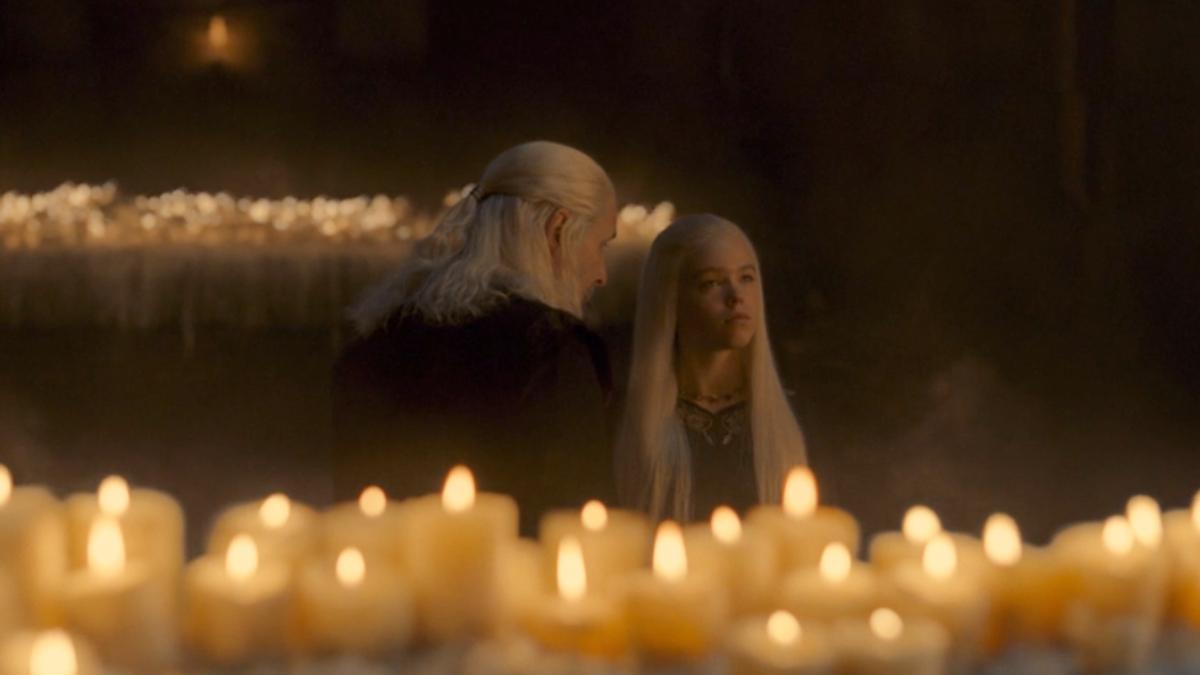 [ESTE ARTÍCULO CONTIENE SPOILERS DE LA CASA DEL DRAGÓN 1×01]Three years after the disputed end of Game of Thrones, HBO Max takes us back to Westeros in dragon house, prequel to the fantastic phenomenon that delves into the dynastic squabbles of the Targaryens 200 years before the events of the original series. the first episode, The heirs of the dragon, already available on the platform, introduces us to the king Viserys (Paddy Considine), seeking an heir to the Iron Throne. In the last minutes of the chapter, after losing his wife and his second son in an accident, he decides that his firstborn, Rhaenyra (Milly Alcock) succeed him in place of his bloodthirsty brother Daemon (Matt Smith).Just before making his decision public, he meets his daughter at the foot of the dragon skull Balerion to reveal a prophecy that has passed from king to heir in House Targaryen ever since their ancestor Aegon the Conqueror take over the Seven Kingdoms.

The end of the world of men

As Viserys explains to the princess, “Our stories tell that Aegon looked across Blackwater, from Dragonstone, and saw a rich land within his reach.” We see the lords of Westeros swear allegiance to the king and his heir as we listen to Viserys. “It wasn’t just ambition that led to conquest,” he continues: “It was a dream. Like Daenys, he anticipated the end of Valyria. Aegon anticipated the end of the world of men.” “It would start with a harsh winter from the far north,” says the king, alluding to the Night King’s future invasion that we witness in Game of Thrones. Just at that moment, Rickon Stark, lord of Winterfell, sneaks onto the screen to swear allegiance to the Targaryens: “Aegon saw absolute darkness on the backs of those Winds of the north. What lived in them would destroy the world of the living.” “When the great winter comes, Rhaenyra, all of Westeros must face him,” predicts Viserys: “And for the world to survive, a Targaryen must occupy the Iron Throne. A king or queen strong enough to unite the realm against cold and darkness.” The king explains that Aegon named his dream A Song of Ice and Fire as he clutches his Valyrian steel dagger. In George RR Martin’s novels, this prophecy referred to the Prince that was promised, reincarnation of the hero Azor Ahai, who would put an end to the threat.Thus, the Targaryens took control of Westeros to bring a descendant who would reunite the kingdoms and thus face the enemy.

What does it mean for ‘Game of thrones’?

In the series, fans speculated that the chosen one was Jon Snow (Kit Harington) Although others pointed to Daenerys (Emilia Clarke). Although both protagonists faced the Night King during the plot, it was curiously Arya Stark (Maisie Williams) the one that killed the villain, not a Targaryen. As for the Throne, another Stark took it, Bran (Isaac Hempstead-Wright).Does this mean that the prophecy was wrong? Maybe not. as collected ew, if we look at the Valyrian steel dagger that Viserys holds in House of the Dragon, we will remember that it is the weapon that Arya used to kill the Night King, so the song of ice and fire could actually refer to the dagger and not a prince. Thus, The House of the Dragon has come to HBO Max with a nod to the events that would occur 200 years later and that fans followed in Game of Thrones. Waiting to find out if there will be more surprising references to the original fiction, in the next episodes we will delve even more into that Dance with Dragons that will face the Targaryens for the Iron Throne. Do you want to be up to date with all the latest movies and series? Sign up to our newsletter.