Every viewer of Game of Thrones has in his mind a bird’s-eye (or dragon) view of the streets and rooftops of King’s Landing, the immense capital of the Seven Kingdoms, with the Red Keep, seat of the Iron Throne, presiding over the walled city from the top of a hill. From the words of George R.R. Martin in his books, the representation of the city passed to the images of the series of HBO. The production found in the city of Dubrovnik (Croatia) the ideal setting to bring King’s Landing to the screen. Although the capital was made up of the combination of several real places (Valletta, Medina, Girona), above all it was Dubrovnik that turned many of its enclaves (the walls, the fort, the Dominican Palace…) into meta an essential pilgrimage for its fans. However, the Croatian city has not repeated itself as the setting to recreate King’s Landing in House of the Dragon, almost two hundred years after the events we saw in Game of Thrones. Instead, the production of this prequel centered on the reign of the Targaryens moved to locations in Extremadura such as Trujillo and Cáceres to convert its streets and squares into those of the capital of the Seven Kingdoms. “We decided not to go to Croatia to deconstruct the aesthetic of the series and that it had an older look. You are going to see a King’s Landing with a different texture, “says the director Miguel Sapochnik to CINEMANIA about the reason for this change. “The constructions of Cáceres and Trujillo are grittier and rougher. In addition, they are two cities that have a very interesting mixture of new and old, extravagant and simple architecture.” 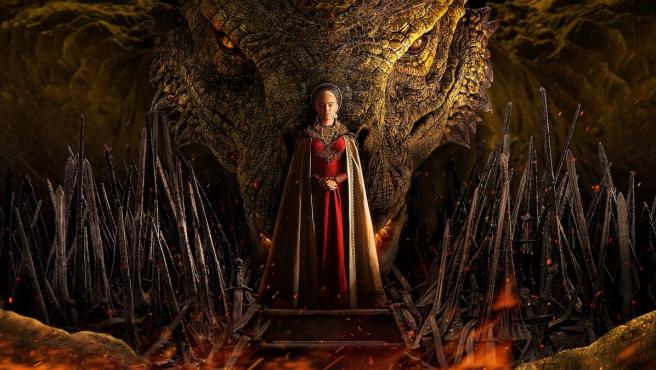 Extremadura in ‘Game of Thrones’ before ‘The House of the Dragon’

In the first episode of The House of the Dragon, two Extremaduran places used to give life to the streets of King’s Landing can already be detected. Trujillo’s Plaza Mayor replaces the equestrian statue of Francisco Pizarro with that of an imposing dragon, the smoky and dangerous winged creature that represents the power of the Targaryen house.

The Plaza Mayor of Trujillo during a scene from La Casa del Dragón.HBO Later, the Plaza de Santa María de Cáceres impassively witnesses the carnage carried out by members of the City Guard, the Golden Capes commanded by the violent Daemon Targaryen whom he plays Matt Smith. It is not the first time that this Cáceres enclave has served as a location for King’s Landing, since part of Game of Thrones was already shot in the old town, making both this square and the Arco de la Estrella or Puerta Nueva already old acquaintances of Poniente. And surely this is not the last time we see the people of The House of the Dragon in Extremadura. Sapochnik has some pending account with the native fauna. “There are a lot of storks! I’ve never seen so many or so many nests in my life. I wanted to film them at all costs, but I didn’t know how to fit them into the story and they didn’t have a reliable schedule. It’s pending for the next season”, we promises. Statements collected by Rubén Romero Santos. Do you want to be up to date with all the latest movies and series? Sign up to our newsletter.