As temperatures begin to drop, Komikku announces the arrival of the manga Magic Maker, or Magic Maker – Isekai Mahou no Tsukurikata in the original version. The first volume will be released on September 29. 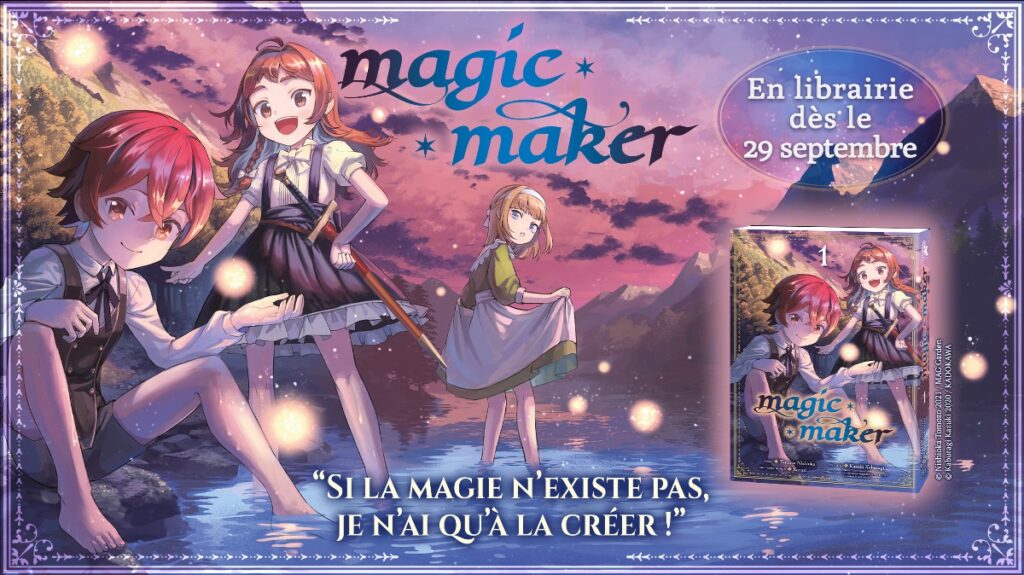 The series currently has two volumes in Japan, and is signed Tomozo Nishioka (drawing, see his Twitter account) and Kazuki Kaburagi (screenplay), with Kururi to the character design. The series arrived in 2021 in the MAG Garden, a very popular magazine from Komikku.
Summary :
“On his thirtieth birthday, a young man who tries desperately to practice magic without success dies suddenly after a ritual… but he wakes up as a baby named Shion, in a world he does not recognize. As he grows, he discovers that magic doesn’t exist in this new universe either. One day, while playing near a lake with his sister Marie, he observes a strange phenomenon. Could this be the moment that will allow him to finally prove his magical talents?” Source : Komikku