Racists out of our Middle Earth: on the skin color of the characters in ‘The Lord of the Rings: The Rings of Power’ “I am not an Aryan,” wrote JRR Tolkien to an editor interested in his family origins. “As far as I know, none of my ancestors spoke Hindustani, Persian, Romani or their dialects. But if I am to understand that you are asking me if I am of Jewish origin, I am sorry to say that I have no ancestors among that illustrious people.” In 1938, those words of Tolkien were not trivial. In fact, they were part of a letter in which the future author of The Lord of the Rings sent asparagus to a German firm that wanted to publish The Hobbit in the Third Reich, making it clear that Nazi ideology deserved the deepest contempt . 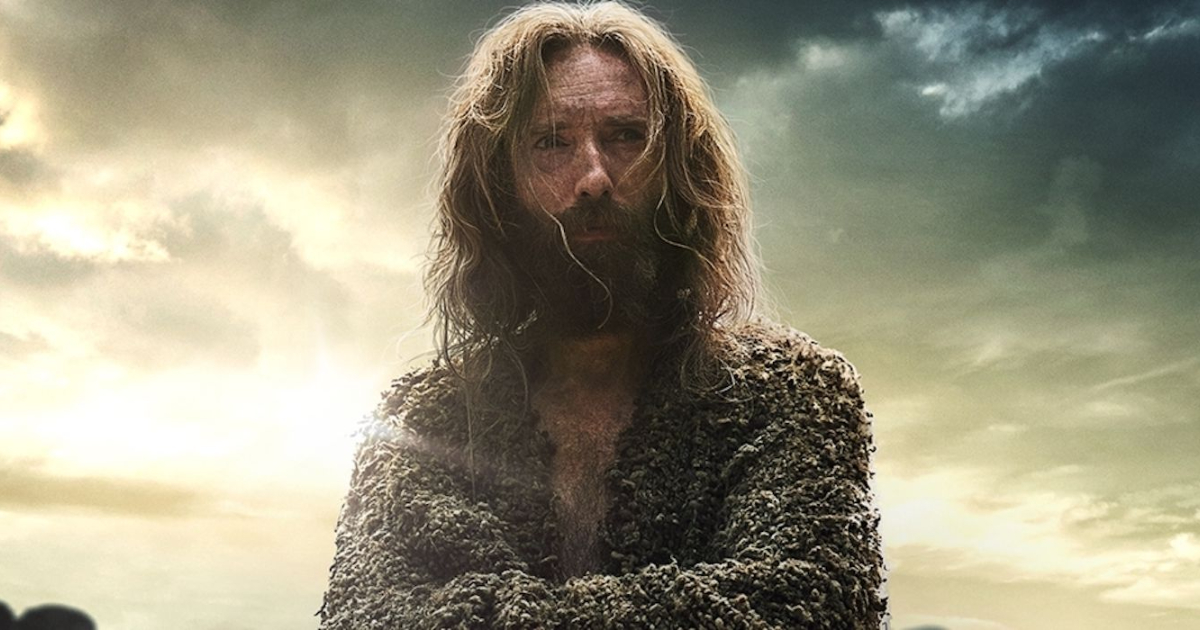 “If questions as flippant and irrelevant as these are to become the norm in matters of literature, then it won’t be long before bearing a German surname ceases to be a source of pride,” Tolkien added. Once World War II began, the creator of Middle-earth would not hurt garments to express his hatred towards AdolfHitler, a “middling ignoramus” responsible for “cursing forever the noble spirit of the North.” What Tolkien would have thought of The Lord of the Rings: The Rings of Power, it is impossible to speculate. In part, because we hardly know anything about the professor’s audiovisual preferences (only that he hated Walt-Disney), and partly because, always jealous of his work, he would not have been amused by the idea of ​​a multi-million dollar fan fiction set in the Second Age. Now, in light of these words of his, we are clear that the cast of the series would not have been the first of his concerns. A pity that part of the Tolkienian fandom (more specifically, the sector of the same that believes to be the guardian of the essences) does not think the same. Since amazon began to promote his series, and even more so after it hit the screen, social networks are full of foam against performers like Sofia Nomvete and Ismael Cruz Cordova. and all of it for one reason only: the color of their skins.

Sofia Nomvete in ‘The Lord of the Rings: The Rings of Power’. Amazon Prime Video Transcribing these insults would taste like ashes in our mouths, so we prefer not to focus on them. We can only point out that, although the legend of Middle-earth is almost entirely Eurocentric (normal, since Tolkien developed it taking inspiration from Anglo-Saxon legends and the Finnish Kalevala, among other sources), it already contains elements of what is now we would call “inclusivity”. Which coexist with its most problematic aspects. Without going any further, one has to wonder how many of those who deplore the presence of Sofia Nomvete giving life to a dwarf princess will know that The source of inspiration for Tolkien’s dwarves was not only the subterranean goblins of Norse folklore, but also the Jewish people. It is no accident that the descendants of Durin they have a history of exoduses and migrations, nor that the sounds of their language are sometimes reminiscent of Hebrew. The letter that we transcribed at the beginning of this article also serves to confirm that Tolkien did not harbor anti-Semitic thoughts. Something that, in the interwar period, was shocking in someone as conservative and religious as he: before 1945, hostility to the ‘Jewish question’ was common among right-wing Europeans. Nazism, as the author himself warned, knew how to take advantage of this attitude all too well. In this way, characters like thorin Y Gimli they were, at the time, a nod from Tolkien to the members of an excluded minority. Would some have accused the author of ‘woke’ if there had been Twitter in 1954? Better not think about it too much. 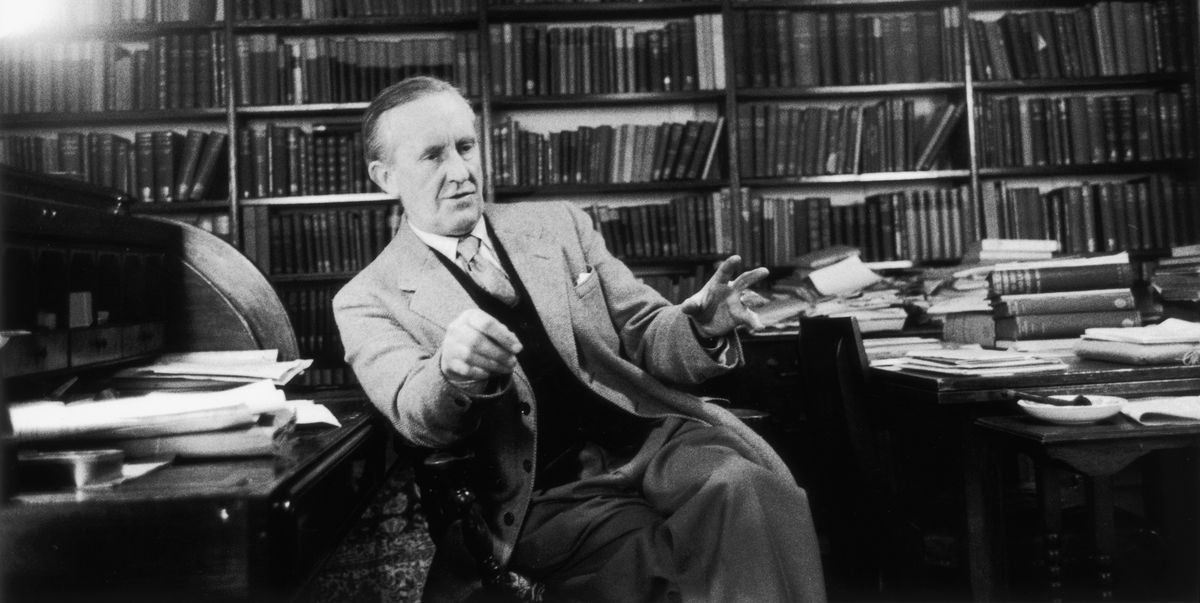 JRR Tolkien, author of ‘The Lord of the Rings’.Cinemanía Regarding the color of the elves, let’s say that it admits more interpretations. But, although Tolkien insisted a lot on their fair skins, in the northern European tradition there are also dark elves (“svartálfar” or “dökkalfar”). The association of these with the forces of evil is today considered something more due to the Christianization of Norse myths and the bias of 19th century German folklorists than a primitive trait. The author of The Lord of the Rings had this in mind. account, indicating in his writings that the elvish bloodlines (the Vanyar, the Noldor and the Teleri) They show differences in color and complexion. Due to these variations, without going any further, our old acquaintance Legolas he should have black hair and a somewhat less fair complexion than his fellows, as befits a native of Mirkwood. And yet, despite the latter, complaints about Orlando Bloom showing off her platinum hair tend to zero. Why will it be? 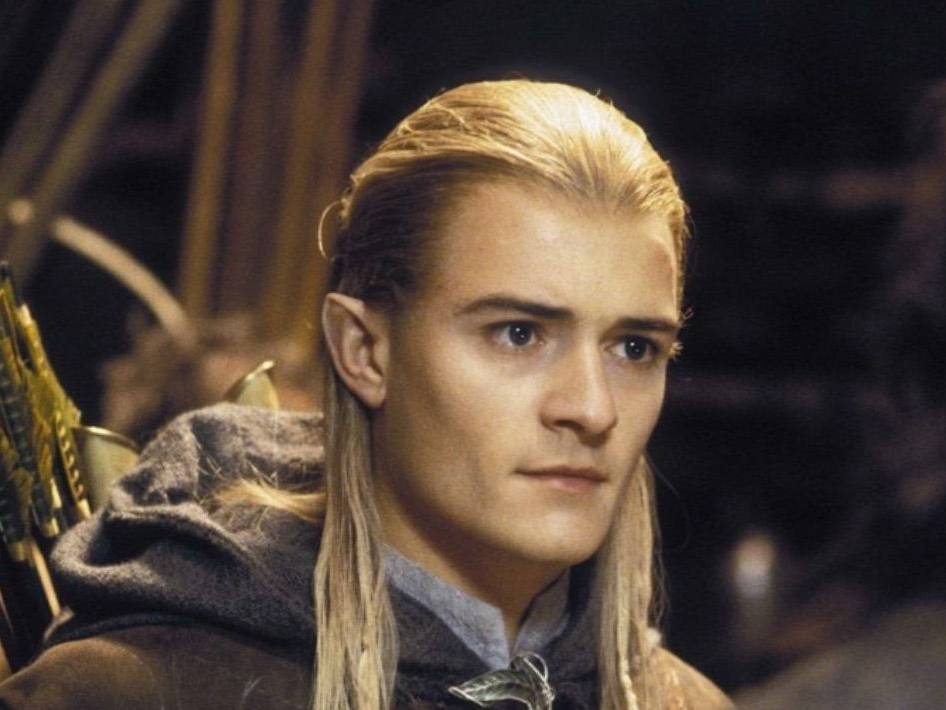 Orlando Bloom as LegolasCinemanía Expanding on the subject, we can point out the existence of half-elves, such as Elrond (Robert Aramayo, in the series), and suspect that these mestizos would show even more variations in color and physique. It’s a shame that those who are losing their minds tweeting about phenotypes (a buzzword of late in certain corners of Twitter) have forgotten to comment on the latter. That said, let us point out that there are the same similarities between Tolkien’s elves and those who served as his inspiration as between an egg and a chestnut: always a Catholic, the writer wanted to imagine with his characters a species uncorrupted by original sin, which ended up moving far away from its mythological roots. But, even taking this into account, if we declare that the elven genealogies drawn by the professor leave no room for variations in skin tones or physiognomy, we will be falling into a reductionism that Tolkien himself ended up regretting.

A black elf: a thing for heretics?

To explain this, it is convenient to remember for a moment the first illustrious fanboy of The Lord of the Rings. We talk about the poet W. H. Auden, who wrote rave reviews of the trilogy while the bulk of literary criticism railed against it. The friendship between Tolkien and Auden was intermittent and thorny (while the former was deeply conservative in all respects, the latter was homosexual and on the left), but, during its course, there was room for the poet to ask bloody questions. For example Something that intrigued Auden a lot was the condition of the orcs. Including in The Lord of the Rings an absolutely evil species, beyond redemption, wouldn’t Tolkien have sinned against his own Catholicism, imagining creatures alien to eternal salvation? 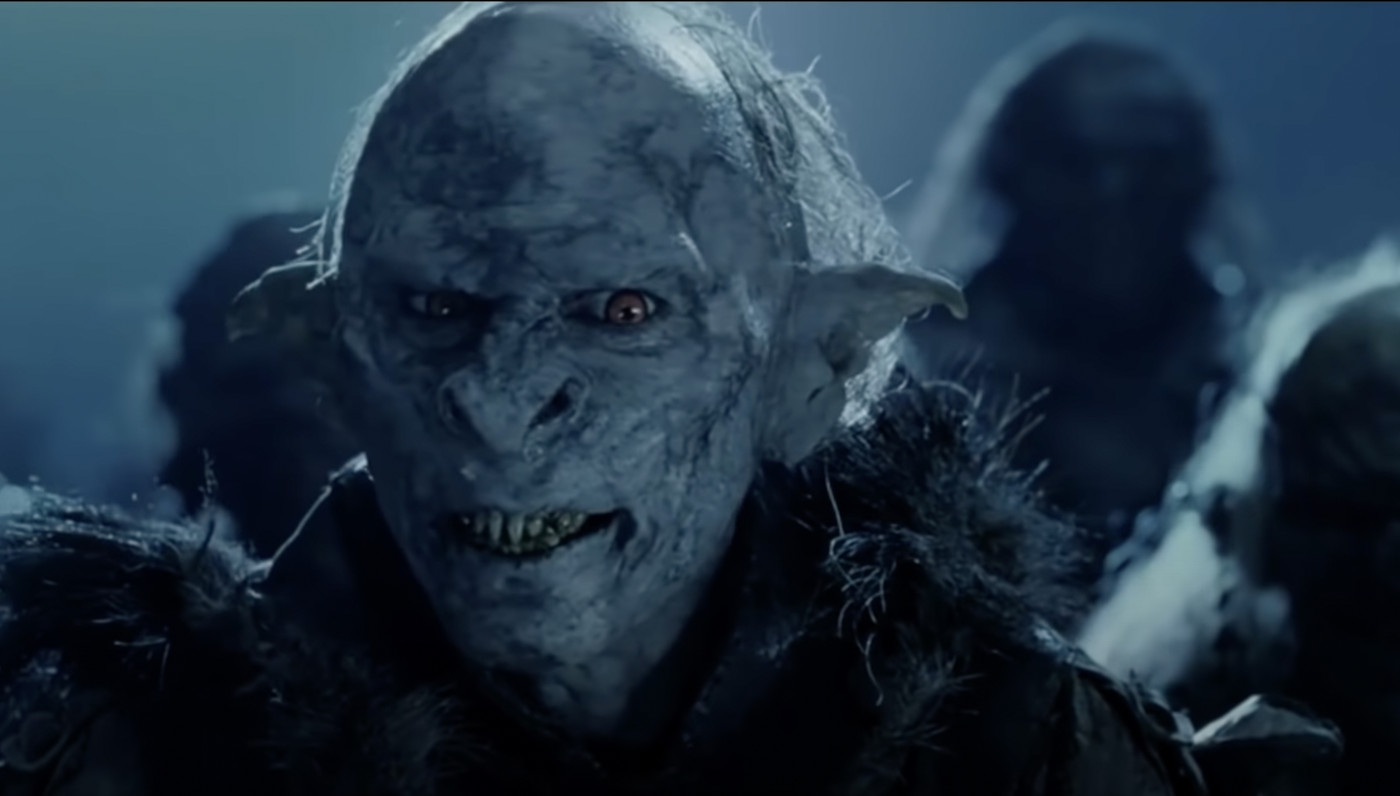 An orc in ‘The Lord of the Rings: The Two Towers’.Cinemanía Although at first he dispatched the question with intemperate boxes, Tolkien turned it around until he ended up reasoning it in his own way. The blame for the wickedness of the orcs, he explained to his correspondent Peter Hastings in 1954, it was not theirs, but those who had enslaved them. And, although he did not regret having used them as villains, he accepted that there was still hope for them: “Accepting or tolerating their creation (…) even the orcs would become part of the world, which is God’s and, ultimately, Okay”. Tolkien’s words are light years away from political correctness, especially if we remember that he described the appearance of the orcs as close to “degraded versions of those Mongol types that we Europeans like less”. But, without ignoring his paternalistic and little chapel nature, we must stay with his essence: in Middle-earth, no one is excluded from a hope that, for the author, is equated with divine grace. And, if the elves are the greatest recipients of such grace despite a thousand-year history of vendettas and civil wars, what are those who only tolerate pale and light-haired elves telling us? Tolkien, who was born in South Africa, considered Apartheid “horrifying”, and he detested racism as anti-Christian. Thus, it is likely that the possibility of a black elf (or non-European features, in general) did not even cross his mind, but we can also bet that those who categorically denied it on the grounds of presumed “purity” would make him ride in anger And Tolkien’s anger, as his Oxford students well knew, was nothing to laugh at.

Giving weapons to the enemy

Theologies aside, the most irritating thing about this reactionary hostility to The Rings of Power is that, believing it is defending Tolkien’s roots, it is actually siding with its detractors. Like, for example, the writer Michael Moorecock, another of the founding fathers of the fantasy genre, who charged against Tolkien’s work in his epic Pooh essay (1978). Reviewing the most questionable aspects of Middle-earth, Moorcock ended up condemning the trilogy for its “corrupt romanticism” that served, in his opinion, as a palliative to the collapse of the British Empire after World War II: “The Lord of the Rings is the pernicious confirmation of the values ​​of a nation in decline and a morally ruined class,” he snapped, highlighting among these values xenophobia, fear of social change… and, yes, racism. The writer of this article enjoys the work of Tolkien and Moorcock equally: depending on how one has the day, he may wake up wanting to exclaim “Rise, rise, horsemen of Theoden!” or “Blood and souls for Chaos!”, being aware that both cries are sides of the same coin. Thanks to this, he knows that these attacks are not quite right, and that the appeal of Middle-earth would be much less universal if his creator had not imagined a world full of languages, cultures, landscapes… in a word, of diversity. That said, don’t be under any illusions: the pull of Tolkien’s work among the extreme right is still there, and not by chance, in the same way as the presence of black or Latino actors in The Lord of the rings: The rings of power have a lot of publicity stunt.

We have a black Wood Elf. But in no text have I found that all Elves were white. Yes all Noldor (LotR Appendix F), but this is a Silvan, not a Noldo. Then? We know that he lives in the south, wouldn’t it be logical for him to be darker, like those from Harad? pic.twitter.com/WV9luIkeIn— Kai47 (@bernardtorello) February 10, 2022

But, luckily, political braying and business interests are one thing, and enjoying a work of fiction is quite another. The idea of ​​a dark-skinned dwarf is in no way an attack on Tolkien’s work: as Gandalf said, “the world is not in books and maps”, and the professor did not have time to show us his maps in the detail he would have liked. He just made it clear to us that there was room in these for whatever he could fit in his imagination, and also in ours, as readers. Therefore, appreciating and cultivating that variety is the most beautiful tribute we can give it. And if that means going into battle with those who don’t know how to see it, fine: after all, they had a much worse time in Helm’s Deep. Do you want to be up to date with all the latest movies and series? Sign up to our newsletter.