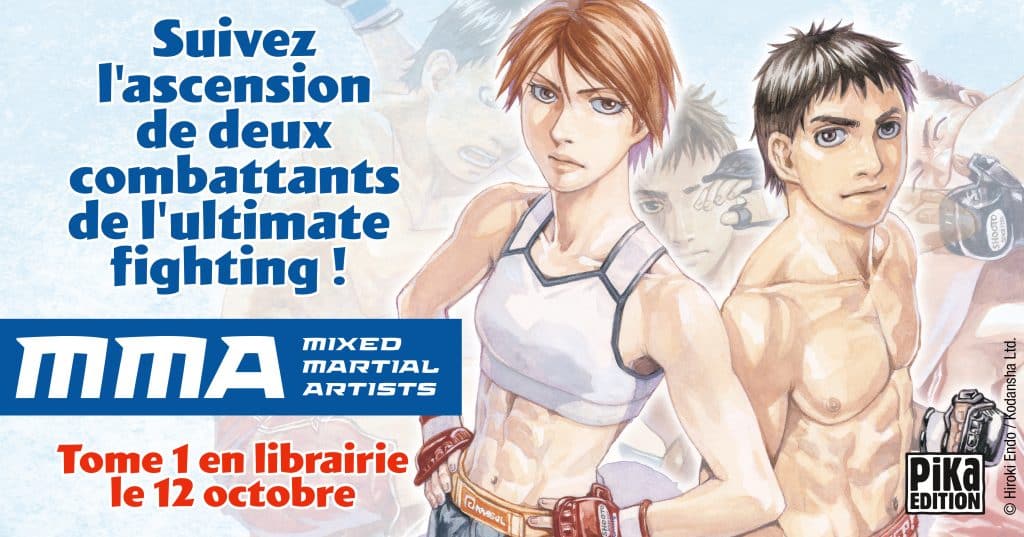 Formerly (and partially) published by Paninithe very good manga All Rounder Meguru will be back at pika on October 12 under the title MMA – Mixed Martial Artists. This is great news!

Launched in 2008 in the Evening of Kodanshathis immersion in the art of free fight is signed by the great Hiroki Endo (Eden, Soft Metal Vampire) and ended in 19 volumes. As often with the author, we find a certain violence (the mafia is still present) in this story but also young protagonists that life has not spared.

“For this “new edition”, the first two volumes will benefit from a new translation as well as an exclusive reversible jacket, with illustrations from the color pages of the pre-publication magazine Evening on the front and the visuals of the edition on the back. Japanese original. »

Summary :
“Mixed martial arts, free fight, Shooto… Several words to define the same form of combat which brings together all the martial arts in one and the same hybrid, complete, flawless discipline. Meguru, a high school student practicing this art assiduously, stumbles upon his childhood friend, Takashi, whom he had not seen for seven years, during a tournament. But the opposite environments in which they grew up seem to have created a gap between them, and Takashi only seems to feel animosity towards Meguru… The ax falls then: Takashi will be his opponent for his first match! Source: Pika