iOS 16 was shown to the world on September 7 and is now available for your iPhone. The latest version of Apple’s operating system for your iPhone includes several improvements and innovations, including widgets on your unlock screen and the ability to edit or delete messages in iMessage. Want to know all the improvements iOS 16 has received? And do you want to know whether your iPhone will still be able to download the latest version of the operating system? Then read the article: Apple presents iOS 16 for the iPhone: this is new.

Apple’s TV platform, tvOS 16, has also been released to the general public. The new version comes with some new features and improvements. Firstly, there is now support for Matter, the new smart home standard. In addition, users can now use the Nintendo Switch controllers. There is also now support for HDR10+ and custom Spatial Audio profiles. Deeper integration of tvOS with iOS, iPadOS, and watchOS brings better syncing and new capabilities. Several smaller improvements have also been made. You can update via Settings > System and then Software Updates. The update is compatible with Apple TV 4K (version 1 and 2) and Apple TV HD. 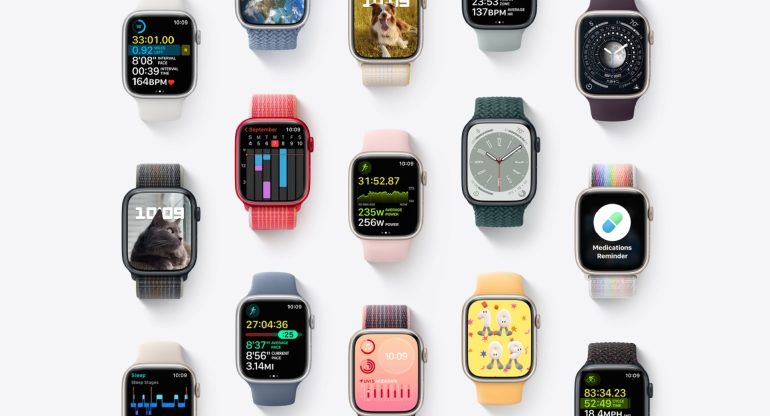 watchOS 9 comes with new watch faces for your Apple Watch. Apple has also added more options for athletes. There are new screen options with activity rings, heart rate zones, running power and altitude. You can also race against yourself if you have walked routes more than once. This way you get a signal if you need to run faster to improve your time. You can also receive a notification via watchOS 9 whether you have taken your medicines. Tracking your sleep has also been improved. Check Apple’s website for a full list of improvements for watchOS 9.