A ‘tiktoker’ shows the most surreal way to discover if your partner is unfaithful: with the help of Alexa 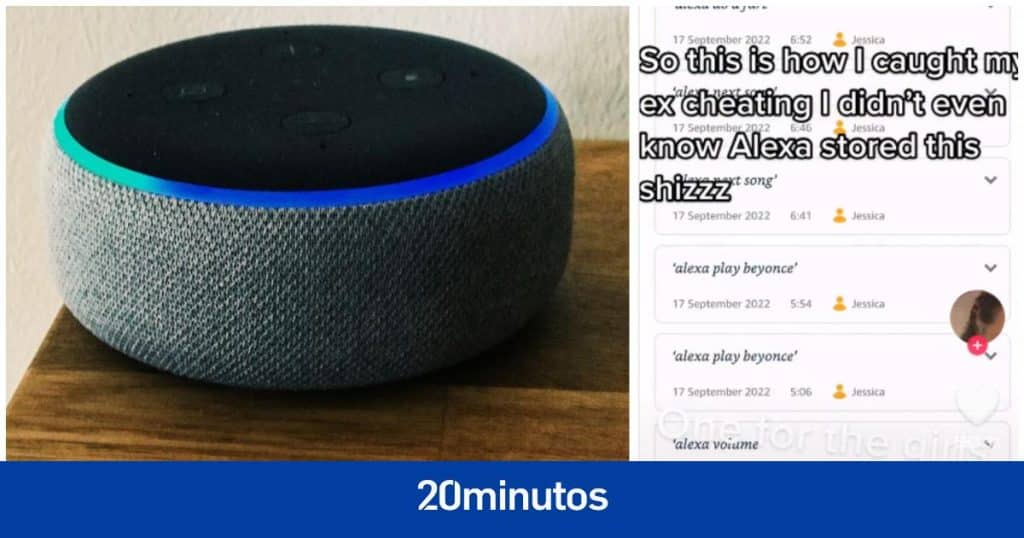 TikTok is the social network par excellence when it comes to sharing the most personal stories. Hundreds of women have already revealed the worst ways in which They have discovered that the suspicions that their partner was unfaithful were true. The latest to go viral has surprised millions of users. The British Jessica Lowman has shown “how she caught her ex-boyfriend cheating on her” thanks to Amazon’s voice assistant, called Alexaand that is activated every time someone says your name.“I didn’t know this was saved”, he commented, showing how, through the application, it was possible to access all the recordings of all the times someone had made a request. It is clear that her partner did not know either because, after inviting another woman to the home, he let her speak during the recordings or even that she will call the device herself.Although at that time Alexa registered her voice as Jessica, when the user herself heard the audios discovered that that was not his voice. And the comments were too suspicious not to definitively confirm infidelity. An infidelity that, by the way, Jessica revealed later was not the first time it happened. Because of this, she has received hundreds of messages of support and also many women confessing that they had also discovered through the audios the bad actions of their partners.