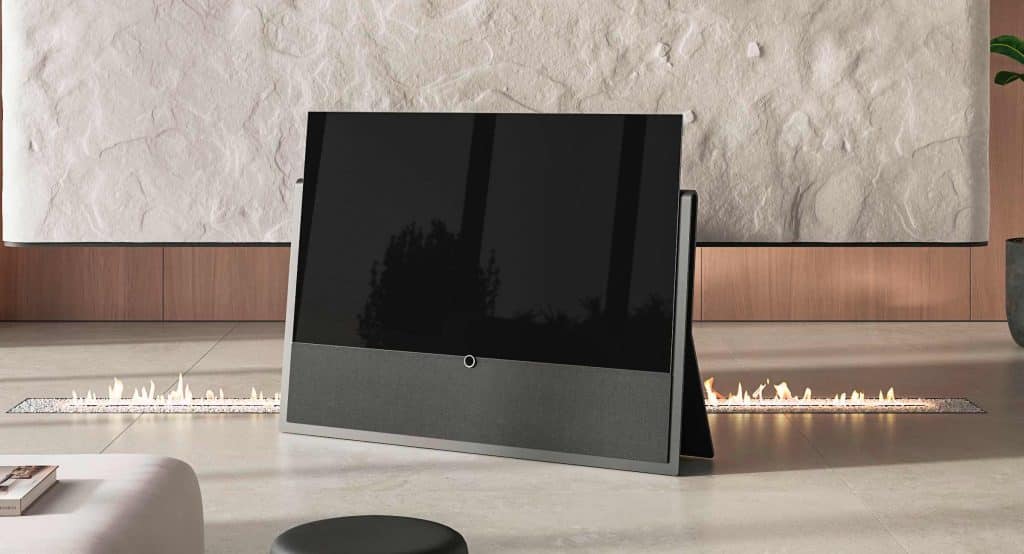 The new Iconic televisions from Loewe are OLED televisions that are equipped with the 4K resolution, a 1TB hard disk for recordings, HDR support with Dolby Vision, Dolby Atmos, DTS:X, and a soundbar with a capacity of 360 watts and two subwoofers. Loewe does not supply its own smart TV platform, but it does supply an Amazon FireTV Stick 4K Max. But that is not the unique thing about these models. The housing is made of recycled Syno-Stone, made by the German company Anders. It is rather vague what exactly Syno-Stone consists of, but according to Loewe itself, it concerns locally collected recycled materials. In appearance it resembles concrete, without being porous. There will also be different color variants; Clay White and Graphite Grey.If you think it’s a good idea to also consider the environment when choosing a television, then start saving. The 55-inch variant will cost no less than 6,499 euros, while the 65-inch variant is sold for almost 8,000 euros.