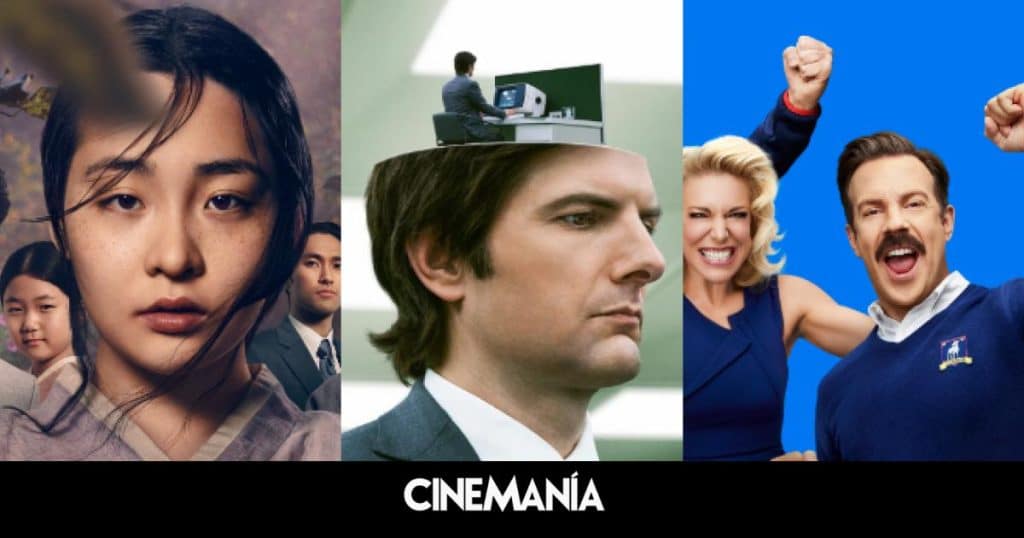 Mentioning series such as The Sopranos, The Wire, Six Feet Under, Deadwood, Sex and the City, Oz or Blood Brothers leads one to think of that second golden age of television series that was conceived during the turn of the century and extended during its first decade. All of them have one thing in common: they are titles of HBO. It’s no secret that the cable channel led the American television fiction revolution in the early 2000s thanks to the audacity that its proposals could show off by not depending on advertisers or the need to appeal to the more family audiences the better. What HBO was selling as “It’s not TV, it’s HBO” had that meaning. The promise of swearing, sex and violence, but also of an adult tone and aesthetic quality. unattainable for networks immersed in other needs. The rest of the history and the evolution of the public of television series, as well as the profound change that has been inflicted on the audiovisual industry since then, exacerbated in the era of streaming platforms. An immediate consequence of what happened already in the second decade of the century, when Game of Thrones began to gather around HBO more millions of viewers than ever before? The supposed avant-garde became common.HBO, and even more so since its recent conversion into hbomax, has been forced to measure itself against its own success and embark on the usual race of everything for the audience. Also, in the battle for the streaming pie, it has such tough and well-positioned competitors as Netflix, Disney+ and Amazon Prime Video, plus the dozens of other platforms willing to fight for a piece. Thus we arrive at appletv+, who has been the last to arrive on the battlefield but enjoys a more relaxed position. As a side project of a tech giant with deep pockets, Apple at the moment is betting on the distinction that it once played so wisely in the design and marketing of its devices. At the moment, the company is not as vital as HBO Max, for example, that the number of subscribers to its platform grow, so it is dedicated to slow cooking. The good news? Artistically, that nonchalance is more valuable than the much vaunted supposed freedom of Netflix, which, after all, is due to results that, if not convincing, lead to sudden cancellations. The best series of the moment are on Apple TV + because nobody cares. That’s because few people see them, of course, so quality remains the main criterion of their existence. Although this situation is bound to change shortly, we must take advantage of it now that its enjoyment is not accompanied by avalanches of hashtags on social networks and SEO content generating noise around it. Next, we have selected 8 high-quality series that you can find right now on Apple TV + to revive those years of golden age of television. Because we haven’t had any golden age of streaming yet, right?

Called to be one of the sensation series of 2022, the original proposal of labor oppression and science fiction of Dan Erickson with ben stiller as producer and director of six episodes, he has left a first season full of unknowns that has his followers in suspense waiting for the next batch of episodes to find out what the hell is happening with these characters subjected to a surgical process that separates their identities and memories during life labor and existence outside the office.

‘For all mankind’: drama, space adventure

A veteran of the platform. The journey of this alternate reality story (what would have happened if the Soviet Union had been the winner of the space race, overtaking the United States in reaching the Moon?) began in 2019 together with The Morning Show and See as the ships Apple TV+ badge. It has proven to be the strongest of the trident, with a third season scheduled for June.

One of HBO’s hallmarks in its golden decade was also comedy; no hairs on the tongue, no limits to convoluted humor. Today, when what was conceived in those years has become mainstream, Apple TV + is where you can find the best work sitcoms on the scene. Take this creation as an example. charlie day Y Rob McElhenney (Hanged in Philly) with Megan Ganz (Community) set in a video game studio: endearing characters in their stupidity and each season a separate episode from the main plot which is hats off.

Along the same lines, leaning more towards the field of sentimental comedy, is the first success that has crossed the borders of the platform. the series of Jason Sudeikis, where he plays an American sports coach taking charge of an English soccer club, he got 20 Emmy nominations and, among others, the award for best comedy series inaugurating the Apple statuette counter.

An example of how well the half-hour format works for Apple is Servant, the mystery and suspense series created by Tony Basgalop and commanded by M.Night Shyamalan with a master hand from the production and direction of episodes; others he leaves in the hands of the family, like his daughter Ishana Night Shyamalan, or filmmakers as stimulating as Julia Ducournau, Kitty Green either Nimrod Antal. Constantly playing with the verisimilitude, the patience of the viewer and the staging possibilities offered by a mansion in Philadelphia, he has been keeping the mystery about the apparent resurrection of a baby through a reborn doll for three seasons.

Another good practice that Apple is implementing at the moment is to let your bets breathe (not cancel at the first opportunity), but also not stretch them to the impossible. A good example is the funny series of Alena Smith in which hailee steinfeld plays the poet emily dickinson with less concern for historical accuracy than for jokes and hits. After three seasons, he closed an impeccable journey that did not last longer than necessary, despite how much we would have liked to see more literary cameos as hilarious as those of Thoreau either Louisa MayAlcott.

Gary Oldman leads the (very well-armed) cast of the adaptation of the spy novels Mick Herron about the sloppiest arm of British secret service agents, where we can find people like Jack Lowden (Benedict) and Olivia Cooke (The house of the dragon), all of them controlled from a distance by Kristin Scott Thomas. It is one of the strongest bets on Apple TV + at the moment, since after the first season it renewed production for at least three more.

‘After the hurricane’: catastrophic medical drama

An eight-episode miniseries narrating the impact of Hurricane Katrina on a New Orleans hospital that was trapped in the flood, without electricity and with a multitude of patients in various states of gravity. Vera Fermiga plays a doctor forced to make too many difficult decisions in this adaptation of the journalist’s book Sheri Fink, Pulitzer Prize winner, transferred by John Ridley (12 years of slavery) and Carlton Cuse (Lost) as showrunners.

A school detective story with the girl from The Florida Project? Exactly that is the synopsis of this series starring brooklyn prince, demonstrating not only his great acting talent but also how effective the police framework is for any type of story as long as those responsible are able to handle the tone as well as here.

An all-star lineup of your favorite comedy supporting casts (from Tiffany Haddish Y Sam Richardson a Ilana Glazer Y Ben Schwartz) in a crime mystery series orchestrated by Christopher Miller (The Lego Movie) in such a way that each episode gives clues to solve a murder. Each suspect tells what happened subjectively using the formal and narrative codes of a different film genre. An infallible formula that was soon renewed as an anthology for a second season.

What would a streaming platform be without its dose of adult animation? This creation of Loren Bouchard, the author of Bob’s Burgers, differs from all those others you’re thinking of with a key element (and it’s not his songs; there are a lot of interesting musicals on Apple TV+, by the way, like the also recommended Schmigadoon!): the absence of cynicism and scoundrel fang in his portrait of a family tasked with saving an urban park from speculative destruction.

This adaptation of the homonymous novel by Min Jin Lee is one of those projects that today seems difficult to find on other platforms. It tells the story of a family of Korean immigrants in Japan over several decades through constant jumps in time, interpretations as heartfelt as those of the veteran Youn Yuh-jung (Minari’s grandmother) or her young version in the fantastic discovery of Kim Min Ha, and a very careful direction by two indie talents like Kogonada Y Justin Chon.

What is to come

In addition to new episodes of big budget bets such as the second season of the adaptation of Foundation, of Issac Asimov, what commands David S Goyer with Josh Friedman, or the third of The Morning Show, with Reese witherspoon Y Jennifer Aniston, Apple TV+’s schedule of future releases includes high-profile star-studded offerings that can give you a huge jump in relevance and subscriptions. Among the highlights is Echo 3 (opening November 23), an action thriller created by Mark Boal (regular writer of Kathryn Bigelow) set in Colombia and starring Jessica Ann Collins, Luke Evans Y Michael Huisman. In addition, the third season of Mythic Quest premieres on November 11, the second of Slow Horses on December 2, and the final season of Servant on January 13. Do you want to be up to date with all the latest movies and series? Sign up to our newsletter.