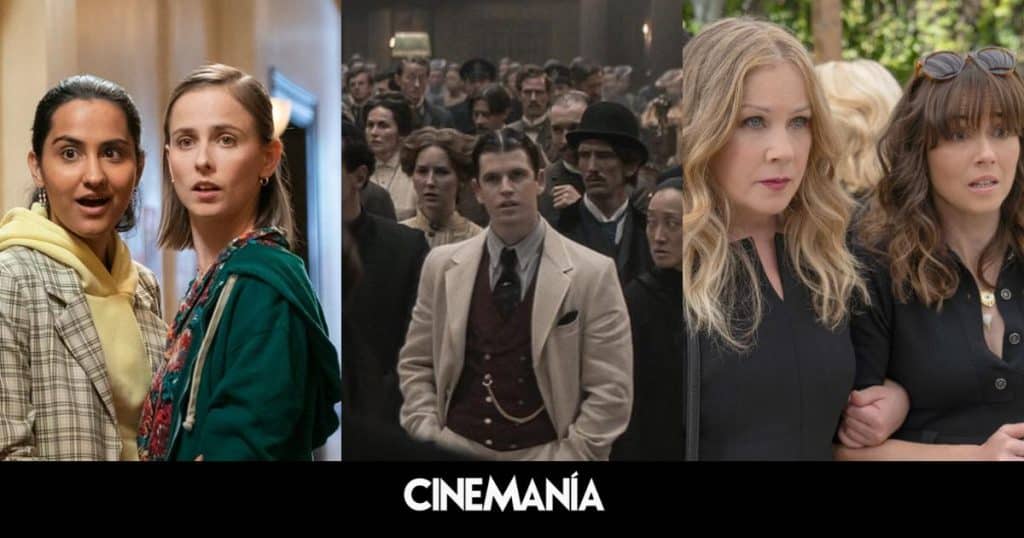 If you’ve already finished the new season of The Crown and don’t know what to watch, don’t worry! Fans of Mindy Kaling’s light-hearted humor, docuseries, or the supernatural Dark are in luck. This week is loaded with new releases and promising premieres that will make us travel from cursed ships of the nineteenth century to the most posh school on Netflix.

A striptease for climate change, the theory that short men are gods of sex and abs, abs and more abs. The students of the University of Essex waste no time and our inner shameless feminist can only thank Mindy Kalling his return to HBO Max. The sexual life of college girls premieres its second season between hormones, social injustices, the search for sexual identity and experimentation. The four young women played by Pauline Chalamet, Amrit Kaur, Renee Rapp Y Alyah Chanelle Scott navigate once again the chaotic, fun, and sometimes embarrassing (but unavoidable) experiences that accompany the college years.

Las Encinas reopens its doors. The institute, the cradle of rich heirs and the elite of tomorrow, opens its sixth season with more parties, sex, toxic relationships and a growing fight against sexist violence and LGBTI-phobia. After the arrest of Benjamin (Diego Martin), the death of Samuel (Itzan Escamilla) and Isadora’s complaint (Valentina Zenere) to the police for rape, this new installment promises revenge in a fight for justice joined by the actors Carloto Cotta, Carmen Arrufat, Ana Bokesa, Ander Puig, Alex Pastrana, Alvaro de Juana Y adam nourou.

In the summer of 1996, Pepsi launched its new commercial: Buy Pepsi, get points and win a jacket, glasses or a t-shirt. At the end of the promotion, an exorbitant proposal: collect 7 million points and win a fighter jet. When doing accounts, the young university student John Leonard he saw his opportunity: would Pepsi give him the plane if he managed to rack up all the points? The story of one of the most notorious legal cases in the US comes to Netflix from the hand of Andrew Renzi in the form of a docuseries.

The creators of Dark Baran bo Odar Y Jantje Friese They return to Netflix with a supernatural drama based on the voyages to the United States that, in the 19th century, were made by European immigrant ships. In this new science fiction proposal, passengers on a ship bound for New York begin to experience paranormal events after crossing paths with another drifting ship. The distribution has Emily Beecham, Aneurin Barnard, Andreas Pietschman and the spanish Michael Bernardeau.

The black humor series created by liz feldman premieres this week its third and final season. Starring Christina Applegate, Linda Cardellini Y james marsdenthe story of Jen and Judy, a widowed mother seeking to avenge her murdered husband and a hopeless optimist with a shocking secret, features five Emmy nominations for best comedy series and best actresses. In this latest installment, the discovery of Steve’s body will cause his protagonists to fight once again for his survival.

Do you want to be up to date with all the latest movies and series? Sign up for our newsletter.