2022: Even Samsung tacks and comes with OLED 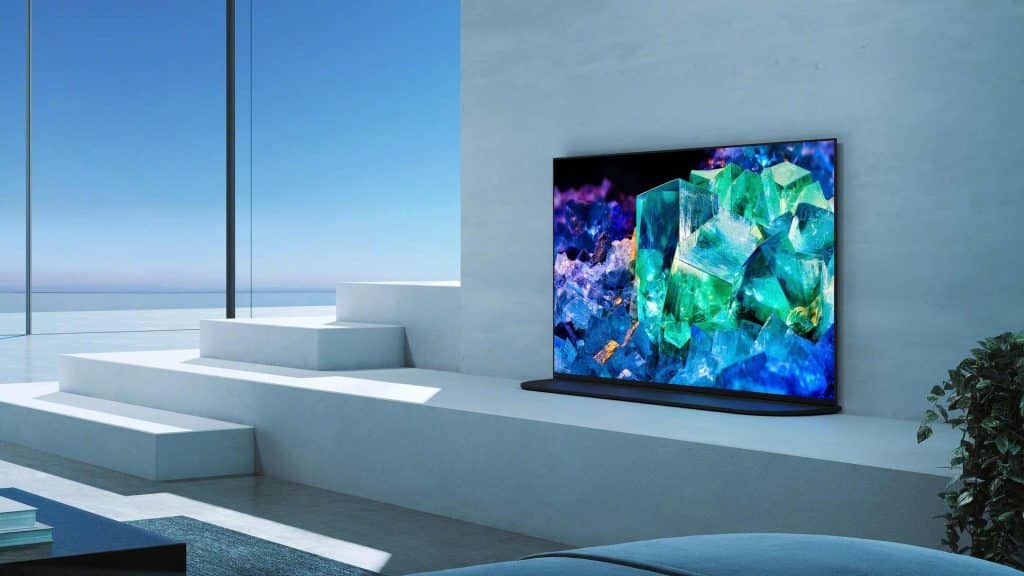 2022 started – like every year – with the big Consumer Electronics Show (CES) in Las Vegas, where the newest products for this year were announced. A major newcomer for this year was qd-oled, or the oled technology with quantum dots. Both OLED and quantum dots have been on the market for almost 10 years now. OLED TVs deliver perfect blacks, a wide viewing angle and excellent colors, but are somewhat limited at maximum brightness and carry a risk of burn-in. OLED TVs with quantum dots promise a higher peak brightness but still the same contrast performance as OLED. An even wider color palette, with richer tones in the brightest colors, and better color rendering in dark scenes. An excellent viewing angle, without color shifts or less clear images. And finally, a very fast response time so that double or blurry guesses are reduced to a minimum. It is therefore an important improvement for OLED technology, with Samsung and Sony as forerunners. Yet LG – the manufacturer that until now has ruled almost alone in the field of OLED – is not standing still. The South Korean company already introduced the OLED evo panel in 2021. This panel has a new structure, with an extra green layer so that less light has to be filtered out, so that it works more efficiently and can therefore become brighter. OLED.EX will be introduced by LG in 2022. According to LG, this new technology uses the heavier deuterium instead of hydrogen in its OLED materials. These would not only provide a more efficient and therefore brighter panel, but the deuterium-based materials also have a longer lifespan. In short, OLED.EX must provide a more accurate representation of color and detail, 30 percent more brightness and less chance of burn-in. 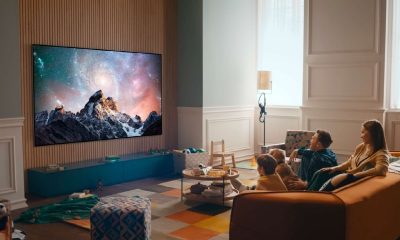 OLED will no longer be just OLED in 2022. As you can see, more and more names and terms are being linked to this image technology, so that it is becoming more difficult for consumers to know exactly what each television can do more than another television. The basic principles of OLED remain unchanged, but manufacturers are now doing everything they can to distinguish themselves from the competition. Last September, the IFA trade fair took place in Berlin again, in all its glory. Of course we were also there to discover the latest AV products. Unfortunately, that was a bit disappointing as there were few product launches, several major brands were not even present and the number of visitors was also clearly lower than in previous years. Nevertheless, we did come across some nice new products. For example, LG showed the first bendable OLED monitor. This model can serve as a television in a flat screen position and as a monitor in a curved position that immerses you in the gaming experience. Philips (TP Vision) launched new top models of OLED televisions with a new generation of Ambilight and both TCL and LG showed televisions that are more focused on lifestyle and art. A number of smaller manufacturers also made themselves heard during IFA. For example, new televisions under the brands of Toshiba and Sharp were announced for the Benelux. But, we shouldn’t expect much from this just yet. It mainly concerns models that compete on price and in the base they all come from the Turkish Vestel. 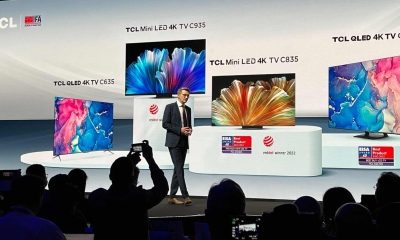 An interesting trend that we see this year is the arrival of smaller OLED televisions, especially in the 42-inch format. This makes Oled more accessible and also increases the usage scenarios. The OLED technology is also increasingly appearing in monitors. What we see less of – or at least have heard less about – is 8K. After a number of years of considerable pushing from various manufacturers, including Samsung, the storm seems to have subsided somewhat. Samsung still has a nice range of 8K models and there are still pricey premium models with the 8K resolution for sale from various brands, but there is much less attention for it. The consumer is not yet enthusiastic about it and content providers in particular are doing little with it. Streaming services mainly focus on licensing deals, the range of content and the battle for the viewer. The 8K resolution is not an important part of this for the time being. Where TV manufacturers are trying to gain ground is with the gamers among us. Almost all major brands introduce features especially for gamers, although under different headings. Let’s call it the Gaming Bar; a special menu where the gamer can change all settings directly for an optimal experience. This of course in addition to a special Game mode that minimizes input lag. Features such as 4K at 120Hz, 144Hz, VRR (Variable Refresh Rate) and ALLM (Auto Low Latency mode) are also becoming more and more common to make the television part of the ideal gaming setup.

In 2022 we can say that we are going back to normal, or at least the market as we knew it until a few years ago. There is again talk of innovation, of newcomers and of important developments that help the AV market further. There are also physical fairs again, but whether they have a long life remains to be seen. More and more brands seem to focus on their own events, where they can claim full attention themselves. Competition is increasing, which stimulates development and hopefully brings prices down again in the coming years. That expectation is broadly supported, since we are moving instead of chip shortages to chip surpluses and consumer demand will continue to decline.