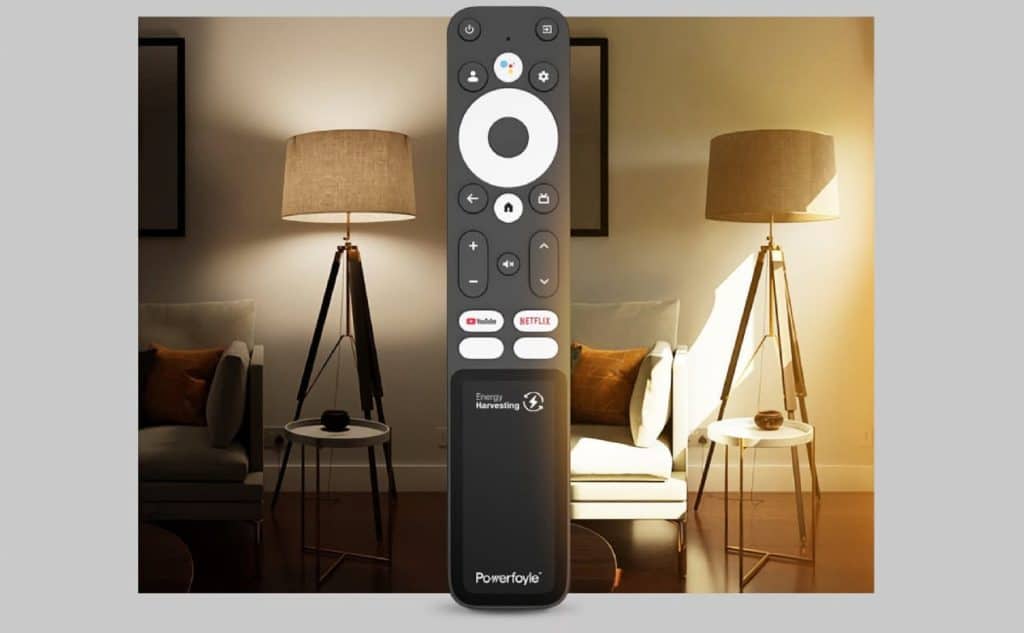 TW Electronics, the company behind the reference remote control of most Android TV and Google TV devices in recent years, has unveiled a new reference model at CES 2023 in Las Vegas. The Google TV remote control has almost the same design as you know from the Google TV remote, but this time comes with a so-called ‘photovoltaic panel’. This panel can best be compared to a solar panel, but for indoor use. It uses light sources to convert the energy into electricity to charge the battery in the remote control. The nice thing is that it does not need sun, but can simply use light sources (such as your lighting) in the house. So you never have to change batteries in your remote control again. It can just charge itself. TW Electronics is working with Exeger for this technology, 9to5Google knows.

Samsung also has such a remote

It is not yet known whether and when this new reference model will actually be used in a Google TV product. Perhaps it will remain with a reference model for the time being. The idea is not entirely new, because Samsung has already introduced a small remote control that can be charged using ambient light. Other companies are also working on similar technology. It is therefore not completely new, but it is for a Google TV or Android device. The future will show whether this will indeed be the new remote for many Google TV devices.