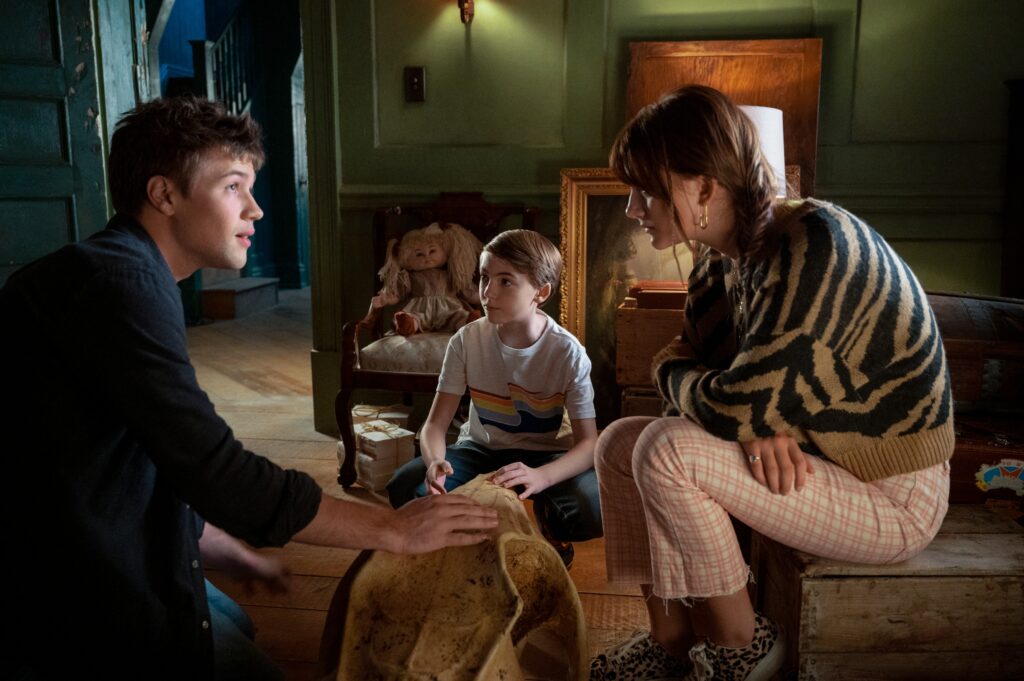 Locke and Key is a science fiction series released last February on Netflix. It is one of the best fantasy series on the streaming platform! It is an adaptation of the Locke and Key comics, written by Joe Hill ( Stephen King’s son ) and drawn by Gabriel Rodriguez. The series is a nice surprise, especially since the story had to be adapted for the cinema more than ten years ago before the film was canceled. As the shooting of season 2 has just ended, Netflix has already announced a season 3!

What happened in season 1 already?

What does this series say? After the heinous murder of their father, siblings Tyler, Bode, and Kinsey Locke move in with their mother Nina to their family’s ancestral home in a fictional town in Massachusetts. They discover magic keys with exceptional powers. The 10-episode series ends with several twists. (Warning, spoilers!)

The end of the last episode reveals to us in particular that it is ultimately Ellie, and not Dodge, who was sent to the black door. It has indeed taken on the appearance of Dodge using the key to identity.

We also learn that Gabe is actually Dodge from the start and that Eden was contaminated by a bullet fired from the mysterious door, in the same way as Lucas a few years before.

When is Locke and Key season 2 released?

If for the moment, no official release date has been communicated by Netflix, fans of the series can still rejoice, for several reasons. Firstly because season 2 (which will have ten episodes) will be released this year as planned! The shooting of the season was indeed completed without a hitch last month. The announcement comes from actress Darby Stanchfield (who plays Nina Locke), who happily shared the news on her Instagram account.

The actors were complete and the production did not suffer from any interruption related to the Covid. A real chance when we know that many films and series have been canceled or postponed because of the health crisis. Knowing that we will find our three young heroes on the screen very soon already makes us ecstatic … But Netflix has another gift for us. The American platform has indeed officially announced that the series will be renewed for a third season!