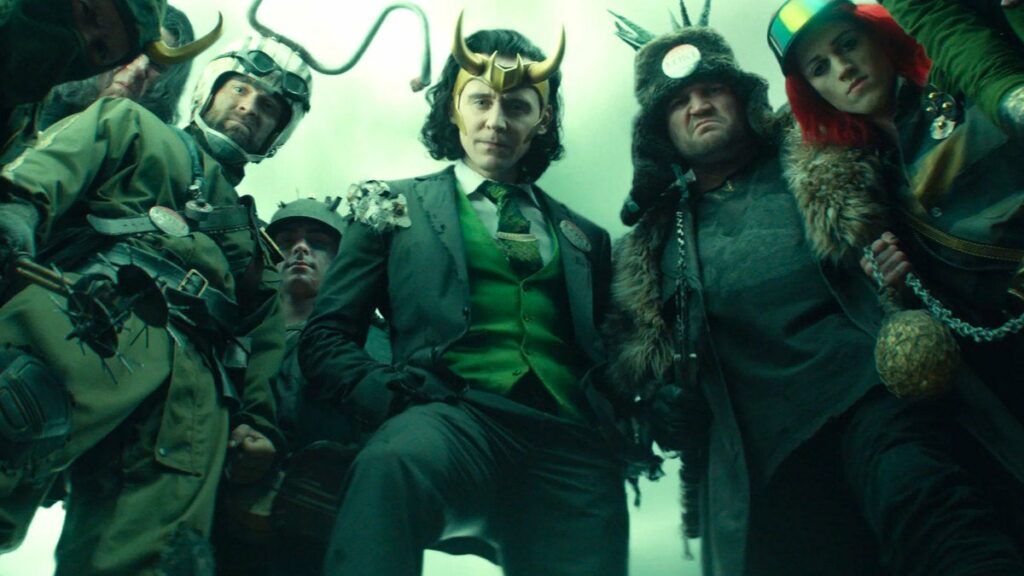 The series will serve as the trigger for the next Marvel movie, “Doctor Strange in the Multiverse of Madness.”

The “Loki” series is nearing its end and the mysteries begin to unfold. But for each question that is answered, a new one appears and it is difficult to imagine how fiction will give closure to the story next week. In the previous episode, the protagonists discover that the Guardians of Time were nothing more than androids controlled at a distance. Likewise, Loki (Tom Hiddleston) was pruned and ended up in a mysterious place surrounded by variants of him. Sylvie (Sophia Di Martino) manages to face Ravonna (Gugu Mbatha-Raw) and thinks to get to the bottom of the matter.

In this new episode of the Marvel production, it is revealed that all the pruned people, that is, those who appeared to be killed by the TVA, are actually sent to the end of the timeline. New branches cannot be created in this place and doing so would not be important because it is constantly changing and the Agency never goes there. But in reality, they are kept away from that site because it is the last defense of the person who controls everything.

In the new episode of “Loki”, Sylvie and Ravonna seem to be working together but the TVA judge betrays her, as the variant of Loki expected. Upon discovering where Thor’s brother is, he decides to prune himself and go in search of the person responsible for this whole affair. Meanwhile, Gugu’s character also seeks answers because in this episode it is clear that she does not know who controls the TVA, but apparently she intends to warn this person or entity that they are in danger.

Meanwhile, Loki and the rest of the variants are at the end of time and that purple cloud that could be seen at the end of the previous episode is actually a creature called Alioth, which consumes everything in its path and therefore must hide. her. In a small meeting, all these variants that rescued Tom Hiddleston’s character explain his story. However, he has little interest in staying there and wants to go back to TVA to find Sylvie. What she did not know is that she is at the end of time.

ALSO, READ Daniel Mickelson Dies! What Is The Reason?

Upon reaching where the timeline ends, Sophia Di Martino’s character is rescued by Mobius (Owen Wilson), who is also there. After a few twists and turns, they all meet and come up with a plan: Sylvie will cast a spell on Alioth because she is convinced that he is the guardian of what is on the other side, the custodian of the true person in charge of the TVA. The strategy is successfully carried out with the help of Loki and together they go through the portal that will lead them to the end of the series.

The jump to the multiverse.

From the beginning of “ Loki ”, they made it clear that TVA’s greatest responsibility was to prevent the creation of new temporary branches and for things to deviate from their established course. The appearance of the variants produces just that, but the funny thing is that this series will directly feature one of the next MCU movies, “Doctor Strange in the Multiverse of Madness.”

The film directed by Sam Raimi will be the trigger for new conflicts in the MCU and the possibility of formally introducing the multiverse. By connecting with ” Loki “, the events at the end of the series could unleash the multiverse, the problem that Stephen Strange (Benedict Cumberbatch) will have to face. However, to verify this theory, fans will have to wait until the next episode.