‘The Walking Dead: World Beyond’ Season 2: Release Date, Cast, And Other Details 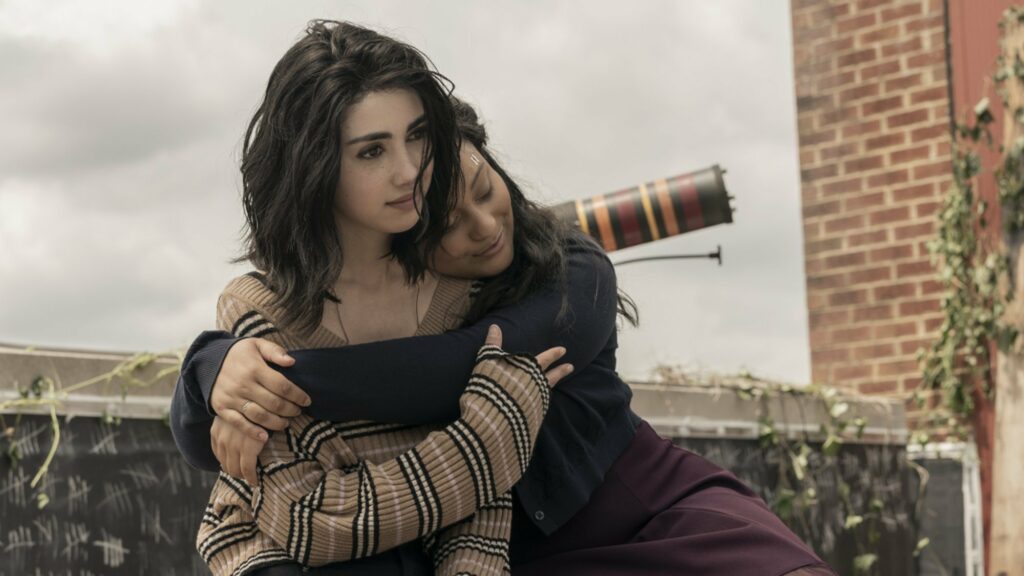 ” The Walking Dead: World Beyond ” was only launched in October 2020. Nevertheless, fans have to prepare for the end of the series, because season 2 is already the final season of the series. You can find out what is known about the new episodes here.

At the San Diego Comic-Con 2022 the start date for the second and final season of “The Walking Dead: World Beyond” was announced. The TWD spin-off will start its final round on October 3rd, 2022.

The Walking Dead – World Beyond: Trailer

A trailer was also published at Comic-Con 2022. The gritty video shows how the group fared after they broke up last season.

The Walking Dead – World Beyond: Plot

In season 2 Hope will see her father again and Iris and Felix meet Will, who is traveling with a new group. According to Scott Gimple, there should be three to four different worlds this season. The characters are supposed to exist in these different worlds and clash in different ways.

According to showrunner Matt Negrete, Season 2 is also about the choices the characters make and the actions they take to get what they want. This would define who they ultimately become.

I think there are a lot of secrets in season two that you know lies dormant beneath the surface. Said Scott Gimple

The Walking Dead – World Beyond: Cast

It has not yet been officially confirmed which actors will return for season 2. However, it can be assumed that Aliyah Royale and Alexa Mansour will be seen again as Iris and Hope Bennett.

Joe Holt as Leo Bennett should also be there again. In addition, a renewed appearance of Hal Cumpston as Silas Plaskett, Nicolas Cantu as Elton Ortiz, Nico Tortorella as Felix Carlucci, Annet Mahendru as Huck, and Julia Ormond as Elizabeth Kublek is also very likely.

There are also new additions. Gissette Valentin (“Relatable”) will play the role of Corporal Diane Pierce. She is a clever and dedicated soldier who has already earned the respect of some higher ranks.