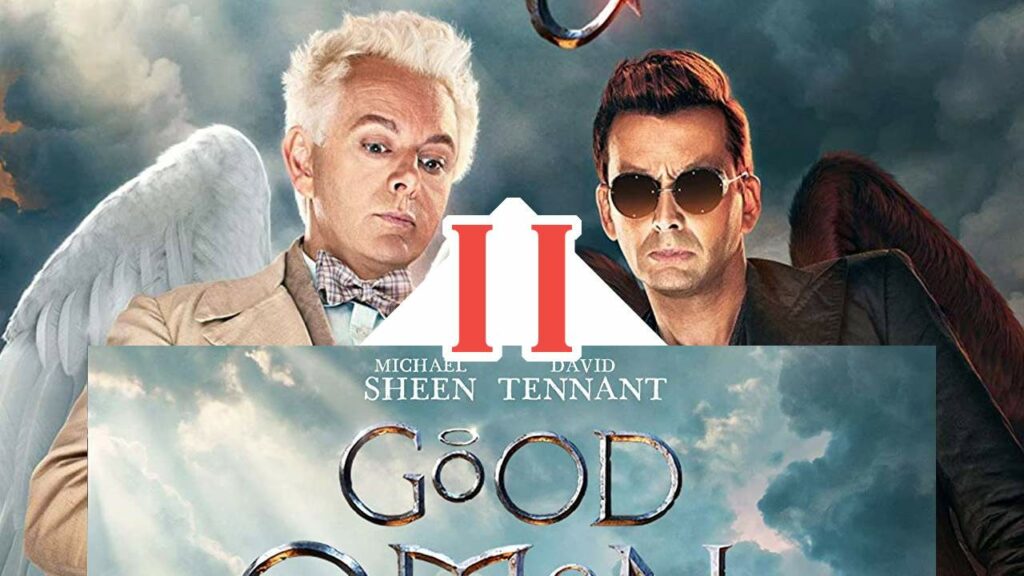 In the six-part mini-series “Good Omens”, the demon Crowley and the angel Erziraphael try to save the earth from the apocalypse. Season 2 is coming soon?

“Good Omens” is based on the fantasy novel of the same name “A Good Omen” by Terry Pratchett and Neil Gaiman. Gaiman wrote the script for the series personally. The focal point of the first season is the demon Crowley ( David Tennant, “Doctor Who” ) and the angel Aziraphale ( Michael Sheen, “Passengers” ). The two form an unusual duo consisting of heaven and hell and try to prevent the upcoming apocalypse of the earth. Because both angels and demons have got used to the comfortable life on earth and would not like to give it up. The story of the unequal team so far has brought it to one season. Can fans expect season 2 of “Good Omens” soon?

Amazon Prime, in collaboration with Gaiman, brought the hilarious story to life and brought it to the streaming world for a wide audience. “Good Omens” was well-received by audiences and critics alike – although a curious petition attempted to cancel the series. After a season with six episodes, it was over for the time being. For a long time, it was unclear whether the popular series would continue. Because the first season covers the entire story of the novel and screenwriter Neil Gaiman said in an interview with “Radio Times” that it was decided to leave it at one season.

Now, to the delight of the large fan base, things turn out differently: Amazon confirmed “Good Omens” Season 2 . However, it is unclear when David Tennant and Michael Sheen will be seen again as an unequal demon-angel duo. Filming is planned for the end of 2022. The release date is still pending and fans have to be patient for a while.