Who is Newman Perez and how does today’s most in-demand crypto scammer operate? 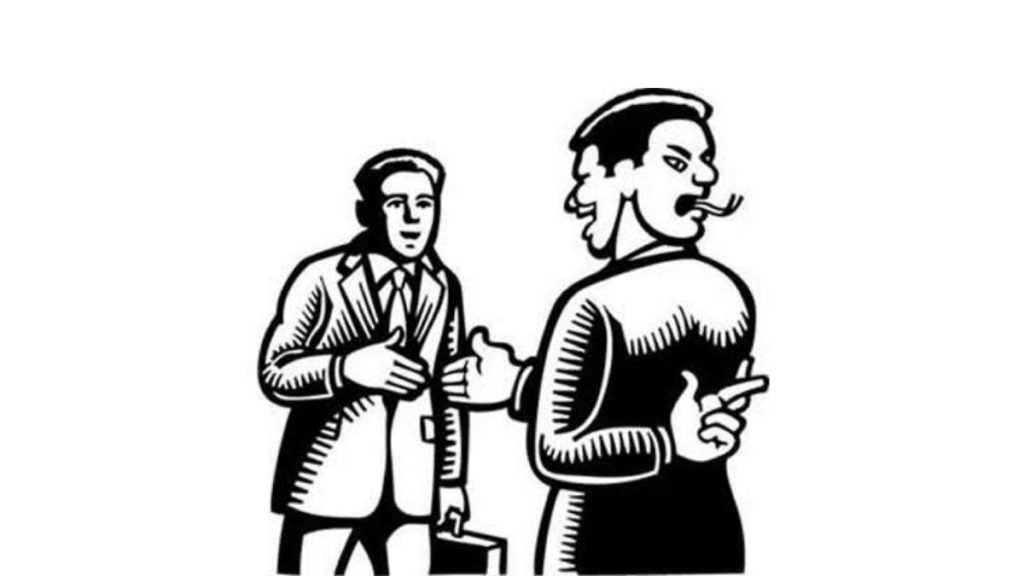 His name is Numan José Pérez Pérez, better known as Newman Perez, and he has become known on social media as a renowned businessman and crypto investor with the distinction of “being the first Venezuelan to sell more than 5,000 NFTs in a period of Three days”.

Stay until the end and discover with real evidence everything about Newman Perez and how a crypto scammer works so that you can avoid possible losses in the future! Newman has been characterized by creating an impeccable image and showing a full and successful life with the aim of creating trust and empathy among his followers who daily receive investment advice directly from “the king of Solana, master of NFT Tokens” and CEO. of a trading academy with hundreds of active users. 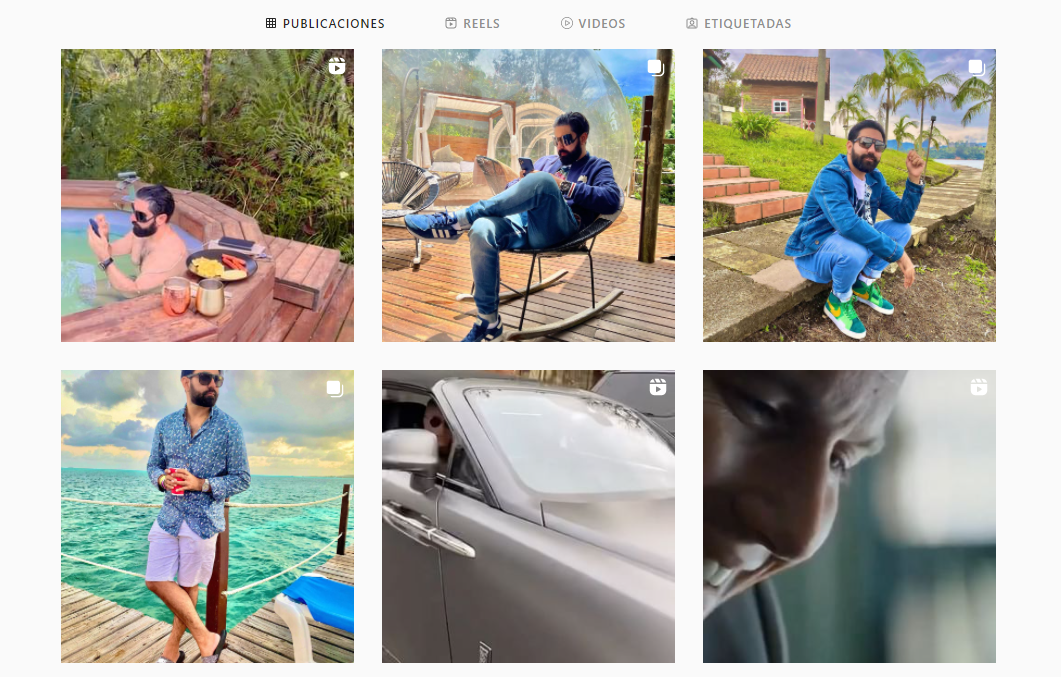 The truth is that Newman Perez has had some experience in this scam by creating projects such as Lucystaking, Lucybtc, Bnbeats, Birdstaking, among many others that have managed to generate false expectations in users and have been able to raise considerable sums of money from people who at some point they believed in Newman to invest their money and obtain some kind of economic return in established periods of time. But not all that glitters is gold, below you will be able to observe a material extracted from an exhaustive investigation and the testimony of dozens of people whose investments at some point reached the pockets of this scammer who today accumulates a large number of crimes by fraud, alteration of goods and services, private violence, cyberbullying, among many others.

Newman uses his social networks and his experience as a digital investor and influencer to capture the attention of the public, all through eye-catching content and extensive evidence that shows the appreciation of investments in each of his projects.

In this case the procedure has been as always, once the attention has been captured, the next step is the redirection of that attention to the main page of the project in which the user can invest his money with a guaranteed rate of return in periods ranging from a week to several months.

In this process, the project promises an investment and reinvestment modality to increase the economic liquidity of the fund in question, which should be supported by a central wallet and this is where the first drawback lies, since said user deposits with an approximate estimate of More than $350,000 just with Birdstaking was distributed in 3 different wallets, all of them from Newman Perez and a small percentage to the stability of the project so that many people could leave at any time and not raise suspicions.

Below are the 3 aforementioned wallets.

Injection of confidence to finish the job

With this money in his possession, Newman showed his economic strength and was responsible for transmitting confidence by apparently investing in the project, making a large number of videos that showed quite clearly the execution of investment transactions in the project, that is to say that apparently it contributed to the liquidity of the project but the truth was that it was only moving the money from one wallet to another.

The luxurious life, the success stories, the positive comments and an impeccable image in social networks manage to be maintained to this day thanks to the money of a large number of people who decide to invest in these projects with promises of revaluation in relatively short periods of time. In the end, each project loses more and more strength and only a few manage to recover some of what was invested, all based on the premise that investments in this market are risky and it is always someone’s turn to lose, thus a vicious circle continues in the one that many people continue to believe in its image, its false evidence and a life built on the losses of other investors.

Newman Perez has proven to be an unreasonable person who is determined to achieve his goals at all costs, this has led him repeatedly to make direct threats to the people who accuse him of all the crimes he commits on a recurring basis.

Below you can listen to an audio of Newman responding to a person who decided to invest in a project in which you could enter with the sum of $35 for “VIP access” to an investment channel apart from some personal requirements. Newman tried to collect as much personal information as a photo with the ID, social network, place of residence, among many others, to later use said data against the people who decided to threaten with possible complaints.

Where is Newman Perez?

Newman Perez is currently in Colombian territory, passing first through Cúcuta where he created the “Divisastogo Venezuela” exchange house, exchanging currency from pesos to bolivars and vice versa. Then he would be passing through (Medellín, Alejandría) on the 5 south near the “Milla de oro” shopping center where our team was about to intercept him in collaboration with the state tourism police but Newman had already managed to escape.

“The situation of this man is already uncontrollable, we are looking for all possible means and ways for this to come to light and the security agencies in charge of cybercrime take action on the matter, we are many people who have been making complaints against this scammer and the media come to our aid. We want to see this man behind bars.” Anonymous

You can make the difference!

The main objective of this material is to attract the attention of the mass media today, both on social networks and on web pages in the world of cryptocurrencies and investments in digital matters. People must know the reality behind this facade, only possible thanks to the money of people with little experience.

If you own a website or are an influential person on social networks, do not hesitate to contact us for more information. Some comments from affected people. 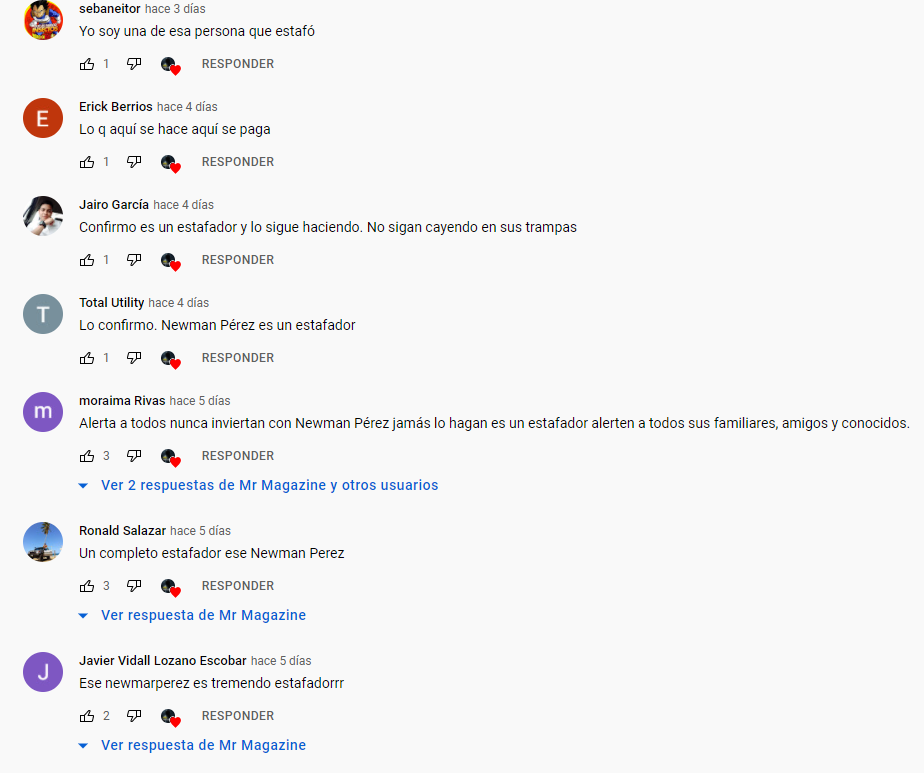