Nubank announced investment in Bitcoin and will start selling cryptocurrencies 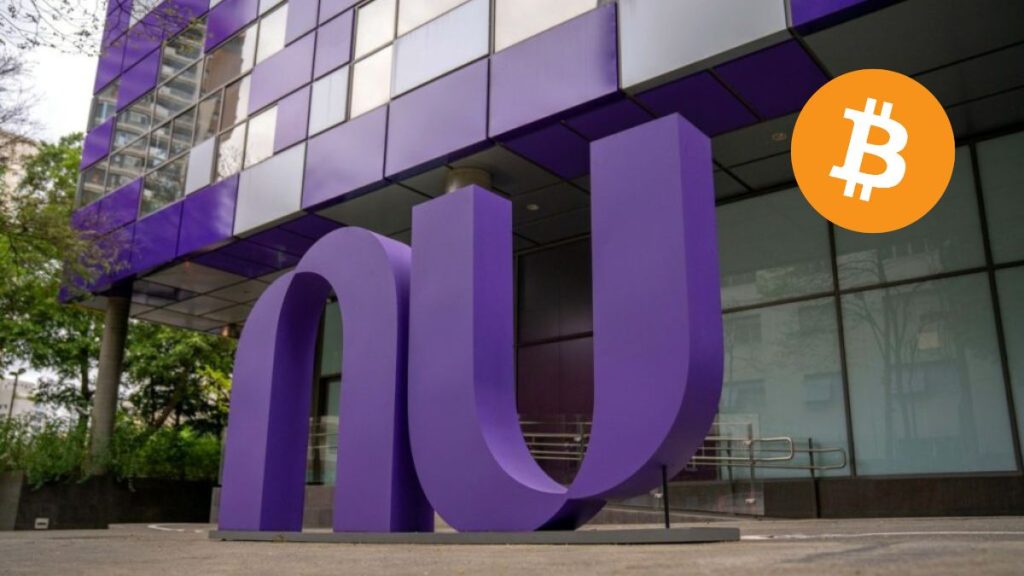 the digital bank Nubank closed a partnership and will sell Bitcoin and Ethereum to its customers starting this Wednesday (11). Besides, Nubank announced the purchase of bitcoin for your deposit of value. Many companies are looking to gain exposure to this market that generated so much trading volume in the last year. Being his main figure Bitcoin, this market has reached important milestones and values ​​above a trillion dollars for the first time. In this way, many companies bought bitcoin as a store of value currency. Others have launched this as a means of payment, making this sector much more well known throughout the world.

Nubank will sell Bitcoin and Ethereum to customers

Nubank has been moving closer to the cryptocurrency market since a few months ago, when it started using a Ripple solution to help with the exchange. After that, one of its directors told a Real Digital event that cryptocurrencies are promising technologies. At the beginning of 2022, the company ended up filing a trademark application for a cryptocurrency consultancy, registered with the INPI. Thus, there were indications that there was digital bank interest in the digital currency sector. And now, according to information shared with cryptoreportDavid Vélez, CEO and founder of Nubank, says that there are no doubts about the trend of this market in Latin America.

“There is no doubt that cryptocurrencies are a growing trend in Latin America. We have been closely monitoring the market and believe there is potential for transformation in the region.Still, the experience of trading cryptocurrencies is very specific, as clients have little information to feel confident entering this new market or are frustrated with complex systems.At Nubank, we constantly seek to empower our customers, making sure they are in control of their money. For this reason, we created a simple and intuitive experience to democratize access to this new segment”.

The clients they will be able to buy from BRL 1.00 in cryptocurrencies. The bank expects that by June 2022 its entire customer base will have access to this functionality. More cryptocurrencies may be included in the future, after Nubank’s market analysis. To clear customer doubts about this market, a cryptocurrency page was created at Nubank’s website. Additionally, customers will be able to hold crypto on the Nubank app, but withdrawals and deposits will not be released in this initial phase of adoption. It is worth mentioning that Mercado Livre also supports the buying and selling of cryptocurrencies in partnership with Paxos, a regulated company in the United States. This company also makes Dollar Paxos available to customers, who have not yet reached Nubank.

Nu Holdings bought Bitcoin as an investment for a company

In addition to launching buy and sell bitcoin For its clients, Nubank is a believer in the future potential of digital currency. Thus, 1% of the cash of Nu Holdings, which controls the Nubank Group, was used to buy BTC. According to the company, Brazil is responsible for 25% of the volume of cryptocurrencies in Latin America, currently being one of the pillars of the sector that is growing so much. After the company’s purchase of Bitcoin, Nubank hired a specialized consultancy to help the company with its environmental commitment to continue carbon neutrality. Thus, the new product will be integrated following this philosophy of the bank, which says that it will have zero carbon emissions in 2020.

The digital bank has 53 million customers

Nubank now confirms the partnership with Paxos that will allow the buying and selling of cryptocurrencies . With the confirmation, this indicates that 53 million clients of the digital bank will have access to cryptocurrencies starting this Wednesday (10). Charles Cascarilla, co-founder and CEO of Paxos, says that he is excited about the partnership with the Brazilian bank, which opens up a new experience for its clients.

“We are excited to partner with Nubank to provide its more than 50 million customers in Brazil with a secure and affordable business experience for cryptocurrency transactions. The company’s reach and impact in the country ensure that even more people can immerse themselves in this universe. This is a strategic move not only for Nubank, but for an even faster acceleration of cryptocurrency adoption in the region.”

Last Tuesday (10), Nubank also announced that with the help of singer Anitta, it managed to close a partnership with Samsung Pay, another novelty shared with customers.