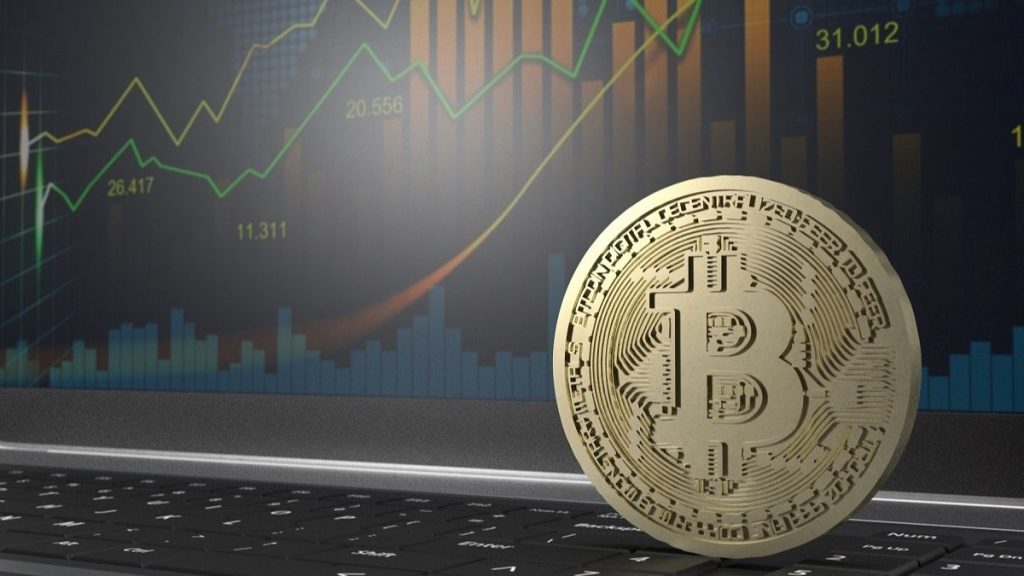 Bitcoin’s Fear and Greed indicator reached its worst level since the “corona crash” episode in March 2020. That month, bitcoin price closed down 25% against the dollar, after the pandemic accelerated the decline of several equity assets around the world. Bitcoin was not spared moments of stress on that occasion as one of the currency’s biggest daily drops was recorded with a 45% loss on its worst day. It is worth remembering that at the time each Bitcoin was $4,200 per coin, very different from the current price of US $30,000. However, after a few days, bitcoin skyrocketed and was no longer a fearsome or undervalued currency, until today.

Created by the Alternative.me website, the Fear And Greed Index is an indicator that has become popular among bitcoin investors. This is because it measures market sentiment towards the digital currency, which is one of the main indicators in bitcoin sentiment analysis. For those who buy and sell on brokerage houses, this is certainly not considered separately, but rather as a complement to the analysts. This Tuesday (17), those who entered the tool ended up realizing an alarming situation, which is the level of Extreme Fear of the Bitcoin market registering the mark of 8. This indicator ranges from 0 (Extreme Fear) to 100 (Extreme Optimism) .

Bitcoin fear and greed indicator on May 17, 2022, trading at 30 thousand dollars and extreme fear in the market. Alternative.me. But what is striking about this measure is that it has not been seen since March 17, 2020, when the world markets were going through the moment that became known as the Corona crash. It should be remembered that in the last 14 days, the price of bitcoin has already lost 23% of its price in dollars, a value also similar to that observed in the month of March 2020. 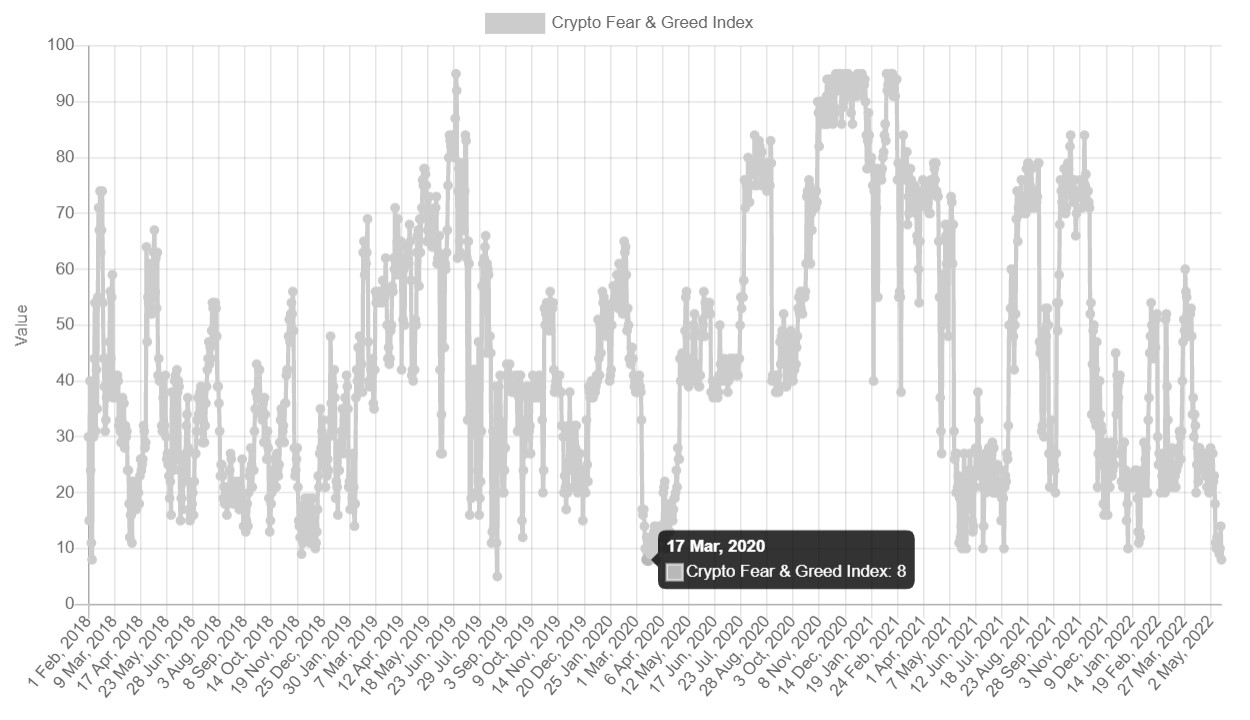 The historical series of the index of fear and greed shows that level 8 was last seen in Corona Crash. alternative.me

Is this good for anyone planning to buy? The indicator draws attention to opportunities

The explanation for reading the indicator, provided by its creators, is that Extreme Fear is a clear signal that investors are worried about the bitcoin future. However, this is also a good BTC buying signal as it can indicate that the market has bottomed out. Of course, this is a sentiment indicator that should not be considered for analysis alone, as there are other factors to consider. But those who bought the latest Fear Extreme 8 have no regrets, even with the current market downturn. Even so, it is important to consider that there are uncertainties in the market and new falls may occur. If this happens, the market could enter a new “crypto winter”, a period marked by consecutive falls. The recommended thing for those who want to invest and not be left out is to make DCA (average price), a technique known by many investors.