DeFi: A beacon of hope for millions of unbanked around the world

The decentralized finance (DeFi) they refer to a financial system that merges the services provided by traditional banks with next-generation technologies such as blockchain and cryptocurrencies. With these unique foundations, DeFi can meet the needs of businesses and consumers, giving them access to loans, checking and savings accounts, trading, interest generation and more, all without the involvement of a centralized third party. The popularity of DeFi has grown up quickly and today it offers rival services in almost every facet of the traditional banking sector. One of the reasons for this is that DeFi is helping people living in remote areas gain access to money and credit through a secure and reliable medium. It has also created new and unique opportunities for people to earn profits they can’t get anywhere else. One of the key challenges with traditional finance is access. To open a bank account, a person is required to show official identification. To be approved for a loan, one must have a suitable credit score, income, and meet other requirements. That person may have a lump sum of cash required to cover that loan, but they won’t be approved if they don’t meet the bank’s strict requirements. For anyone your bank determines is eligible, it means you’re out of luck.

Being unbanked is not economical

The surprising thing is that today, there are billions of people around the world who cannot open a bank account due to the strict rules of the traditional financial system. A 2017 World Bank Index report estimates that there is approximately 1.7 billion adults all over the world who don’t have a bank account. While people living in underdeveloped countries make up the majority of this number, there is an alarming number of unbanked people living in developed countries who also do not have access to a bank account. It is true that not many people enjoy their dealings with the bank. They cause their fair share of headaches and make a lot of money off their clients, but very often not having a bank account is worse for someone’s financial health. Without a bank account, people cannot perform financial transactions that many take for granted, such as cashing a check, saving money, and applying for a loan. They are forced to carry cash everywhere they go and bear the risk that comes with it, including higher fees. In the US, for example, only 40% of adults have a passport, while only 75% have a driver’s license. As a result, many people there lack identification to open a bank account. According to FDIC data, about 25% of American households they are unbanked or underbanked. This can have a devastating cost from an economic perspective. Although prepaid cards have lessened the impact of this, around 70% of payroll in the US still done with paper checks. For those who cannot deposit it into a bank account, they are forced to use a check cashier service that will charge high fees for the privilege of converting it to cash. Since most of the unbanked tend to be in the lower income bracket, those fees can eat up a big chunk of your earnings. The unbanked in the US are also subject to more abusive lending practices. While someone with a bank account and a high credit score can borrow at around 3% to 6% interest, those who are forced to rely on so-called payday loans can afford between 300% and 400% to borrow much-needed cash. Meanwhile, in the developing world, the ability to get out of financial conflict is closely related to access to affordable credit. In South Africa, access to credit can have a dramatic change on someone’s economic prospects, allowing them to get a loan to buy farmland and grow crops, buy a car to get to work, or pay for an education. But for many that is not a start as they lack access. Too often, being unbanked leads to the worst financial inequality and can have a devastating impact on people’s quality of life.

The reason so many people are unbanked is primarily due to systemic problems within the traditional banking industry. Banks are for-profit institutions and have a financial incentive to make their services available to anyone who can afford them. At the same time, there is a disincentive for banks to serve those without identification and credit. With decentralized finance cutting out the middlemen and relying instead on blockchain technology, you can facilitate transactions between two parties in a secure and very cheap way. Traditional finance has considerable barriers to entry, such as its expensive fee structure and ID requirement, while DeFi is accessible to anyone with a smartphone. DeFi also requires little infrastructure. While a bank would need to build a physical branch to make its services available in remote regions, basic WiFi service is all that is needed to access DeFi. In addition, DeFi can work 24/7, unlike traditional banks that only open their doors from 9 to 5. This means that transactions can be made at any time and are processed much more. faster than traditional financial transactions. Because DeFi is automated, transactions are also much cheaper. So while DeFi provides many of the same services as traditional finance, it is also far superior in many ways. These features make DeFi accessible to everyone, without the need for a bank account, KYC checks, or any other type of evidence. This, combined with its transparent rules, which are observed by smart contracts, creates new opportunities for the unbanked to take advantage of the global financial ecosystem. In addition to simply depositing money and saving it, people can use DeFi products to send money to other countries, get a microloan either participate in micro-investments and create a passive income stream. What’s especially clever about DeFi is that the infrastructure carefully spreads the risk of these investments, like providing capital for a loan, equally among multiple investors funding it, meaning no one has to bear all the risk. Therefore, DeFi is especially attractive to an unbanked entrepreneur in a developing country, as they can use its services to obtain financing for their nascent business from investors located anywhere in the world. 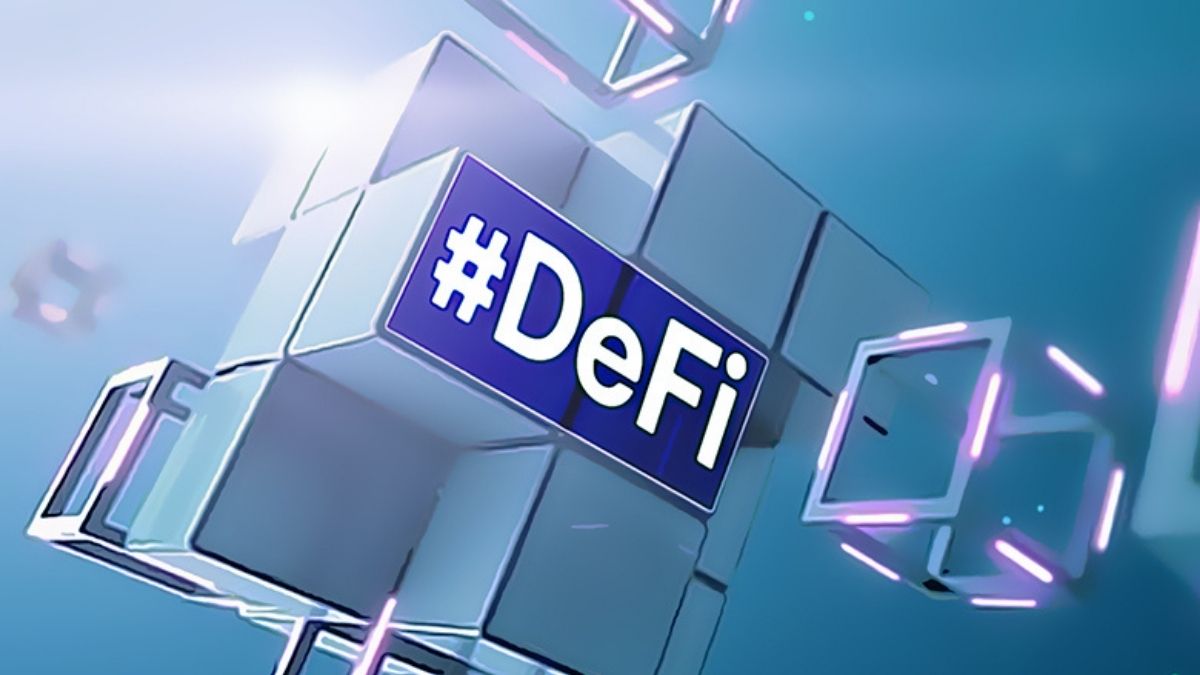 Why regulation will be the enabler

The potential of DeFi is clear, and yet it still has its shortcomings at the moment. One of the biggest challenges is the lack of regulation, a problem that discourages many investors from participating in the DeFi ecosystems. Lack of regulation often correlates with lack of security, and there have certainly been many incidents within the emerging DeFi sector. In most publicized security incidents, investors lost money due to issues with smart contracts, validators, or other issues. Some recent examples include Mirror Protocol violationwhich resulted in the loss of $90 million of user funds, or the Saddle Finance smart contract exploitation which led to another loss of $11 million. Then there are also exit scams, like BreedTech, where the founding team just stole around $9.4 million of the cash of the first investors. The big problem with such incidents is that investors have no way to recover their funds once they have been stolen, and there won’t be until DeFi is more regulated. That is why there is a lot of hope for projects like phreea newly emerging decentralized and compliant liquidity ecosystem that has the goal of bringing regulation to the defi space. What Phree intends to do is bridge the gap between DeFi and compliance found in the traditional financial space to make it more attractive to the massive amounts of liquidity held by institutional investors and banks. As Phree points out, while the growth of DeFi has clearly illustrated its potential, it will only realize its ambitions to bank the unbanked if it can access conventional finance. But that won’t happen until issues around risk, security, fraud, price gouging, and lack of KYC and AML are addressed. Phree promises to solve these problems with a compatible DeFi ecosystem-as-a-service platform and a licensed asset manager that can build transparent, permissionless protocols that will attract major investors. He too has come a long way, working with partners like Parity Technologies, the company behind the Polkadot blockchain, PwC Switzerland and Mastercard in preparation for the launch of its platform in 2023, which will include its own regulated and asset-backed stablecoin. By creating a compatible DeFi platform, Phree hopes to be able to answer questions about what happens when theft occurs as a result of smart contract vulnerabilities and scams, giving users greater peace of mind. At the same time, regulation will reduce the incidence of rug pulling, as non-compliant DeFi protocols will find it difficult to attract investment. Although many continue arguing against compliance and regulatory control in DeFi, claiming that implementing it is impossible due to its decentralized nature, the fact is that there is always an on-ramp or off-ramp to traditional finance somewhere. That is where the opportunity lies and that is where companies like Phree are creating solutions. For DeFi to go mainstream, some form of regulation is desirable and necessary. DeFi represents the best hope for millions of unbanked people to gain fairer access to finance and improve their financial prospects. That alone is reason enough to do what is necessary to ensure that DeFi reaches its potential.