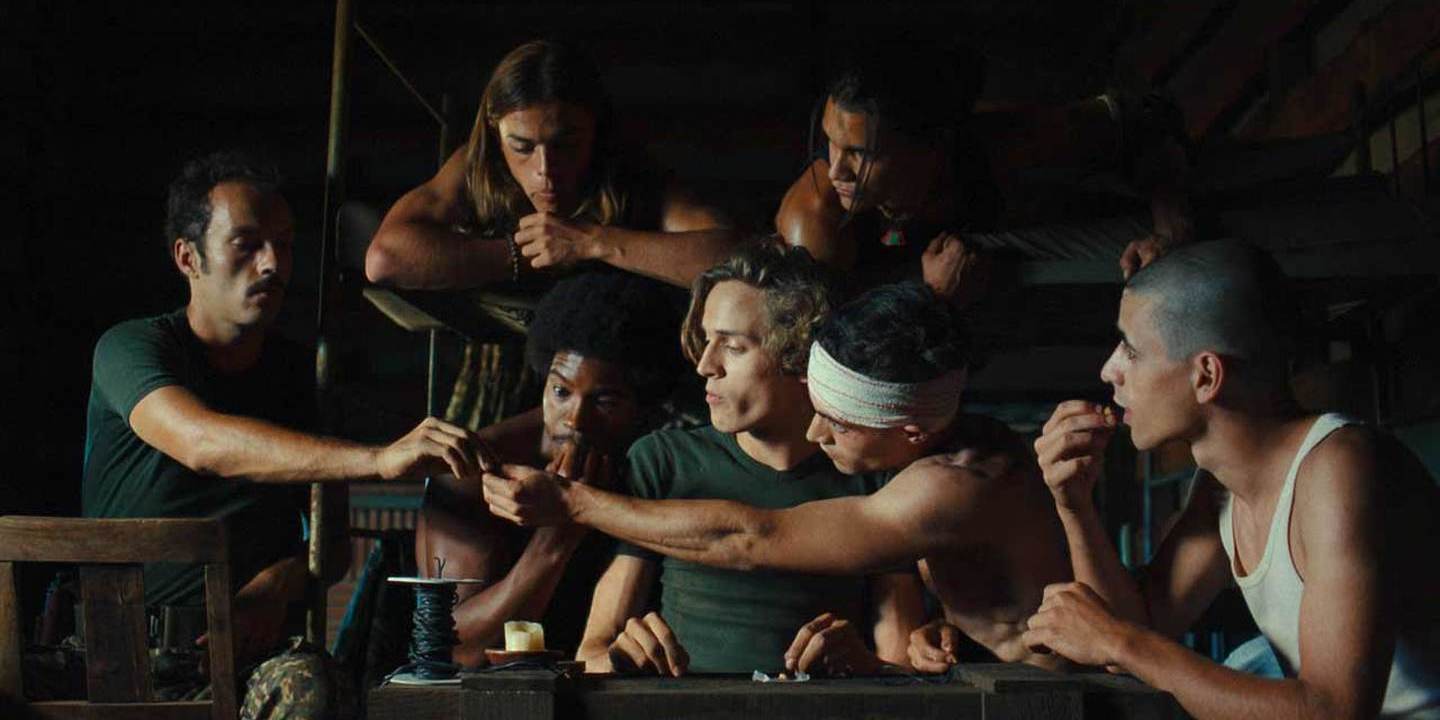 For the director, it represents “the guarantee of [o filme] to win a commercial career”, in the hall, and to be able to access the programming of more festivals, namely in the United States, as I told the Lusa agency today by phone, at the end of the awards ceremony, taking into account such positive reviews as the of Variety. The American magazine called “Brave Nation” (“Tommy Guns”, in the English version) a “remarkable”, “formally and structurally audacious”, “a globally applicable history lesson”. second feature film by Portuguese-Angolan director Carlos Conceição, reflecting on the end of Portuguese colonialism and the traumas of the post-war period, it was selected for the official competition of the 75th edition of the Locarno Festival, thus also applying for awards from independent juries.The Europa Cinemas Label award opens the doors to the network, which translates into “3,059 screens, from 1,217 cinemas, in 739 cities in 42 countries”, where the exhibition of European production is privileged. was decided by a jury of exhibitors, this year composed by the Portuguese Marta Fernandes, from Midas Filmes, Jean-François Lamarche, from Canada, Víctor Paz, from Spain, and Katarzyna Pryc, from Poland.”Nação Valente” was also distinguished with one of the Young Jury awards , which also includes short films, within the scope of the Cinema and Youth initiative, from the Swiss-Italian canton of Ticino. The national distribution of the film is not yet guaranteed, but the premiere should take place at an upcoming Portuguese film festival, as Carlos said today Conceição to Lusa.Following the awarding of the prizes and the reaction of the critics, the decision will be taken with its production company: “A Terratreme, to whom I owe the film”, guaranteed.The story of “Nação Valente” takes place in two temporal moments, already at the end of the colonial war, crossing two realities: that of independence groups, who claimed their territories, and that of Portuguese soldiers, still anchored in the nationalist ideals of defending the homeland.” cinematographic point of view, a story that takes place in a time of war and in a context of a war that we associate with a very recent history of Portugal”, explained the director in an interview with Lusa, on the eve of the beginning of the festival. to think that this movie is not so much about the Colonial War as it is about old ideas, these walls that we still haven’t been able to overcome. We the people. I consider that I transpose them daily and I think that everyone should make this effort to transpose these old ideas, and overcome the prejudices and limitations that certain conservatisms imply”, he said. Friday’s attack on British writer Salman Rushdie, as an example of a world of violence that must end.Carlos Conceição was born in Angola in 1979, the son of three generations of Angolans. The director has Angolan and Portuguese nationality. , and had already addressed the relationship with Angola and Africa in “Serpentário” (2019), the first feature film.”There is a tendency to stop showing racism, because it is believed that the representation of racism has fallen into a kind of vicious circle of representation by ‘cliché’, when in fact one can never stop talking about racism. The work is not finished. […] It is necessary to show, accuse, evidence, discuss, dissect and, probably, if it is through repetition, so be it”, defended the filmmaker. as Conceição demonstrates how “the mentality of colonial rule does not end with the surrender of power”, nor does the granting of autonomy “end with the need for rebellion” of the oppressed.”The film, disturbing and dark, ends up teaching a lesson in history globally applicable, without neglecting the moral and historical contours of Portugal’s debt to Africa. The emotions and ideas that flow through ‘Tommy Guns’ could not be more adequately restless”, concludes the magazine.”Nação Valente” is a co-production between Portugal, Angola and France, and features actors such as João Arrais, Anabela Moreira, Gustavo Sumpta and Leonor Silveira. Carlos Conceição’s cinema has been regularly present at festivals, such as the short films “Boa Noite Cinderela” and “Coelho Mau”, shown in Cannes, “Serpentário”, premiered in Berlin, and “Um Fio de Scarlet Baba”, awarded in Seville. The 75th edition of the Locarno Film Festival closes today.