It took a few years, but the apple finally understood a basic trend in the cellphone market: users will always prefer devices with bigger screens. Apple has long bucked the trend, arguing that no one would want a mobile device to operate with two hands, when they could carry a smaller one and use one. Even having products with large screens, in order to align the iPhone with its competitors, Apple kept the iPhone SE line and introduced the iPhones 12 mini and 13 mini, but for some time now, it has become evident that the public is not so interested on smaller cell phones. 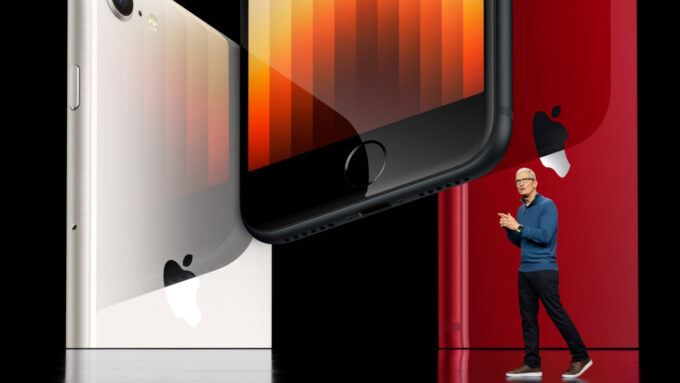 Tim Cook presents the new (but still looking old) iPhone SE, in a March 2022 keynote (Credit: Reproduction/Apple) One of Steve Jobs’ most famous phrases involving the launch of the iPhone, concerned its size, which was compact and endowed with a 3.5-inch screen, tiny by today’s standards. Apple’s then-CEO and co-founder announced early on that his product was “something wonderful for your hand”, specifically in the singular, and was totally averse to a larger device:

“You can’t hold it (a big cell phone) in one hand. Nobody’s going to buy that.”

His revulsion for larger cell phones lasted as long as he was alive, the iPhone only grew years later, but by clinging to his ideas, Apple never really managed to completely distance itself from the compact device format, even with users making it clear that Jobs was wrong, as they didn’t mind handling them with both hands. After all, large and higher resolution screens allow you to watch videos, even chapters of entire series and movies, with some comfort, even with Apple being adamant in claiming that it has a product for content consumption, the iPad. The iPhone should be a pocket computer for less demanding tasks like communication and music consumption, as a successor to the iPod, not a media station. The stubbornness of consumers, who complained for years that the iPhone was too small, led Apple to finally launch larger cell phones, but, at the same time, it kept the reduced format in the iPhone SE line, which after the introduction of the iPhone X in 2017, is the only one with the legacy design, with wide edges and Home button. The problem, the competition had been doing where to abolish the edges for a long time, and the iPhone SE seemed to be a throwback, as powerful as it is, kept just not to abandon the original form factor. The basic line of the iPad follows the same logic.

In addition to being small, the iPhone SE has wide edges, something that no one else tolerates in cell phones (Credit: Disclosure/Apple) Of course, when it comes to Apple, the iPhone SE maintained a number of sales that justified its review in 2020 and in 2022 , when the screen got a little bigger, from 3.5″ to 4.7″. Also in 2020, Cupertino introduced, with the iPhone 12 line, the mini variation, which, although it has a larger display (5.4″), follows the notch and almost borderless design of its larger brothers, in a slightly smaller body. Even though the screen isn’t exactly small, it remains behind the standard and Pro (6.1″) and Pro Max (6.7″) lines, which are still public favorites. As a consequence of its own stubbornness, Apple would have was “surprised” by the bad sales numbers of the iPhones 12 mini, 13 mini and the SE line, in relation to the others. According to data collected by John Donovan, an analyst at Loop Capital, Apple revised its plans based on a series of events, from the supply chain affected by the COVID-19 pandemic, to the war between Russia and Ukraine, to carry out a cut of 9 million iPhone units, among all variants, to be manufactured. However, the apple would have classified the sales of the iPhone 12 mini and 13 mini as “disastrous”, and I will not be a very happy with the departure of the iPhone SE, so much so that it could suffer a cut of 20 million units. The focus would be primarily on the standard iPhone 13. According to Donovan’s analysis, Apple “tested the market” with the iPhone 12 mini to understand how the public would react, and it didn’t sell well at first. Instead of giving up, however, Cupertino insisted on making the mistake with the iPhone 13 mini, and when it didn’t do well in sales either, he tried again with the 3rd generation iPhone SE, out of sheer stubbornness. Only now has the company realized the obvious, the general public wants big cell phones. Apparently, Tim Cook still hasn’t learned how to regulate the reality distortion field to always work, as Jobs did. The new iPhone SE would have gone so badly that the order to cut production would have been given just two weeks after its launch. It’s not hard to see why, it’s a phone with a design from 15 years ago, with huge bezels that could very well be taken up by a larger screen. 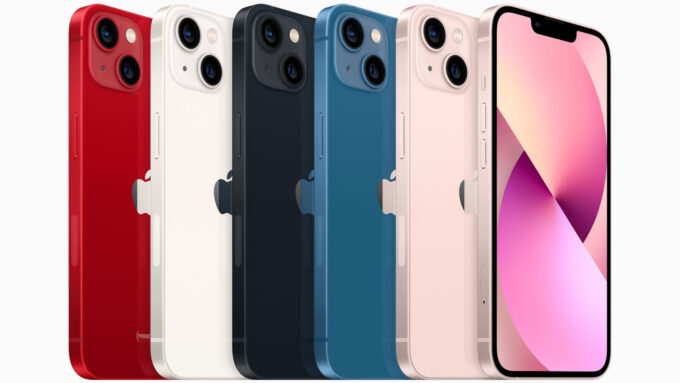 iPhone 13 mini: Not Excited (Credit: Disclosure/Apple) Donovan says Apple, albeit belatedly, has come to understand that small cell phones have “limited appeal” to consumers, with few showing interest in a device with a reduced display, when they can pay just a little more for a bigger gadget, which allows you to consume movies, series and games with more visual quality. According to rumors, Apple intends to abandon the iPhone mini line in 2022, but in Donovan’s opinion, the SE could survive with a “hybrid” design, perhaps with a larger screen and slightly smaller than current year’s gadgets, to compete with devices such as like Google’s Pixel line. In my opinion, it would be more practical to knock both the mini and SE off the roof, and offer as an “entry” option the base model from the previous year, still a powerful device and, most importantly, with a large display from the start. Source: Seeking Alpha