It may not seem like it, but the QR Code is already 28 years old. Created to be an improved version of the traditional barcode, it was designed to allow the attachment of much more information, but its adoption was very slow due to a number of factors. Until the mid-2010s, its usefulness was questionable. Today, the QR Code enables a series of operations, including buying and selling through digital means without direct contact, thanks in part to the COVID-19 pandemic. Apple, and later Google, are also partly to blame for the code’s success. 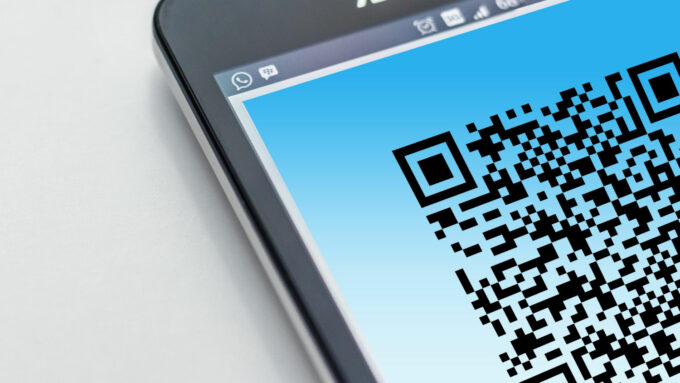 QR Code on Android phone (Credit: Pixabay/Pexels) The QR Code was developed in 1994 by Japanese Masahiro Hara, at the time an engineer at Denso Wave, a Toyota components division. It was developed as a 2D (two-dimensional) code, which can be read horizontally and vertically, with the ability to store vast amounts of information, from characters to numbers, binary and alphanumeric code, and of course, kanji. By default, an ordinary barcode can only be read in one direction (one-dimensional) and stores only binary code. To speed up reading, the code has black squares in 3 of the 4 corners, which fulfill the function of marking the positioning for the reader, speeding up the process. The internal pixels can be rearranged to encode the stored information, and depending on the QR Code version, they have a maximum capacity according to their type: 7,089 numbers, 4,296 alphanumeric codes, 3 kB in binary code, or 1,817 kanji (taking up more space, 13 bits/character). On average, a QR Code holds 200 times more information than a barcode, storing accurate information about the product related to it, such as manufacturing date, origin, ingredients/parts, etc. Realizing that the standard is very useful, Denso Wave has never imposed the patents it has, allowing the QR Code to be freely adopted and adapted by anyone, as long as the ISO and JIS documentation is observed. In Japan it has always been popular, having been used for tracking products and payments, but in the West, it started to gain traction as cellphones became more popular. 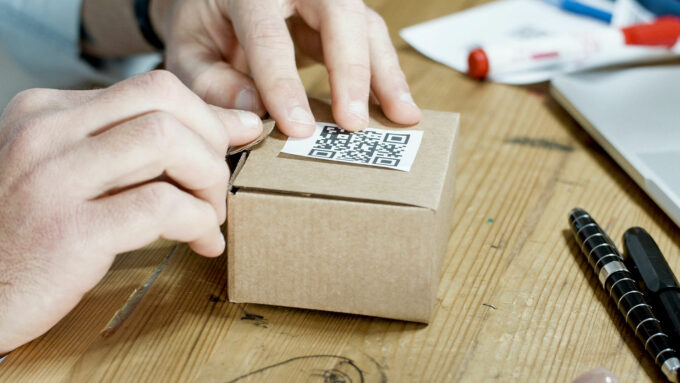 QR Code being affixed to cardboard box (Credit: Kampus Production/Pexels) In the age of alphanumeric keyboards and coal-fired mobile internet, typing a website address manually was a martyrdom. In this aspect, QR Codes made navigation much easier in a precarious time, when each extra minute represented less data to use, and the cost was not friendly at all. In the West, and especially in the United States, there was an excessive exposure of QR Codes in scenarios and uses that did not add anything to the resource, nor did they justify its adoption. Newspapers, magazines, billboards, t-shirts, TV commercials, websites, all adopted the code solely for the novelty, but few tried to implement real utility. What’s the point of putting a QR Code that redirects to your blog, just on its page? When the iPhone was released in 2007 and Google introduced Android in 2008, coupled with the rapidly expanding reach of 3G networks, it no longer made much sense to use code employed just as a URL shortener, when you could make the whole process more quickly. Also, you had to select a compatible reader app, as reading was not a standard feature on mobile devices. Many companies and websites have come to see OCR as a more efficient technology to use the camera and read data, although it is much more complex to apply, and the QR Code ended up being sidelined on this side of the world, almost exclusively because it is “old technology”, which is utter nonsense. Still, a survey conducted in June 2011 found that only 6.2% of cellphone owners in the US had scanned a QR Code that month, half that number in newspapers and magazines, at a time when both sectors were suffering from loss of data. revenue. In this scenario, the adoption of QR codes was part of a desperate strategy, in which they threw everything on the wall and waited to see what stuck. 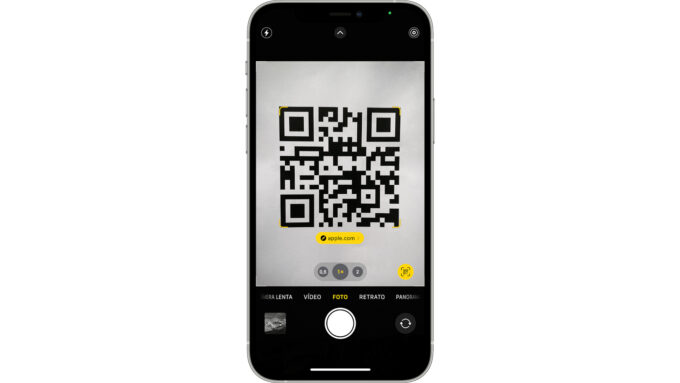 The iPhone only gained native QR Code support with iOS 11 (Credit: Disclosure/Apple) QR Code adoption only started to increase in 2017, when Apple introduced iOS 11, which finally offered support for scanning the codes with the native camera app. It didn’t take long and Google copied and implemented the feature, which appeared in Android 9 Pie, released in 2018. From here, mobile device owners got rid of the first hassle to use QR Codes, which was to go after a compatible app . With native support, just open Camera and scan, as it should have been from the start. As a result, several brands began to see potential in the pattern. Snapchat, for example, has introduced its own QR Code template that users can create to allow others to add them as friends on the social network. Telegram, WhatsApp, Discord and several others also use the default for account login. However, the tide turned in favor of the QR Code with the COVID-19 pandemic, with the West discovering a use for the standard Japan has always had: contactless financial transactions. Mandatory social distancing has changed buying and selling relationships, and businesses have been forced to adapt when handling cash or cards has become a health risk. Even in Brazil, the number of operations carried out with mobile phones involving QR Codes has grown a lot in recent years, thanks to easier access to virtual wallets such as PicPay and the Central Bank’s Pix service, as not everyone has bank accounts to use the connected approach. to credit and debit cards. Unsurprisingly, payment with codes is much higher here than that made possible by NFC. The adoption of Pix has been so massive, that the tool is unwittingly causing a series of inconveniences, including a “boom” in cases of lightning kidnappings and “outings” of banks.

Pix (Credit: Disclosure/Banco Central) Even establishments such as restaurants have greatly limited contact during periods of resumption, and use the QR Code on several fronts, from payment to the menu, accessible directly on mobile devices, instead of using the physical that passes from hand to hand, the horror, the horror. However, an online menu is much easier to update than a physical one, and the user who accesses it digitally will have accurate information about what he can order and which dishes are not available, instead of ordering something in print and the waiter reply “has, but it’s over”. In the end, this helps with the establishment’s image. Of course, more and more people are shopping online, not only for convenience, but for the precaution of reducing contact and avoiding contagion by COVID-19, even in a scenario with a large part of the population immunized, as the variants of the virus continue emerging. And often, payment is made with QR Codes, either at the time of order or delivery. Still on the COVID-19 issue, the QR Code has also been used as a code linked to vaccination wallets and passports, with a great advantage over the physical versions, they are very difficult to forge. Thus, any attempt to manipulate the data is easily verifiable. 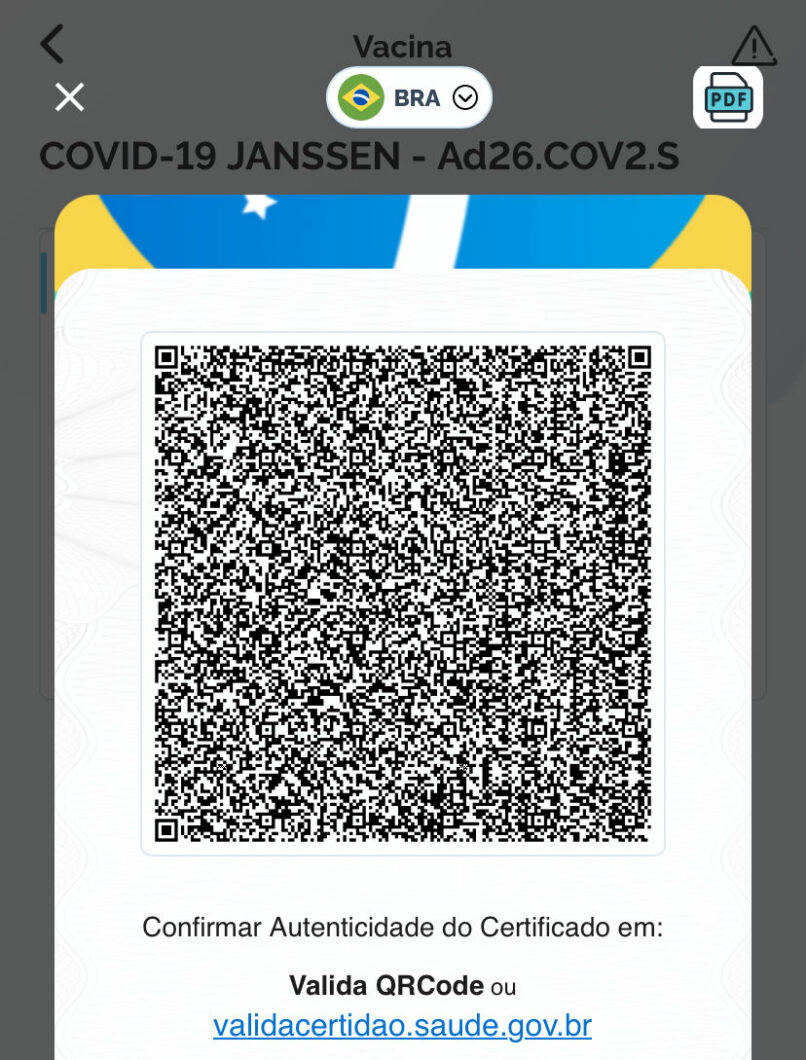 Vaccination certificate against COVID-19 in the ConectSUS app (Credit: Reproduction/DATASUS/Ministry of Health) QR Codes are also used to access medical exams, in Brazil and in other countries, both for practicality and to minimize contact between people, for the strictly necessary. In the end, the QR Code will be a new habit acquired by the population as it is a simple resource to implement and supported by practically all modern cell phones (with the exception of those that still use versions of systems prior to iOS 11 and Android 9), and can be implemented in a number of features, and this time, even though due to the circumstances, everyone realized that it is really useful. Source: Popular Mechanics