O Google lost yet another battle against the European Commission for Competition, the body that regulates the HUH. The General Court, the second highest court in the bloc, upheld a 2018 decision to fine the search giant for violating antitrust laws through android; recourse is still available. The Mountain View company was accused of using the dominance of its mobile system to impose unfair conditions on manufacturers and competitors, in order to privilege its solutions over those of third parties; on the other hand, the court applied a slight reduction in the amount of the fine, from €4.34 to €4.125 billion.

Google logo at the entrance to the company’s headquarters in Mountain View (Credit: Aly Song/Reuters) The lawsuit dates back to 2013, initiated after complaints from competitors such as Nokia and Microsoft (at the time, Windows Phone was trying to be the 3rd mobile OS option), which claimed that Google entered into contracts with manufacturers under special conditions: the company lowered Android licensing costs, but in return, required that its services (Maps, Search, Gmail, etc.) installed on stock versions of system images. At the time, Google accounted for 96% of internet searches, which were already heading towards being mostly performed on mobile devices, as sales of personal computers continued to plummet. So, it was important to ensure that your search engine was the mobile standard. That’s even why Mountain View is subject to paying billions of dollars every year to Apple. Complaints after the 2013 original, provided by FairSearch, included reports that Google also paid incentives to companies that favored Google Search over others, and prohibited certain apps and competing solutions from being pre-installed. Only their own applications and services should have priority, in order to condition the user to always depend on the solutions provided by the search giant. At the same time, Google threatened OEMs with sanctions and investment cuts if they launched alternative products with other systems and products, for example, devices that favored Android forks that did not include the basic GApps package (Gmail, Search, Maps, Play Store). Until 2018, and considering the history of the lawsuits brought by the European Commission for Competition, which is chaired by the hard-line commissioner Margrethe Vestager, who HATES Google and other US tech giants, it was believed that the fine would be between € 2, 3 billion and €3.7 billion, but the Danish politician, who is now also Executive VP of the European Commission for the Digital Age, plunged the knife and turned at €4.34 billion. Google immediately filed an appeal, claiming that the European Commission could not rule on Android as the dominant system in the EU, given the existence of the iPhone and iOS, and that many of its actions were necessary to “combat the fragmentation of the ecosystem”, which was splitting, according to the giant, into “several incompatible systems”. 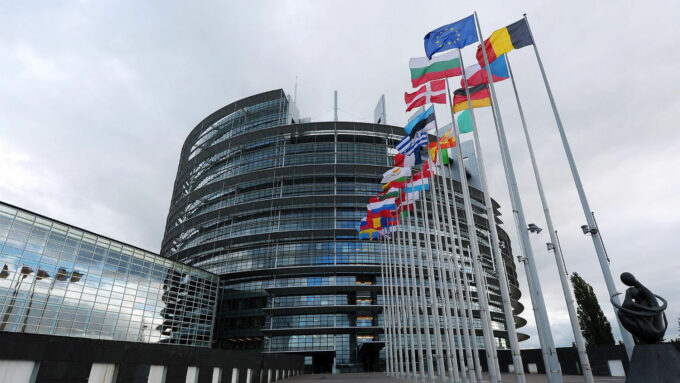 European Parliament Headquarters in Strasbourg, France (Credit: Frederick Florin/AFP/Getty Images) As expected, none of this stuck.

Google can appeal (and lose again)

In the ruling (Caution, PDF) published on Wednesday (14), the EU General Court noted that the fragmentation of Android, which Google considered a threat to its business, was “exactly the desired result for a competitive market, whether OSs are compatible or not”. Basically, the giant dug her own grave by following this line of thinking. However, the Court made a small adjustment to the amount to be paid by Google, in which the fine was reduced to €4.125 billion, or R$21.369 billion in today’s values ​​(quote of 09/14/2022). In an official statement, a Google spokesperson expressed the company’s disappointment at the outcome of the trial:

“We (Google) regret that the Court did not overturn the decision in full. Android has created more choices for everyone, not less, and supports thousands of successful companies in Europe and around the world.”

Considering that the General Court is the second highest court in the EU, Google can appeal the decision and take the case to the European Court of Justice, the Supreme Court. However, given the bloc’s history and complete ill will toward outside companies, the odds of Mountain View overturning the conviction tend to be zero. It is worth remembering that the company accumulates three convictions, with billions in fines. In addition to the €4.125 billion for abuse when using Android, the company has to pay another €2.4 billion for the same reason, but involving Google Search, and another €1.49 billion for using AdSense to harm competitors. Added together, the three fines add up to an impressive figure of €8.015 billion, or R$41.54 billion (quote on 09/14/2022). And yes, you will have to pay. Source: Reuters

Soon, no Samsung cell phone will bring a charger in the box