DocLisboa: film "João Ayres, independent painter" would you like "help rescue memory" by the artist 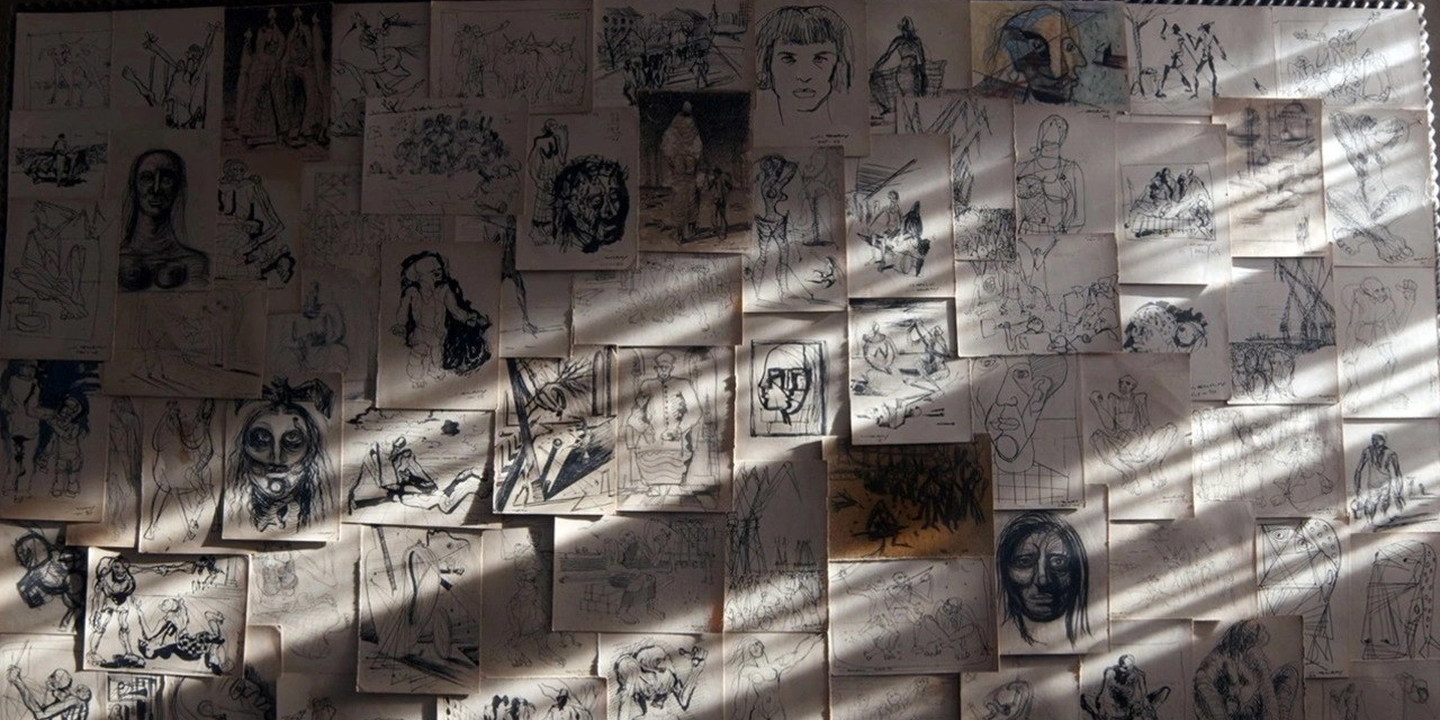 The documentary “João Ayres, independent painter”, which is shown today at DocLisboa, is the contribution of director Diogo Varela Silva to “rescue the memory” of an artist whom Portugal “failed to recognize”. Varela Silva was “challenged” by the eldest grandson of the painter João Ayres (1921-2001), Diogo Camilo Alves, “to visit the house-studio that belonged to his grandfather and where all his work is located”, in Vale de Lobos, a Speaking to Lusa, the director said that “when confronted with the grandeur of the work” by João Ayres, “with the size and variety”, he was “fascinated” and began to look more closely about the artist’s work, ending up “also discovering, through Diogo, his essays, his thoughts”. importance that I think João Ayres has in contemporary art, both Portuguese and Mozambican na”, he said.João Ayres was born in Lisbon in 1921 and moved to Mozambique in 1946, where, three years later, he held his first solo exhibition, which was followed by many others, both solo and collective.Diogo Varela Silva recalled that the painter “exhibited at the São Paulo and Rio [de Janeiro]was entitled to the main halls, and is in many museums, not only in Europe, but in Africa and Brazil as well.” “There was something here that failed on our part, as a country, to recognize [deste artista]”, lamented the director, emphasizing that it is “really important to rescue” João Ayres, who “nowadays is already beginning to be studied at the academy”. The film, which features Diogo Camilo Alves, addresses “the work and the João Ayres’ life, as an artist”, “that house [em Vale de Lobos], where all the paintings are and it was his studio in the last years of his life”, and “this work and this huge desire to see his grandson trying to rescue his grandfather’s name”. festivals” – it has already been shown in Timor-Leste and this week it will also be in the United States -, “it is scheduled to air on RTP” and Diogo Varela Silva hopes, “before that, to get it commercially premiered in theaters”. the director liked “to show the film in Mozambique, not least because there were some shots that were made there and it makes perfect sense for the film to be seen there”. “Mozambique was of enormous importance in João Ayres’ career. You can see in the colors, you can see in the painted themes that he was influenced by Mozambique. It was impossible not to be there, having been there for so many years”, he said. “João Ayres, independent painter” is shown today at 7 pm at Cinema São Jorge, in Sala Manoel de Oliveira. The film is part of the competitive section “Heart Beat” of DocLisboa, which runs until Sunday. João Ayres’ last exhibition took place at the Municipal Gallery of Fitares, in Sintra, in 2000, and on that occasion he was distinguished by the Municipality of Sintra with the medal of municipal silver merit. Posthumously, the municipality of Sintra, the municipality where he lived and worked for 30 years, honored him with the municipal gold medal. , the exhibition “Nanquim Preto sobre Fundo Branco”, composed of three sets of paintings and drawings, created by João Ayres between 1947 and 1959. In Mozambique, João Ayres was also a professor of painting and drawing at the Núcleo de Arte in Maputo, “having formed by a large part of local artists such as Malangatana, José Júlio, António Bronze, Mankew and Bertina Lopes”.