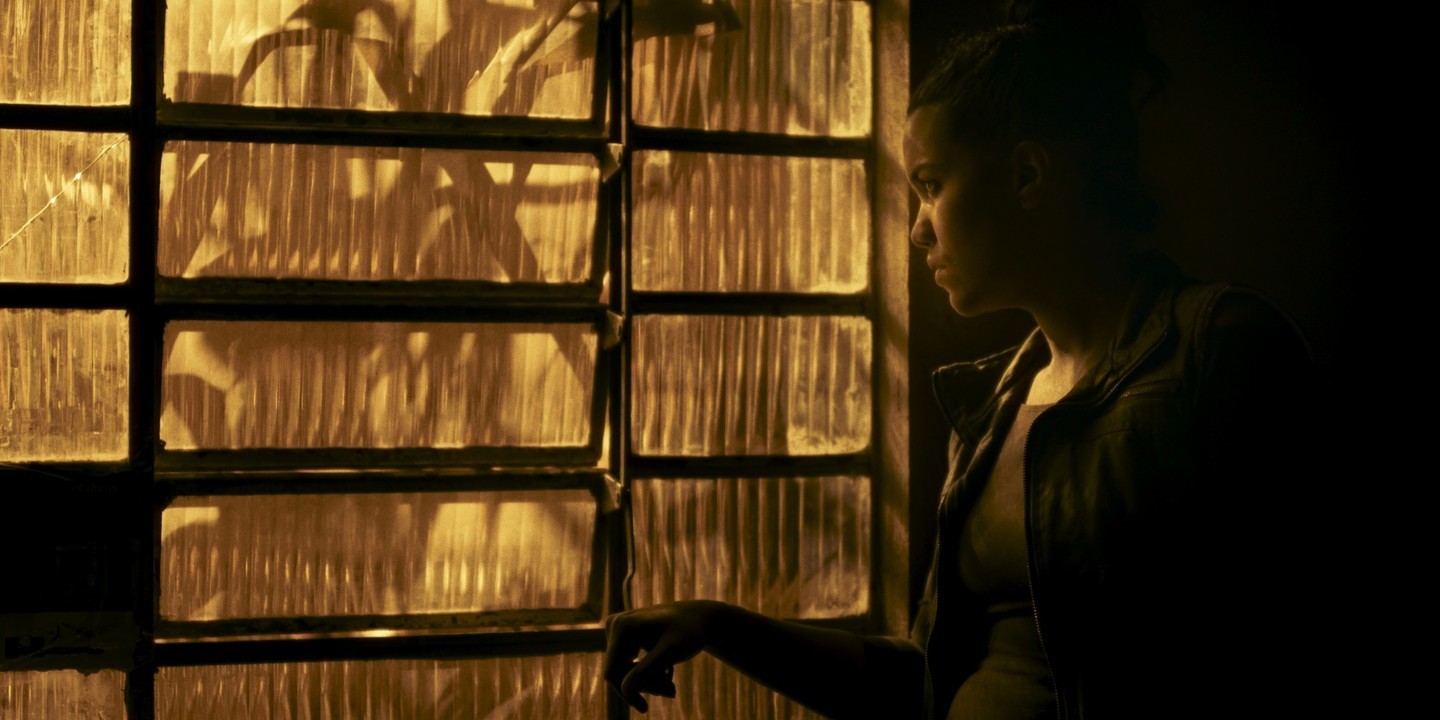 Regarding this work recently awarded at the Rio de Janeiro Film Festival, the jury considered it to be “a film that enters the heart of a strong community”, in which “sensuality, resistance and the flame of revolution burn between oil, music and bodies that are close together suggest other futures”. For the jury, “Mato Seco em Chamas” is “a hybrid game that dissipates borders and summons a dystopian aesthetic, from which the utopian is anticipated”. Fiction went to “Fogo fátuo” by João Pedro Rodrigues – which was also recently awarded at the Festival of having the jury considered that, “after the pandemic isolation”, it is a work that “with intelligence” “reclaims the movie theater as collective experience where laughter is contagious, colors and spaces delight”. As for the prize for Best Short Film, the jury awarded it to “2nd person”, by Rita Barbosa, considering it a “unhaunted film that offers his time to a testimonial voice for the rescue of h stories to tell”.“Through a hovering camera on the city’s vertical surfaces, we are led to the secret”, maintained the jury. It is a work in which “images from other times, like ghosts, bring back a past that, not forgotten, thickens today if we do not give up reflecting on the public and private place.”“Ice Merchants”, by João Gonzalez , won the Best Animation award, considering the jury to be “a sensory and vertiginous film in the choice of perspective, with a brilliant use of color as a symbol and absence, of sound as an extension of the movements and densification of the action”. Revelation was for the young actress Lua Michel who, “in the innocent quality with which she surrenders to each relationship” in the film “Alma Viva” finds “in each of them a dense being, building an inner idea of ​​the relationship between the real and the transcendent “Living soul”, realized Written by the Portuguese-French Cristèle Alves Meira, this is the film that will represent Portugal at the Oscars. Robson”, while the award for Best Secondary Interpretation went to Ana Padrão, in “Alma viva” which with “a stripped-down interpretation in a courageous crossing” goes “founding the border between the genres of fiction and documentary”. edition of the Festival Caminhos do Cinema Português, the Best Film from the selection of Other Looks went to “Objetos de luz”, by Acácio de Almeida and Maria Carré, with an Honorable Mention also being attributed to “Luana”, by Maria Simões and Tiago Melo Bento .In the Essay Selection, the jury awarded the prize for Best International Essay to “Ventanas”, by Jhon Ciavaldini, and an Honorable Mention for International Essay to “The Midwife, by Anne-Sophie Bailly.The Honorable Mention The National Animation Essay went to “Rua do Caneiro”, by Leonor Faria Henriques, the Best National Animation Essay for “The biggest cage in the world”, by Marta Ribeiro and Catarina Colaço, the Best National Essay Prize for “Mistida”, by Falcão Nhaga and the National Essay Honorable Mention for “At the End of the World”, by Abraham Escobedo-Salas. , sometimes life”, by Janine Gonçalves, the Honorable Mention.With regard to the International Federation of Film Clubs, the D. Quijote Prize went to “Alma viva”, by Cristèle Alves Meira, and the Honorable Mention to “Garrano”, by David Doutel & Vasco Sá. Miguel da Santa (“At sixteen”). The prize for Best Wardrobe went to Patrícia Dória (“Fogo Fátuo”), for Best Photography for Joana Pimenta (“Mato Seco em Chamas”), Best Artistic Direction for João Rui Guerra da Mata (“Fogo fátuo”), Best Poster for Tiago Carvalho (“Aos deseisis)” and Best Characterization for Sofia Frazão (“The immaterial girl”).Carlos Guerreiro and Manuel Riveiro (“The demons of my grandfather”) won the award for Best Original Soundtrack, Cristéle Alves Meira and Laurent Lunetta (“Alma viva”) for Best Original Screenplay, Ana Padrão (“Alma viva”) for Best Secondary Interpretation and Pedro Fasanaro (“Deserto particular”) for Best Principal Interpretation.Lua Michel (“Alma viva”) won the FSS Revelation Award, “2nd person” (Rita Barbosa) the União de Freguesias de Coimbra Award for Best Short Film and “Ice Merchants” (João González) the Turismo do Centro Award for Best Animation. Coimbra City Award for Best Fiction for “Fogo Fátuo” (João Pedro Rodrigues) , the City of Coimbra Grand Prix for “Mato Seco em Chamas” (Joana Pimenta and Adirley Barbosa and the Crisótubos Audience Award for “Alma Viva” (Seleção Caminhos), “Cesária Évora” (Outros Olhares) and “Midnight glow” ( Rehearsals).The 28th edition of the Caminhos do Cinema Português Festival began on the 5th and during the event 162 films were screened at the Teatro Académico de Gil Vicente, at the Casa do Cinema in Coimbra, at the Salgado Zenha Auditorium and at the Convent of São Francisco.