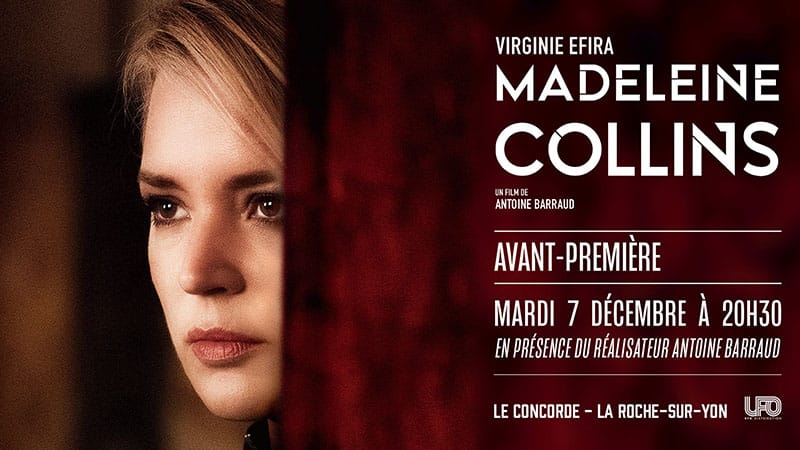 Judith leads a double life between Switzerland and France. On the one hand, Abdel, with whom she is raising her daughter together. On the other, Melvil, with whom she has two slightly older children. Little by little, this fragile balance made of lies, secrets and comings and goings is breaking down. Faced with the unmasking, Judith chooses to flee forward.

In search of the doppelgänger

Interesting psychological thriller that manages to impact and attract the viewer’s gaze throughout the footage. In the madeleine collins movieNothing is what it seems.

There is a lot of work on the part of the public, which should unravel the mystery that the film offers us, especially with the first scene and the first minutes of footage. We explain it all below.

The film offers that special feeling that something can happen at any moment; abrupt turns are frequent, at the same time that the crudeness grows as time goes by.

Whenever children and families are involved in these stories of psychological suspense, the tragedy becomes latent, forming a dense and suffocating climate.

With another script and another production, the film could end up being a telefilm closer to a table-top soap opera, but nothing could be further from the truth. The direction of the actors is exceptional with an outstanding love trio: Virginie Efira, bruno solomone and ours Quim Gutierrezwho continues to strive to choose interesting and complicated roles that distance him from the archetype of the handsome boy.

The cast is completed with the always interesting Jacqueline Bissettwhich, together with the outstanding role of the children, offers a very solvent cast in favor of the drama.

The truth is that these types of films that delve into the myth of the double have always caught my attention. In this case, the film stands out from that supernatural halo —almost science fiction— that other productions of the genre have, such as the essential ones: Veronica’s double life (formidable work by the late Krzysztof Kieślowski with a splendid Irene Jacobs) or the recent Preparations to be together for an unknown period of time (Lili Horvát, 2020).

In this case, Antoine Arraud He offers us a journey through a disturbed mind, a textbook psychopath, not because he strives to commit multiple crimes (as Hollywood insists on making us believe) but because of his inability to relate to people in a natural way, far from the obsession he shows the main character on screen.

Have you ever heard stories about people leading a double life? What motivates them to get entangled in such a jumble of feelings? Possibly, most of the answers to questions of this type are found in the film. The motivations of a character who is literally broken inside, who takes refuge in the longing for fictitious lives to be able to live, for fear of facing a reality that bores and overwhelms him.

When the residue of the viewing begins to permeate us, it is possible to rebuild this story that leaves us perplexed with its outcome.

The key is found in the opening scene. In it we see a blonde girl (who is not our protagonist) entering a haute couture store. There she suffers a small attack that causes her to faint in the fitting room. Later, off camera, it is intuited that the same blonde girl suffers a collapse that ends in tragedy: her death. She maybe she has a fatal heart attack, or she gets hit by a car.

This blonde woman is Quim Gutiérrez’s wife in fiction, Margot. In fact, in the credits we can see that Margot, although she looks a lot like the protagonist (Judith Fauvet played by the aforementioned Virginie Efira) is played by the actress Mona Walravens).

From here, Judith’s obsession with becoming Margot begins, even assuming the role of mother of the little daughter of Quim’s character, while at the same time making family problems or even those blackouts that the woman suffered her own.

Remarkable is the scene in which Judith faints (fictionally?) during her husband’s celebration ceremony and asks a friend to take some pills out of her bag, to which her friend replies: «What pills? ».

In other words, Judith’s best friend knows that she doesn’t need any pills, in fact she didn’t know anything about those false fainting spells that she tries to imitate.

In any case, Judith is never able to tell the truth, she has lost contact with reality and although she has lost her two boyfriends, she prefers to continue living a lie, falling in love again with that guy who falsifies identities. The desire for a new adventure is stronger than the loss of her partners to date, at least that is clear from the enigmatic smile that can be seen on her face in the last scene.

Melinda Dillon, actress of "Close Encounters of the 3rd Degree" It is "the slander"