Visitors to Comic Con Portugal are looking for experiences, souvenirs, an autograph 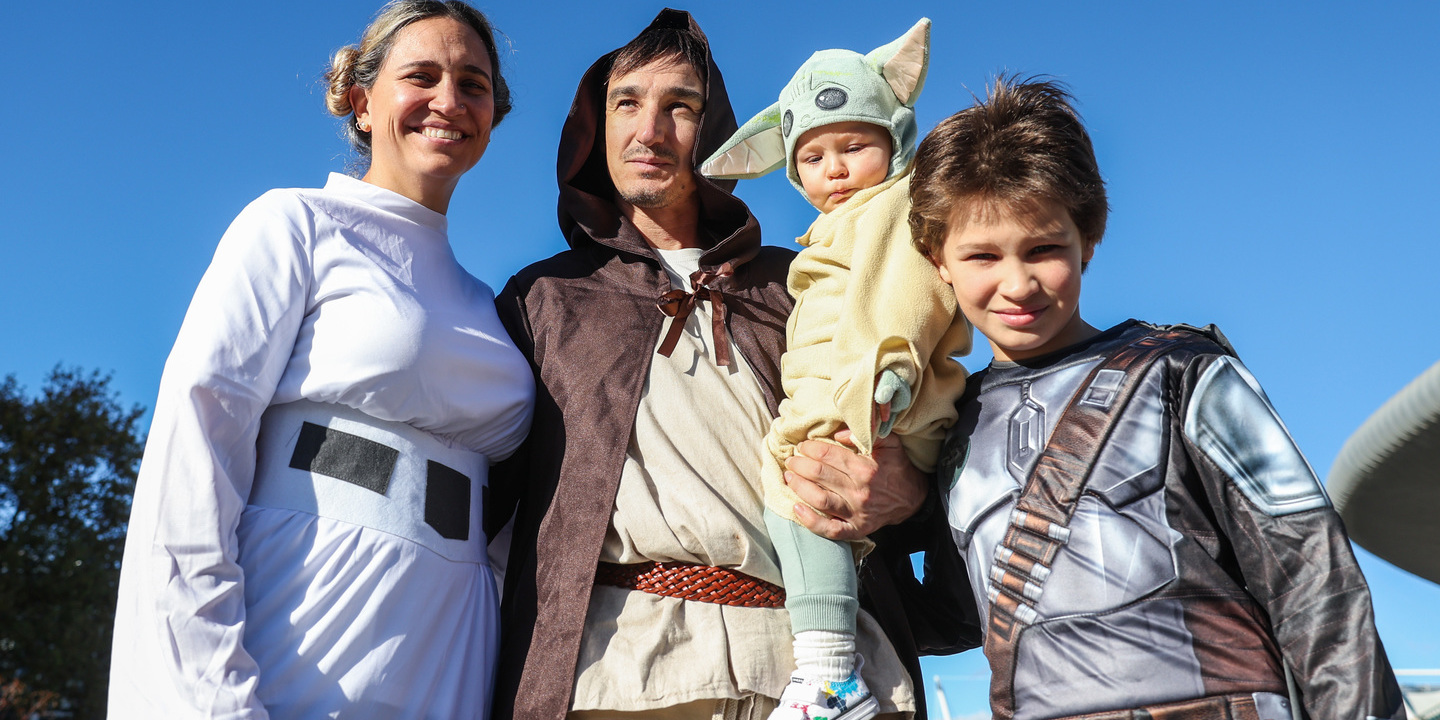 Comic Con Portugal is, since Thursday, in the two halls of the Altice Arena and in the surrounding public space, in Parque das Nações, occupying 115,000 square meters with entertainment content and videogames. The organization hopes to reach around 140,000 registered visitors in the 2019 edition, before the covid-19 pandemic, but this afternoon, the atmosphere was calm, without crowds, with great ease of movement, without long queues and without the rain that fell and caused havoc in the region de Lisboa.Eight auditoriums and several spaces were set up in the enclosure dedicated to the dissemination of entertainment content, cinema, television, cosplay, video games or literature. According to the organization, there are more than 370 guests and 300 hours of programming, including conversations, autograph sessions and presentations and entertainment content. games and entertainment, and also parading around embodying favorite characters (‘cosplay’). Pedro Rosa, 17 years old, made his debut at Comic Con wearing traditional Japanese armor that he sewed himself, inspired by Jin Sakai, a character from a popular video game. Taking advantage of an offered ticket, Pedro Rosa told Lusa that going to Comic Con is “above all the coexistence with other people”. “I found it interactive, people had already come to me”, he said. In one of the corridors of the Altice Arena, a huge pair of butterfly wings could be seen from a distance. It was Joana, a 23-year-old from Lisbon dressed as Flora, a fairy from the Winx universe. Practicing ‘cosplay’ for seven years, Joana explained to Lusa that embodying fictional characters “is an escape from reality and helps to meet new people”. “Once upon a time”) talking about his journey; try out virtual reality games, wait to get an autograph from the British writer Joe Abercrombie or a drawn autograph from the Brazilian artist Mike Deodato Jr. from Comic Con. Among superheroes, princesses, Jedi and ghost hunters was Rita, 32 years old, under a Harley Quinn disguise.Rita was in all editions of Comic Con Portugal – the first was in 2013 in Matosinhos – and, more than attending conversations and meetings with artists, what he prefers is meeting friends.”It’s an opportunity for us all to get together. We meet a lot of friends once a year, it’s like we’ve seen each other yesterday and it’s nice; we make new friends, we see friends again I love them”, he told Lusa.At the exit of the shopping area, where it is possible to buy ‘merchandising’ of the best-known series, such as comics, games and endless souvenir objects – which can cost 1.5 euros or more than a hundred of euros, the Lusa agency found eight-year-old Manuel, who traveled from Vila Real accompanied by his father. The Lusa agency told the Lusa agency that he went to Comic Con “because he likes these things”, series, films and Japanese animation (‘anime’). . The most recent interests are the series “Wednesday”, on display on Netflix, the animated film “Luca” (2021) and the Japanese series “Naruto”. and actor Amir Wilson, who star in the television series “Mundos Paralelos”, or Zackary Levi, actor in the movie “Shazam!”, as well as authors Paco Roca, Wes Craig and Paula Hawkins. example, the HBO platform, NOS Audiovisuais, the channels AMC, AXN, SYFY and Paramount Pictures.