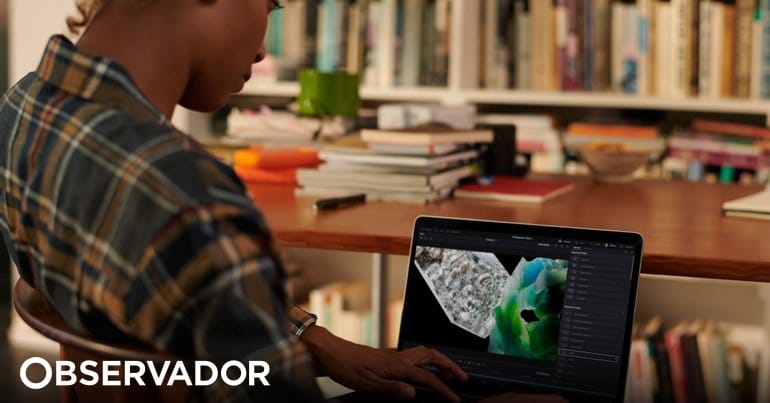 It is not usual for Apple to have product launches in January, but in 2023, technology decided to surprise. Without the right to a live event but still with a recorded presentation available at the California headquarters to see on YouTube, Tim Cook’s company revealed new versions of its own processor, more members in the MacBook Pro line and a new Mac Mini . Let’s start with the processors. The M2 family now has two new elements: the M2 Pro and the M2 Max. The M2 Pro, the first to be revealed, uses the architecture of the M2, announced in the summer of 2022, and has 40 billion transistors – compared to the M1 Pro, should be almost 20% faster. Apple shared some more concrete examples of the capabilities of this M2 Pro: in image processing using Photoshop, which is usually a heavy task for any computer, the M2 Pro is 40% faster than the M1 Pro and 80% more than a Core i9 processor made by Intel. The other novelty, the M2 Max, has 67 billion transistors, 10 billion more compared to the predecessor M1 Max. The first equipment to be presented with the M2 Pro processor is “something unexpected”, conceded Tim Millet, Apple’s vice president in charge of device architecture. The Mac Mini, the company’s small computer will be available in two versions: one with the M2 processor and the other with the M2 Pro. The North American technology argues that the renewed Mac mini, which has the M2 processor, will be “five times faster than the best-selling Windows desktop”. Compared to the Mac mini available so far, which depends on an Intel processor, the company announces that it should be 14 times faster. The Mac mini are available for pre-order starting this Tuesday, but they only arrive to the market on the 24th of January. In Portugal prices are significantly higher than in Apple’s US$599 announcement for the United States: the Mac Mini with M2 processor, 8GB of RAM and 256 GB of SSD storage starts at €729 while the computer with 8 GB of RAM and 512 GB of SSD rises to €959 euros. The news with the M2 Pro, 16 GB of RAM and 512 GB of SSD it costs 1,579 euros.This article is exclusive to our subscribers: subscribe now and benefit from unlimited reading and other benefits. If you are already a subscriber, log in here. If you think this message is in error, contact our customer support.

Without wires, with “shocks” or with AI in the mix. The news from the frantic CES, the beginning of the technological year