Cardi B Is Pregnant! But The Announcement Is Controversial! 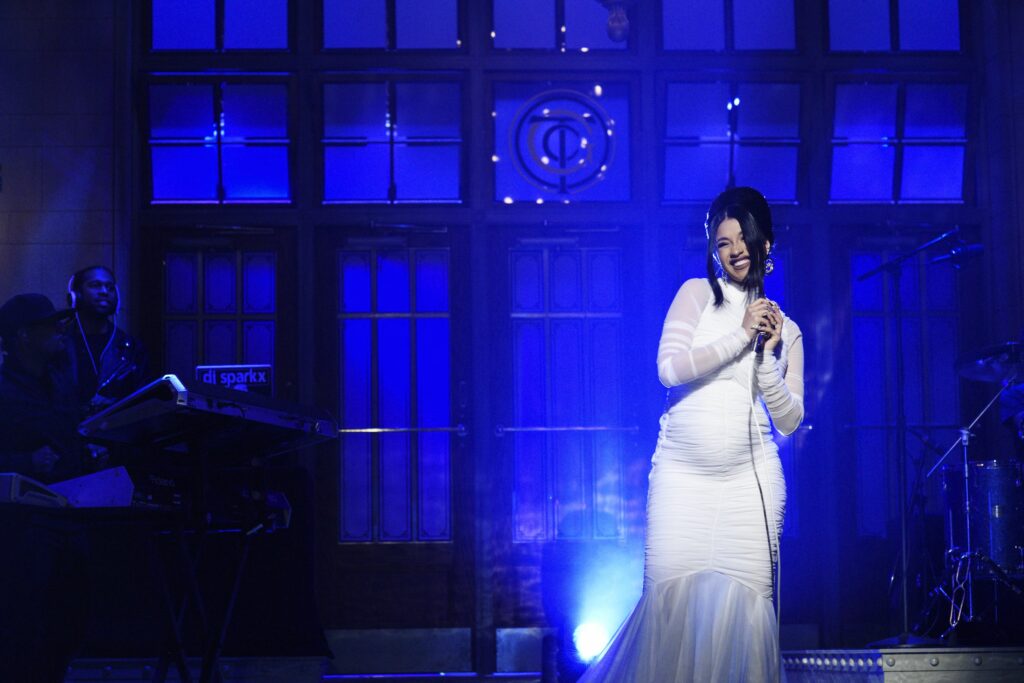 Cardi B announced her second pregnancy through a photo on Instagram.

True to her controversial style, the Dominican-American rapper broke the news with a photograph of herself posing nude, covered in white paint over her breasts and belly showing her late pregnancy.

“#2! ♥ ️ @offsetyrn,” Cardi B wrote simply on her Instagram account, hinting that the baby is the result of her marriage to the Migos member. He immediately received congratulatory comments.

The chaotic marriage of Offset and Cardi B.

The couple secretly married at the end of 2017, and their relationship has been marked by separations due to alleged infidelities by Offset and temporary reunions.

As we reported at the time in September 2020 Cardi B even asked the rapper for a divorce, but later they resumed the relationship.

The singer, whose real name is Belcalis Marlenis Almanzar, is often jealous of her family and rarely shares anything about them.

Kulture, the first daughter of the marriage.

According to Caras, the peculiar name of Kulture comes from a tribute to the discography of Migos, a rap band in which DJ Offset participates. It refers to the last two albums of the trio: Culture and Culture II.

So far the details about the sex of the new family member are unknown, but surely in a short time, we will know more about this controversial couple.

Apparently, the love between Cardi B and Offset is still alive because even after the crisis that distanced them in 2020 they have opted to continue reproducing themselves.

ALSO READ: Stranger Things: Who Earns The Most?