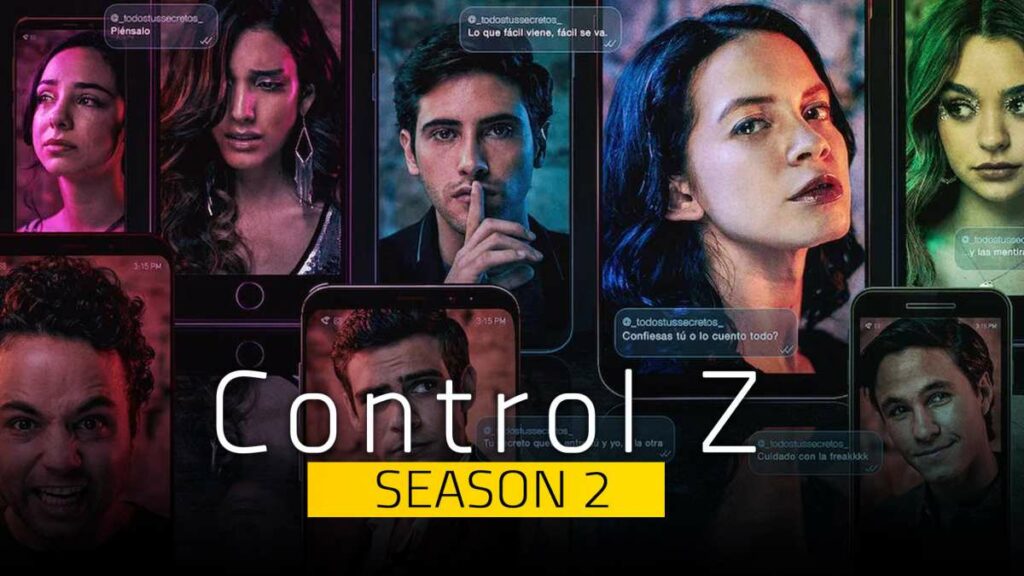 For those who were left wanting more, a new season of Control Z has been confirmed which will arrive in August.

New-season of Control Z was confirmed, let’s remember that this Mexican series was one of Netflix’s unexpected successes, which is based on teenage life and the many mysteries that surround the new generations, of course, always with a good dose of drama.

Although it is recognized that due to the arrival of the pandemic, the premiere of many film productions, as well as platforms, was delayed, including ‘Control Z’, a series that premiered in 2020.

But after its successful episodes of the first season, it was through Netflix Latin America that they confirmed the new season of Control Z and its premiere will be on August 4.

The series is starring Ana Valeria Becerril, Michael Ronda, Yankel Stevan, Luis Curiel, Samantha Acuna, Macarena Garcia, and more, Netflix and the producers hope it will have the same success as the first part that had audience records.

Alejandro Lozano, one of the creators of the series, said that the first season of Control Z ended up leaving several conspiracy theories everywhere “we were seeing where the second season could go, and some of the users were quite close.”

Although he affirmed “ nobody is going to hit him. We tried not to make it obvious, especially for those who were closer to it.”

Thus, despite the fact that it is unknown how the second part will begin if they have confirmed that the past could be responsible for a death in the present and the protagonists will live this moment in their own flesh.

Why is it called Control Z?

At first, ‘Sofia H.’ was thought of, which ended up being discarded to reach ‘Control Z’, something that for many generations is linked to the world of computing, and indeed, the command of the computer is related to the story and plot.

So far the announcement of the new season of Control Z has achieved more than 80 thousand views on all official social networks, something that suggests a new success.