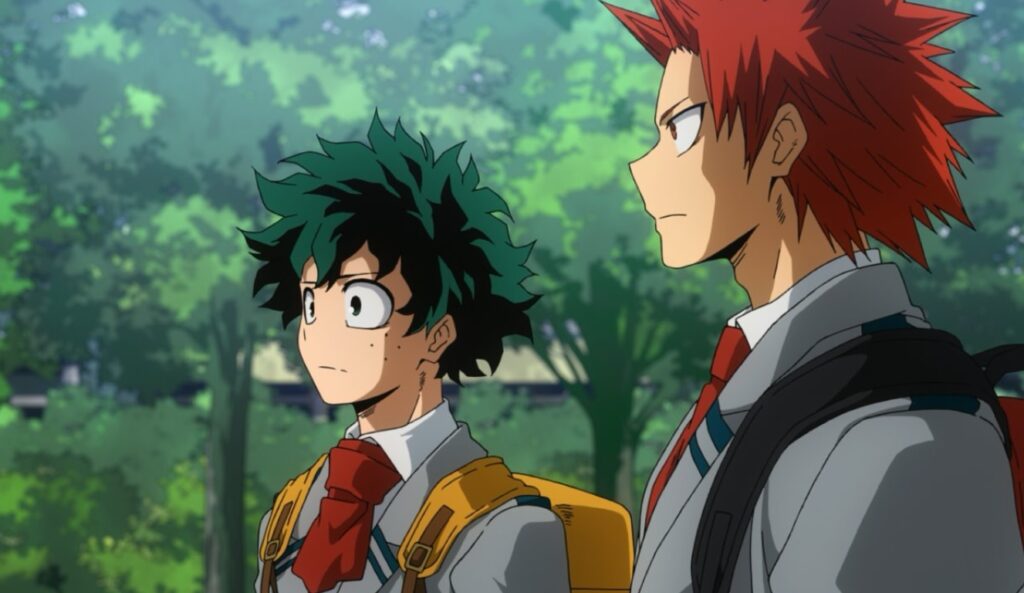 In season 5 of “My Hero Academia” there will be clashes with the Meta Liberation Army. The official homepage of the anime series introduces you to the villains in more detail.

Pictures and character descriptions of five new villains have been published on the official homepage of the anime series “My Hero Academia”. The current fifth season is about halfway through and the villainous association Meta Liberation Army will play an important role in the upcoming episodes.

In Japan, the new episodes are on the channels MBS and TBS. In Germany you have the chance, all the episodes fresh after the Japanese broadcast in simulcast with the streaming services anime on-demand or Crunchyroll to see every Saturday at 11:30.

Rikiya Yotsubashi (aka Re-Destro) is Destro’s son and leader of the Meta Liberation Army. He is convinced that specialties can be used freely.

Tomoyasu Chikazoku (alias Skeptic) is director of the large IT company “Feel Good Inc.” (Risk of catchy tunes!) And as a manager responsible for collecting information during the operations.

Koku Hanabata (aka Trumpet) is a politician and chairman of the Kokoro party. His persuasion skills earned the MLA many supporters.

Chitose Kizuki (aka Curious) also holds a leadership position at the MLA and is the managing director of Shouwaysha. She is responsible for the PR work for the Meta Liberation Army.

Get is one of the MLA’s liberation warriors. He has sworn allegiance to Re-Destro and has enormous fighting power.

“My Hero Academia” is not only popular in Japan. We’ll tell you in our overview whether the anime series can also be counted among the best anime of all time.

Benefits of using a casino bonus

Movie night (and casino) with the girlfriend