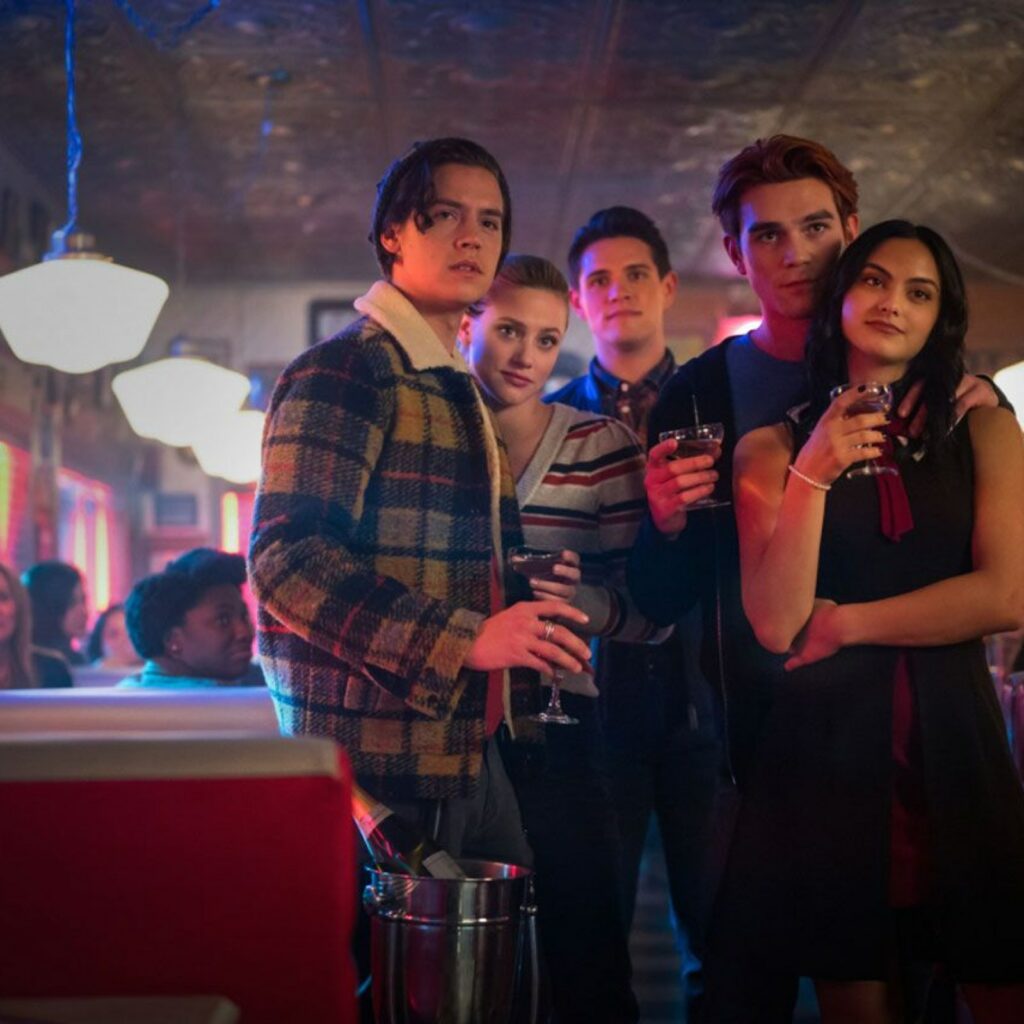 Riverdale 5×11 previews and promos of the eleventh episode: let’s find out together what happens and when the TV series returns after the break.

Wednesday, March 31 The CW sent the final mid-season of the fifth season of Riverdale, during which we have witnessed a series of events rather absurd. The 5 × 10 promos didn’t make us understand much of what would happen in this last episode before the hiatus. Let’s briefly see what we mean together, and then focus on the second half of the season, starting to get an idea of ​​what awaits us with the anticipations of the 5 × 11 and when Riverdale 5 returns after the break.

Archie and Kevin are busy with a parent-teacher night at Riverdale High, plus Andrews has to figure out what his general’s intentions are, who has come to town to offer him a medal. Suddenly the school is attacked by inmates from Hiram prison, who managed to escape.

In all of this, Jughead absolutely has to solve his writer’s block and so resorts to drugs, under Tabitha’s control. After a series of hallucinations, the young man disappears from the bunker, leaving traces of blood everywhere. At the Cooper home, however, Betty, Alice, and the twins have to face Charles and Chic, among the escaped inmates, who take Glen hostage. Fortunately, they manage well.

Hiram, unable to buy the maple forest from the Blossom family, orders Reggie to find a solution and the latter decides to set fire to the trees. Cheryl and Penelope thus pray to the ancestors for the wind to change. Finally, Veronica is forced to stay in New York longer than expected, now that divorce could be a serious problem due to a series of investments by Chad.