[SPOILER] Boruto: an unusual adventure for Boruto and Kawaki in the preview of episode 236 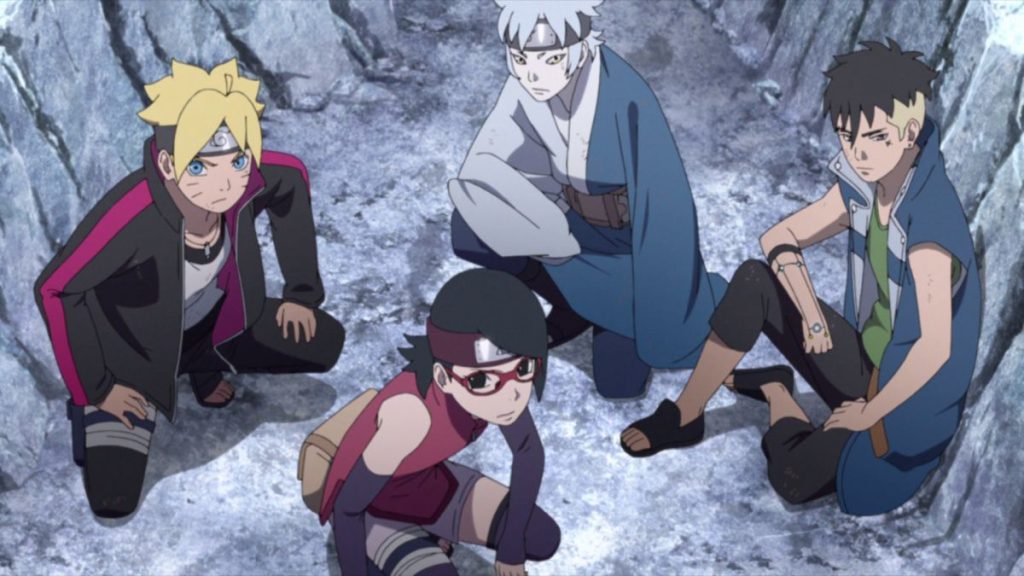 Periodically the anime of Boruto: Naruto the Next Generations moves away from the events narrated in the manga to deepen secondary characters, or originals of the anime itself, and complex situations that occur outside the boundaries of Konoha, such as what led them to island of Dotou, where they will have to deal with an unexpected phenomenon.

Episode 235 showed the protagonists arriving by sea, accompanied by Kagura, Buntan, Hebiichigo, and Kyoho , near the Dotou island, where Denki of Team 5 should be, with whom they have lost contact. The mission leads Team 7 to split up. In fact, Sarada and Mitsuki are in charge of monitoring the situation, while Boruto and Kawaki must observe suspicious movements around the place. However, as shown by the final scenes of the episode, on the evening of their arrival, an enormous fortress appears in front of them and above the surface of the water.

According to the synopsis of episode 236 , entitled “Escape”, which you find at the bottom along with the video preview, were struck by that apparition, and under the orders of Kagura, Boruto, Kawaki and Buntan must collect information by infiltrating the immense building. Here the protagonists witness the terrible behavior of Tenma, second son of the pirate Araumi , head of the Funato clan who with his men is holding the entire Land of Water in check. Meanwhile Denki, whose traces had been lost, and his companions are reunited with Sarada and Mitsuki, elaborating a plan to rescue all the inhabitants of the island.

Finally, remember that a fan has created a video to summarize the best moments of the anime in 2021.