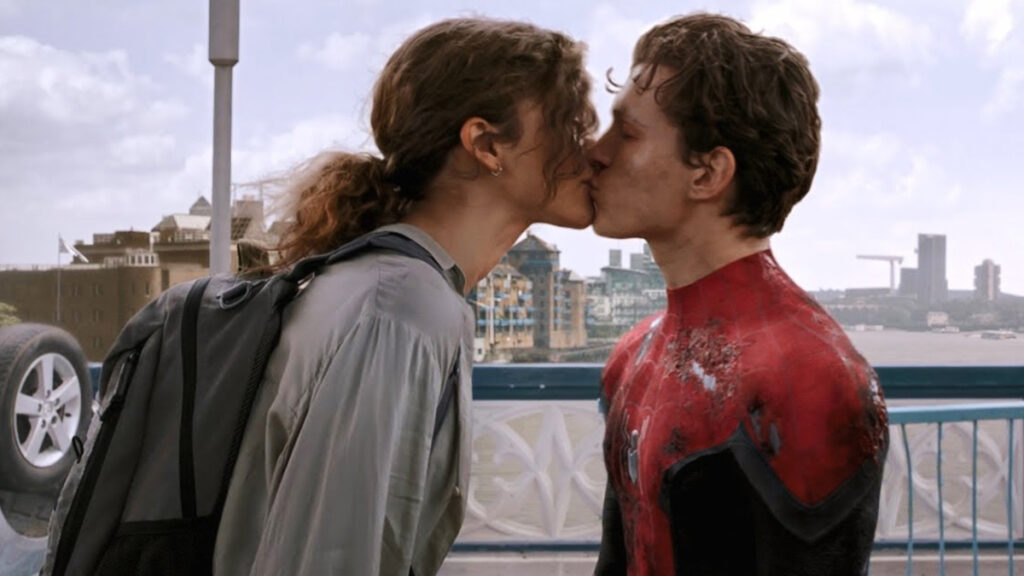 One of the confirmed romances of the year is the one involving Tom Holland and Zendaya, the couple who met while filming the first “Spider-Man” movies.

The 25-year-old actor was seen in the last hours in different commercial premises since now the media follows him everywhere. The first images with Zendaya came to light, so many look for more moments of the couple while enjoying the first weeks of romance.

In these hours, Tom Holland was seen in a Starbucks coffee while he was shopping in Encino, California. He was also seen passing a local Walgreens store, wearing a yellow T-shirt that was tucked into his light blue jean along with a pair of white sneakers.

Tom and Zendaya were seen returning to Los Angeles on Wednesday after a getaway to Santa Barbara for the July 4 weekend.

The two of them dined in a nice, informal restaurant. They were seen entering the venue, sitting down, and then enjoying a low-key dinner. The next day, July 5, Zendaya and Tom played miniature golf at the hotel where they were staying.

Zendaya took some photos of Tom. They laughed, hugged, and hung out. They also had lunch together at the hotel and relaxed by the pool.

Although they have not yet confirmed the romance in front of the media, they were already captured by several photographers while kissing and hugging inside the actor’s car.

The third is coming

The couple is just finishing production on the third “Spider-Man” movie, which will be released in December. A few months ago some photos of the filming were leaked and it is known that the story will take place during Christmas.

The first official trailer is expected to appear in the coming weeks. How the plot will unfold is not confirmed yet, but the love bond between Tom Holland and Zendaya will be central.