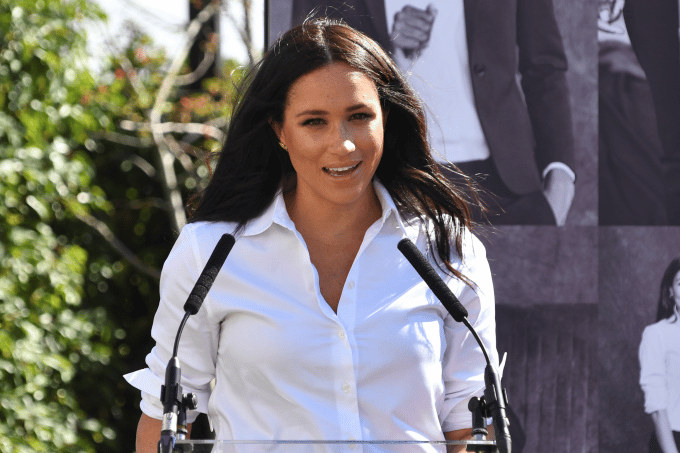 The Duchess of Sussex, Meghan Marklecriticized the way Hollywood portrays Asian women in its productions on his podcast on Tuesday, 4. Prince Harry’s wife discussed their representation in films such as Austin Powers and Kill Bill and also spoke about his own experience of Korean culture in the United States. “The Dragon Lady, the East Asian seductress whose mysterious foreign allure is scripted as tempting and deadly; it seeped into a lot of our entertainment. But this toxic stereotype of women of Asian descent doesn’t just end when the credits roll,” she said.
+ Back in the UK, Meghan Markle talks about being an ‘outsider’
The Duchess added that American films are largely responsible for presenting caricatures of Asian women by representing them as overly sexualized and aggressive. One of the show’s guests, Asian-American journalist Lisa Ling, said she was named the sexiest reporter on a Rolling Stone magazine list, which led to a series of racist abuse in the aftermath. Continues after advertising “Someone at my workplace cut out that article, drew slanted eyes over my eyes, and then put it back in my mailbox. It was as if every core of arousal I possessed just disappeared,” she said. She added, “It was so devastating that someone I saw every day at my place of work, where we were supposed to be comfortable, just harbored those feelings about me and had the courage to make it racial.” Actress Lucy Liu, who played O-Ren Ishii in Kill Bill, has already defined her character on several occasions as a “cunning and deceitful Asian woman who uses her sexuality as a powerful tool of manipulation, but is often emotionally and sexually cold, what threatens masculinity”.
+ Meghan Markle’s target in new feminist podcast on Spotify
“Kill Bill features three other female professional killers besides Ishii. Why not call Uma Thurman, Vivica A Fox or Daryl Hannah the Dragon Lady? I can only conclude that it is because they are not Asian. I could have been wearing a tuxedo and a blonde wig, but I still would have been labeled that because of my ethnicity.” Speaking about her own experiences with stereotypes, Meghan Markle said that she had visited a typical Korean bathhouse – called a jjimjilbang – for years to spend time with family members and that she only started to pay attention to the stigmas suffered by Asian women in years. later. Continues after advertising