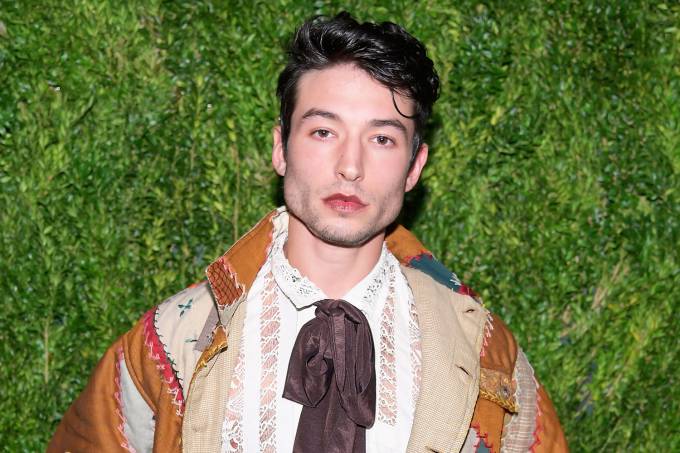 It’s not today that Hollywood has a problem with first and last name on its hands: Ezra Miller. This Monday, the 17th, the actor pleaded not guilty in a trial in the US state of Vermont, in which he responds for breaking into and stealing bottles of liquor from a neighbor’s house. If convicted of the crimes, Miller could face up to 26 years in prison, giving even more headaches to movie industry bigwigs, as he integrates prominent franchises like The Flash and Fantastic Beasts. According to Variety, the case would have happened on May 1, when Miller broke into the empty residence. After investigations, the local police found the disappearance of a series of bottles of alcoholic beverages, totaling 900 dollars. The actor has been making police headlines since 2020, when he was caught in trouble in a bar where he seemed to hang a fan. Since then, he has been arrested a few times for fights and even harassment in Hawaii. He has already received restraining orders to stay away from teenagers and has been accused of sheltering a mother and her children in a dangerous environment for children, with excessive use of drugs and weapons scattered throughout the house. The series of scandals has given the actor a headache not only for the actor’s lawyers, but also for the public relations team at Warner Bros. Discovery, which has Miller in key roles in two of its main franchises – the DC Comics films, including The Flash, and Fantastic Beasts, the Harry Potter spinoff film series. During the recordings of The Flash, the actor would have had “frequent breakdowns” and was “going crazy”. Even so, the studio decided to keep the film on its calendar, and a source revealed to Variety that the team supports Miller’s decision to seek professional help. In a recent interview with Elle magazine, actress Issa Rae, who signed a million-dollar deal with Warner last year, opined on the case saying that Miller represents a “microcosm” of Hollywood, a kind of allegory of the limits the industry is. able to overtake to defend its offenders. “There is this person who is a repeat offender, who is behaving atrociously, and as opposed to shutting it down and shutting down production, there is an effort to save the movie,” she pointed out. “It’s just a constant pattern of abuse that will persist if Hollywood continues to insist on being that way.” The film industry’s connivance with its stars, especially with powerful white men, has been denounced for years. When #MeToo broke out in 2016, many women pointed out that abuse like Harvey Weinstein was taken for granted in the industry, and that much of the industry chose to turn a blind eye and silence its women in the name of careers and rich box office. “Hollywood is the worst industry when it comes to punishing people for bad deeds, because money will always reign supreme,” Rae concluded. Continues after advertising