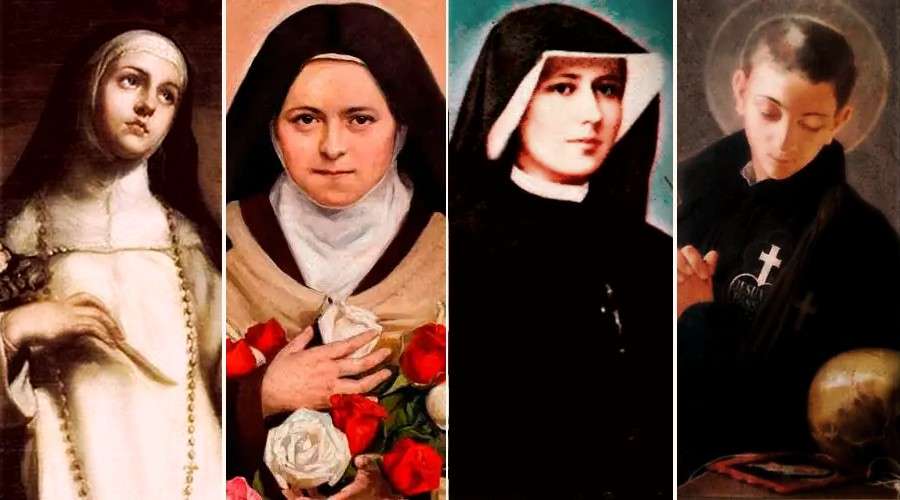 This March 24 marks World Tuberculosis Day, in memory of the discovery of the bacteria that causes this disease, by Dr. Robert Koch in 1882, and to raise awareness about the impact of this disease on the health of thousands of people. people.

PAHO noted that this year’s theme is “Invest in Ending TB. Let’s save lives”, to remember that “the urgent need to invest resources to intensify the fight against TB and achieve the commitments made by world leaders to end this disease”.

Last year, on the occasion of this date, Pope Francis prayed in a special way for tuberculosis patients and their families, expressed his concern for the care of people who suffer from this disease, and encouraged greater solidarity with them.

“May this occasion favor a renewed impulse in the care of such a disease and a greater solidarity with those who suffer from it. On them and their relatives I invoke the consolation of the Lord”, said the Holy Father.

Below, we present the testimony of some saints and blessed who suffered from this disease, and who gave an example of strength in adversity and full trust in God.

1. Saint Gabriel of Our Lady of Sorrows

Francesco Possenti was the eleventh of thirteen children, lost his mother at the age of four, and had to be raised by his father and older brothers.

Despite being a somewhat frivolous and vain young man, he faithfully went to Mass and had a great devotion to Our Lady of Sorrows. After hearing the Virgin call him to religious life, Francisco enters the novitiate of the Passionist Order, where he receives the habit and takes the name “Gabriel de la Virgen Dolorosa”.

At the age of 23, he contracted tuberculosis and left for the Father’s House on February 27, 1862. Saint Gabriel left behind a great example of renunciation of the vanities of the world and total trust in the Blessed Virgin Mary.

Isabel Flores de Oliva was born in Lima (Peru), was better known as Rosa, due to her beauty, and was a Tertiary in the Order of Santo Domingo, that is, a woman who dressed in a white tunic and black mantle, leading a life consecrated to God, but in his house.

Throughout his life he sought to imitate the most famous Dominican tertiary, Saint Catherine of Siena, whom he considered his spiritual mother. She devoted herself to prayer, penance and watched over the sick.

Teresa was the last of five sisters. When she was only five years old, her mother died, and she was raised by her sisters and her father. She entered the convent when she was only 15 years old, leading a simple and holy life, doing everything with love and with a filial trust in God.

The saint promised to strive to practice charity with everyone, especially with those she did not like, she performed small works of charity every day, and made small sacrifices even if some seemed unimportant. These acts helped her to a deep understanding of her vocation.

She died of tuberculosis at the age of 24 and was proclaimed a Doctor of the Church by Saint John Paul II in 1997, the centenary of her death. Thus, she became the third woman to receive this title, after Saint Catherine of Siena and Saint Teresa of Ávila.

At the age of 15, Faustina began to have concerns about religious life. Her parents opposed her desire to consecrate her life to God, which discouraged her for a while, until, while she was praying, she felt that Jesus was asking her to leave everything and go to Warsaw (Poland) to enter the convent.

Faustina entered the congregation of the Sisters of Our Lady of Mercy, and from 1931, she received a series of messages from Jesus about the devotion to Divine Mercy, which she later wrote in a diary of more than 600 pages to reveal to a world in need of God’s love.

On October 5, 1938, after suffering from tuberculosis, Faustina was called to the Father’s House. In the year 2000, she was canonized by St. John Paul II, who established the second Sunday of Easter as “Divine Mercy Sunday” and the day of her death as her Feast.

Genaro lost his father when he was 12 years old, which led his family to poverty and abandonment. He worked as a tailor to support his family, but soon decided that his vocation was consecrated.

He attempted to enter the Capuchin order, but was refused on account of his health. Finally, he was accepted as a lay brother in the Redemptorists serving in his order as sacristan, gardener, porter and tailor, his father’s trade.

Genaro endured the slander of a woman with exemplary meekness and patience, and was recognized among the parishioners for his solid values ​​and upright morals, in addition to his charity and generosity among the most needy.

He died in 1755 at the age of only 29 due to tuberculosis, and is considered the patron saint of pregnant women.

Karl Leisner was born in Germany, from an early age he felt the call to the priesthood and entered the seminary in Munich when he was 19 years old. In 1939 he was ordained a deacon, but he fell ill with tuberculosis and had to be admitted to a hospital.

Leisner was arrested by the Gestapo, the Nazi secret police, and sent to the Dachau concentration camp, where the harsh living conditions made his health worse, but he never lost his joy.

Thanks to the help of the Bishop of the French diocese of Clermont-Ferrand, Mons. Gabriel Piguet, and a young woman named Josefa Imma Mack, he managed to be ordained a priest inside the concentration camp.

Leisner celebrated his only Mass on December 26, 1944 due to his failing health. He was released from the concentration camp on May 4, 1945, but his illness was in the final phase and he spent the last weeks of his life in a hospital in Munich, where he died on August 12 that same year.