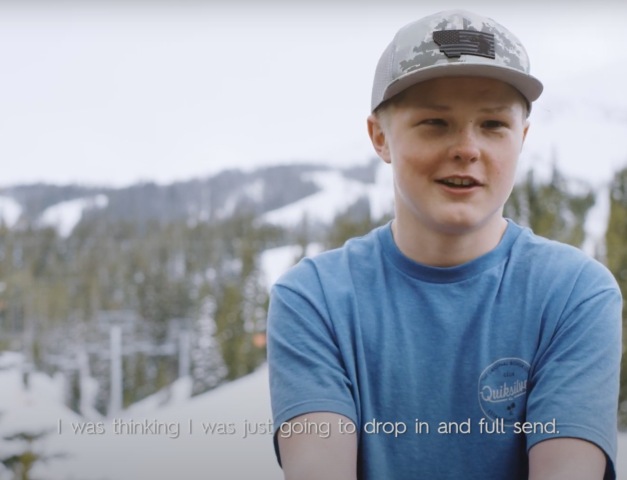 During a recent trip to the Big Sky resort, I met blind skier Jacob Smith and his mother, and asked them a few questions. They shared stories about the challenges they have faced with Jacob’s vision loss and the difficulties of being visually impaired. Their story reminded me of my own. I was a skier in the ’70s, and have a similar story to Jacob’s. Luckily, I have a very supportive mother.

Adaptive sports programs for visually impaired skiers are growing in popularity. The sport provides physical fitness and a sense of freedom. In addition, skiing develops social skills and motivation. The sport can be enjoyed by individuals of all skill levels.

The American Blind Skiing Foundation allows visually impaired individuals to ski. The program is free of charge. The ABSF also has a series of experienced guides who can assist the blind skier at different ski areas.

Despite being legally blind, 12-year-old Jacob Smith skied down Big Couloir at Big Sky Resort in Montana. He became the first blind person to ski down this run.

He has a family that is always there for him. He has three siblings, and his dad and his mother are both very supportive of his skiing career.

When he was 8 years old, Jacob’s vision started to fade. The doctors told him that his eyesight had deteriorated because of a meningioma in his brain. The tumor was about the size of a baseball behind his eye socket. The doctor also noticed that his optic nerve was bleeding.

During the course of his treatment, Jacob Smith had to undergo several surgeries and radiation treatments. He had his eyesight deteriorate in just two weeks. His father and mother decided to take him to an emergency room when his eyesight began to deteriorate. They were worried that the disease had spread to his eyes.