The editor Delcourt/Tonkam puts a coin back in the machine Junji Ito with the manga Raspoutine the patriot (Yûkoku no Rasputin). The first volume will be available on November 23, at a price of 7.99 euros. The 2nd volume is planned for the beginning of January. 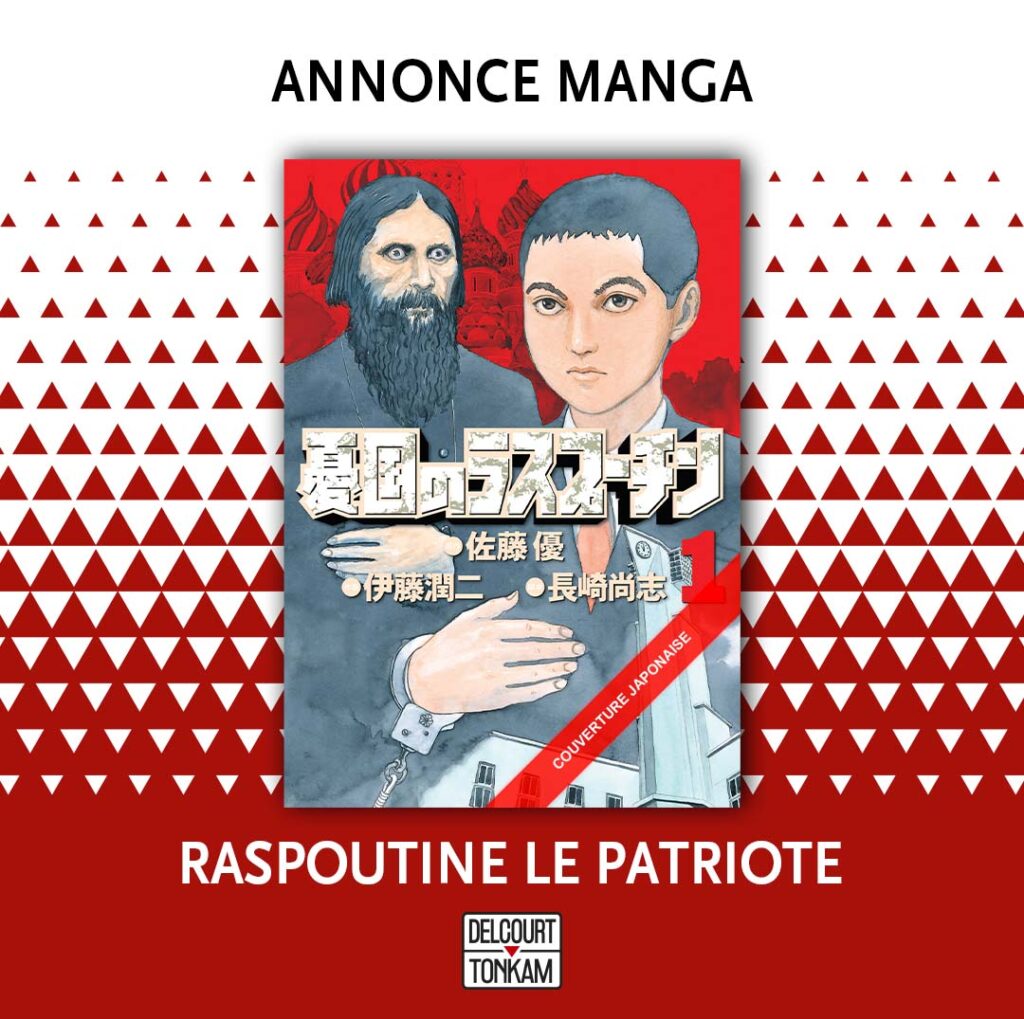 This series concludes in 6 volumes, written by Takashi Nagasaki (Billy Bat, ZIG), arrived in 2010 in the Big Comic. The publisher speaks here of a “geopolitical narrative” and the Kafkaesque autobiography of a diplomat accused of espionage, and who compares himself to Grigori Rasputin”. Masaru Sato, a former diplomat, is credited on the title as the story is based on his life.
Summary :
The so-called Rasputin of the Ministry of Foreign Affairs was arrested by the special brigade of the Tokyo Public Prosecutor’s Office. Why does this diplomat seem involved in the handover of the northern islands of Hokkaido by Russia? Based on the personal experience of former diplomat Masaru Satô, this story presents his fight against a prosecutor of the special brigade during his daily interrogations Source: Delcourt/Tonkam