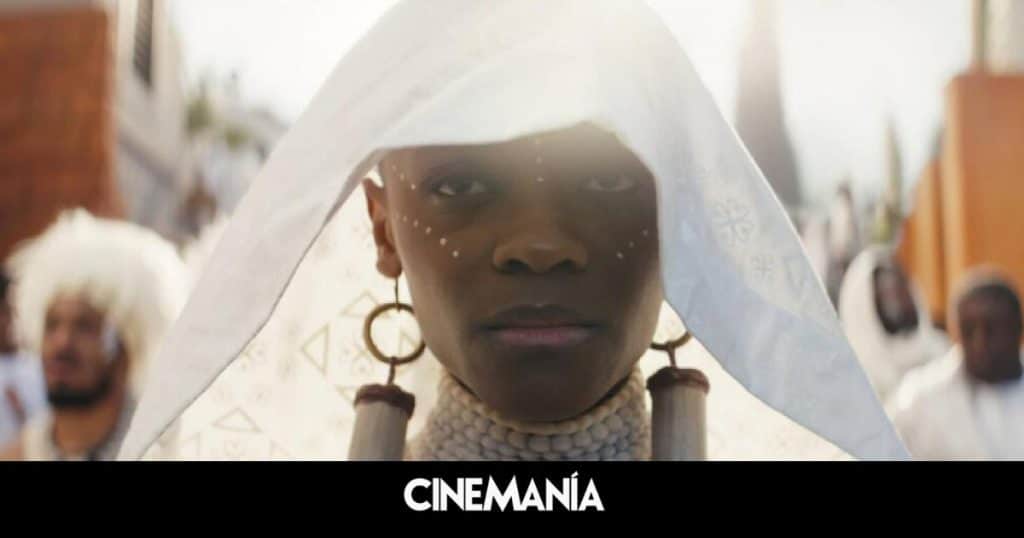 The first Black Panther It was a film full of internal tensions. His contagious enthusiasm for promoting a new imaginary, which had its roots in Afrofuturism to try out a partially decolonized gaze, was what moved him to become a popular phenomenon, his followers being forced to ignore certain impostures. Without going any further, his staunch defense of a status quo not only monarchical, but also geopolitical, which he endorsed through the protagonist and turning the questioning agent of the regime into a villain. Black Panther will always be inseparable from the sly face of Michael B Jordaneven more than that Chadwick Boseman whose sudden death has brought new confusion to the Marvel Cinematic Universe. The one who pretends, with Black Panther: Wakanda Foreverso much paying homage to Boseman as closing a Phase 4 marked by disorientation and the collapse of creative budgets that do not give more of themselves.Boseman’s Twitter account, operative to follow the race for the Oscar that he starred in posthumously, published the trailer for Black Panther: Wakanda Forever in parallel to the Marvel account. Wakanda Forever, as a film, is the organic continuation of such a problematic gesture.helping to capitalize on everything that Black Panther had not capitalized on by introducing into the equation such a disruptive element as another wakanda. With vibranium and thus similar international conflicts. The kingdom of Talokan, ruled by Namor (Tenoch Huerta), goes to shake the image that Wakanda has of itself in the style of what his friend Killmonger tried before, with a future that is once again conservative since the decision that Talokan and its inhabitants turn out to be the new adversaries. Everett K. Ross (Martin Freeman), brought back as a trailer for future series for Disney+, reminds us halfway through the film that we should be thankful that it is Wakanda that has vibranium and not the US, in an outburst of guilty self-awareness that is also very paternalistic and ideological dead end. Wakanda Forever, in short, faces the same dilemmas as the previous film, but has lost any poise to combat them.It is hard to find, in the entire history of the MCU, a proposal as weak and bland as this Wakanda Forever. Exhausted by her contradictions and by the death of Boseman (guarantor of diatribes about the succession that Letitia Wright is unable to sustain), the film limits itself to wandering for almost three hours through an unprecedented choral development, almost like a dynastic chronicle, which could seem fresh if it were not motivated by a furniture salvage lacking in conviction. A very sad feeling spreads in Wakanda Forever, and this is that the film is terrible because it has had no other choice but to be, because there was no way it could be anything else. Ryan Coogler as a director he seems equally exhausted, and so does his co-writer Joe Robert Cole introducing simulated jokes to reduce solemnity and reaching heights of embarrassment beyond those that neither Eternals (movie, seen in the Phase 4 ensemble, increasingly vindicatable) was able to get closer.Only one department seems free and happy with its role in this overwhelming mess, and that is the musical. As also happened in the first Black Panther, the exotic mix of references allows arrangements with imagination and heterogeneity, which now do feel like a fable to have another Wakanda in the plot. the work of Ludwig Goransson It comes to highlight the closest thing that Wakanda Forever has to a powerful moment, such as the presentation of Talokan, to be punctually sabotaged by the rest of the bungling. It is something that finally brings coherence to the diptych: both films presented new worlds, and both did not know how to prevent them from being alienated by ours. Wakanda Forever is nothing more than the tragic confirmation of a losing battle, and of a cultural neurosis that Marvel never knew how to control.

King T’Challa is dead, and in his absence it is his mother Ramonda who is to rule Wakanda. She does so at a particularly turbulent time, at the cost of the kingdom’s diplomatic problems and the emergence of a new world power: Talokan, ruled by the fearsome Namor.

VERDICT: Perhaps the worst movie in the Marvel Cinematic Universe, or at least the one that seems most tired of everything.