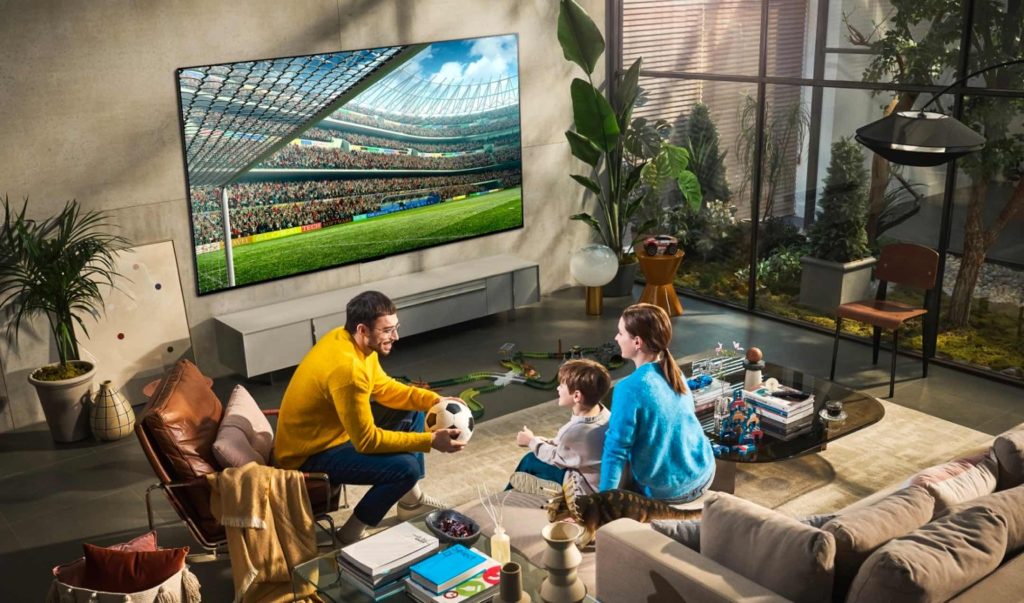 Competition in the field of OLED televisions is increasing and that is why we see that manufacturers are doing everything they can to distinguish themselves from the competition with their own names and terms. OLED.EX is one of the terms we’ve been seeing lately and is a development of LG Display. OLED.EX uses the heavier deuterium instead of hydrogen. This should not only provide a more efficient (30 percent brighter) panel, but the deuterium-based materials also have a longer lifespan. The OLED.EX panel also uses a new algorithm, based on machine learning, to use the required power more efficiently. According to LG Display, this should lead to a more accurate representation of color and detail. There are still many OLED televisions on the market that use the standard (old) OLED panel from LG Display, including the B series and some model numbers from LG’s own C-series. Other manufacturers also use the standard OLED panel, often for the ‘cheaper’ OLED models. From now on, all newly produced OLED televisions whose panel is made by LG Display will be equipped with an OLED.EX panel. It is expected that next year all new models will be equipped with this. Models that are still in the shops can still have a standard panel as they are already assembled.