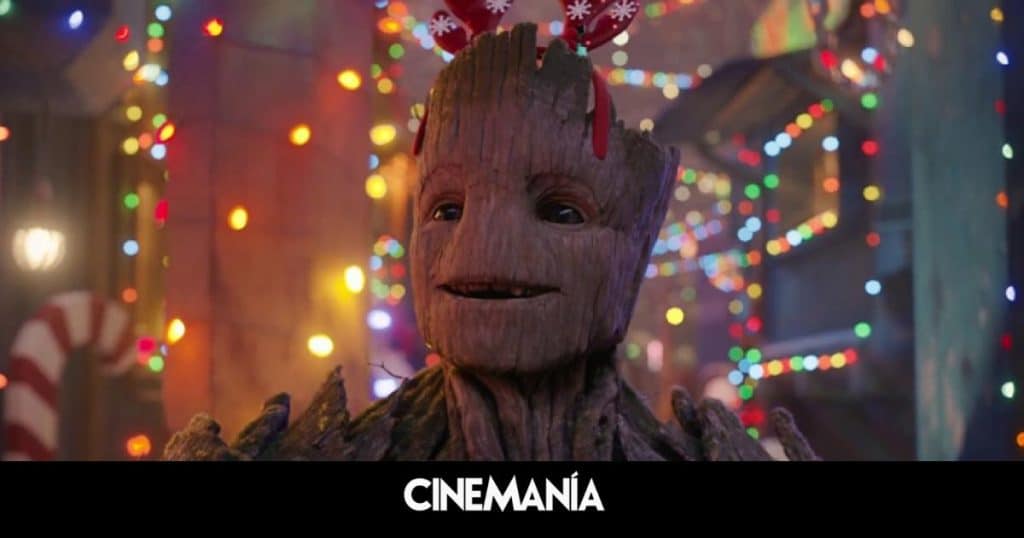 At the end of Guardians of the Galaxy Groot sacrificed himself for the family, but that did not imply his death: almost instantly this anthropomorphic tree was reborn like a phoenix, with a different appearance than before. The creature with the voice of Vin Diesel was pushed to grow again, going through different phases that have been shown in the following films: the volume 2 from Guardians of the Galaxy, the diptych of Avengers: Infinity War Y end gameand finally his brief appearance in Thor: Love and Thunder. We’ve seen Groot as a baby, as a toddler and as a gangly teenager, and now we can meet him again thanks to the special happy holidays of Guardians of the Galaxy that has just arrived on Disney+.In this 40-minute piece, a prologue to the volume 3 of Guardians of the Galaxy that will mean the end of the saga (and the final farewell to James Gunn from the Marvel Universe), Groot doesn’t have a big role, but he grabs all eyes when he appears. Not only because of his usual adorableness, but also because he’s changed a lot since the last time we saw him: he now has a larger wingspan, with a musculature that refers to the appearance of Vin Diesel, who doubles him (that is, who repeats himself over and over again). time ‘I am Groot’) for some time now. What has happened? Well, in order to find out, fans have taken advantage of the fact that Gunn is very active on social networks. A user has asked him directly why Groot looks like that in the special, to which Gunn has replied: “Well, the young adult Groot, or ‘mashed Groot’ as we call it, is growing, both out and up. Now he has a beefier psyche and is more outgoing.”. The director reference alludes to the slight change in character that he has undergone since he was a grumpy youngster in the Guardians of the Galaxy: Volume 2. “Like many people (or like many creatures) you are more positive as a young adult than as a surly adolescent”. The ‘Groot mashed’ could be kept ahead of Volume 3, which would hit theaters on May 5, 2023.

“Created 100% by computer thanks to the fantastic guys at Framestore and Weta Digital”, Gunn continues. Before, the filmmaker and new president of DC Studios together with peter safran clarified that the holiday special connects directly with Volume 3, while presenting elements that the later film will maintain, such as the Bowie ship or the presence of Cosmo the Space Dog, which he dubs Maria Bakalova. “In a way, the Happy Holidays Special is a Trojan horse, to introduce things that will be important in Volume 3. So I don’t have to spend time explaining it for the next movie,” revealed.Do you want to be up-to-date with all the new movies and series? Sign up for our newsletter.