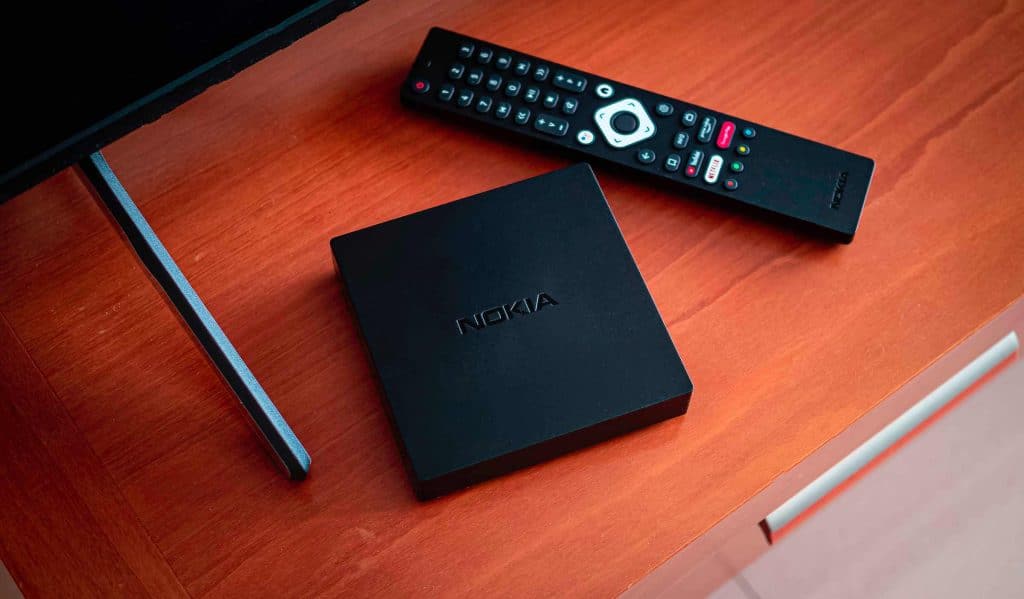 Last year we extensively tested the Nokia 8000 streaming box. The media player has a number of cool features – such as being able to connect external drives and accessories – and also some things that don’t go so well. Think of the standard HDR mode that causes problems. The Nokia 8010 is therefore an improved version of the 8000. The new model still offers access to all kinds of streaming services, including Nvidia’s GeForce Now for gamers. However, the experience must be improved, including 4GB of RAM, 32GB of storage memory and a more powerful processor. There are also three USB ports, which is one more than the previous generation.In addition, the Nokia 8010 streaming box comes with Android TV and access to all services that can be viewed via Android, plus Bluetooth, Chromecast built-in and Google Assistant. 4K, HDR (HDR10) and Dolby Atmos are also supported. In addition to WiFi, you can use Ethernet. You use an app (for streaming) or the supplied remote control to operate the Nokia 8010. In addition to the usual buttons, there are buttons for Netflix, YouTube and the Google Assistant. The buttons of the remote control are illuminated. The Nokia 8010 streaming box will cost 159 euros.